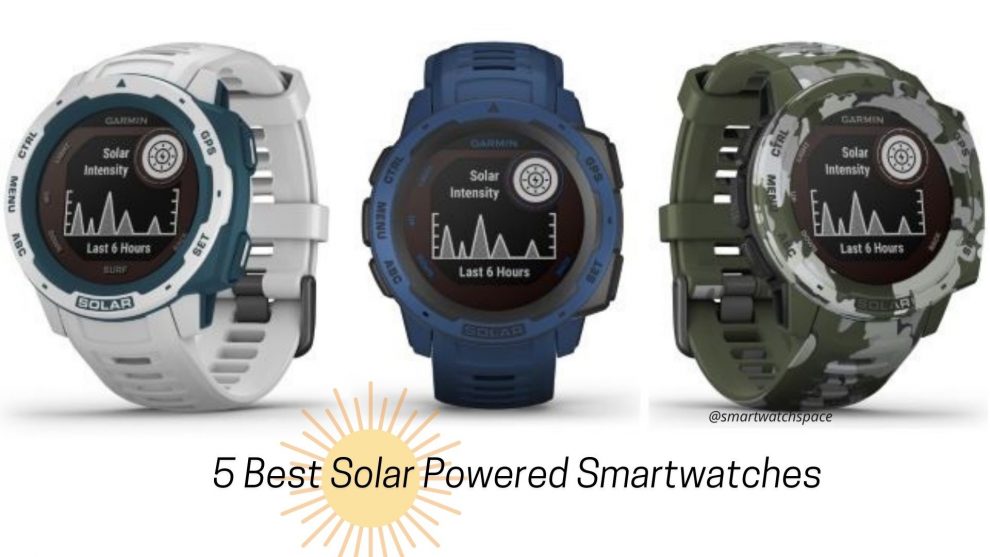 Solar energy has emerged to be the one of the most abundant but undermined resources existing in the current world. We should always ensure that we are maximising the usage of solar energy in our day to day life. It’s just about creating small changes in our daily lifestyle; one of such changes would be making use of solar powered smartwatches in place of normal watches or battery powered smartwatches.

As we have seen, there is a large demand of always on display smartwatches now days, such smartwatches consumes a lot of battery. Solar smartwatches can be a best alternative in such way, where we can use solar energy for quick charging of the smartwatch.

What is a Solar Powered Smartwatch & why do you need them?

Have you ever been in a situation where you needed your smartwatch but it ran out of battery? Isn’t that frustrating? Looks like the right time for you to upgrade to the next generation of smartwatches, i.e. solar powered smartwatches.

They are basically smartwatches which run on solar energy, they use of photovoltaic cells that convert sun rays to electrical charge.

It becomes much more efficient in comparison to its regular one. These smartwatches powered by photovoltaic cells can be charged whenever a proper amount of sunlight is available; eradicating the problem of your device being discharged halfway through the day. But guess what?

Even if you are not having access to direct sunlight, that doesn’t mean that your device cannot be charged, artificial light sources (fluorescent lamp or incandescent lamp) as well as charging via electricity just as a normal smart watch can also work.

It is seen by some users that even after they turn on their watches after not being used for months the battery was still remains to be the same as it was before which proves the fact that the power in these watches is only utilized when you are using it whereas the normal smart watches tend to have maximum battery life lasting as long as 4 to 5 days.

A wide variety of solar powered smart watches are available in the market, Garmin being one of the leading manufacturers of such watches in the current market. Here we are listing some the best models available to purchase: 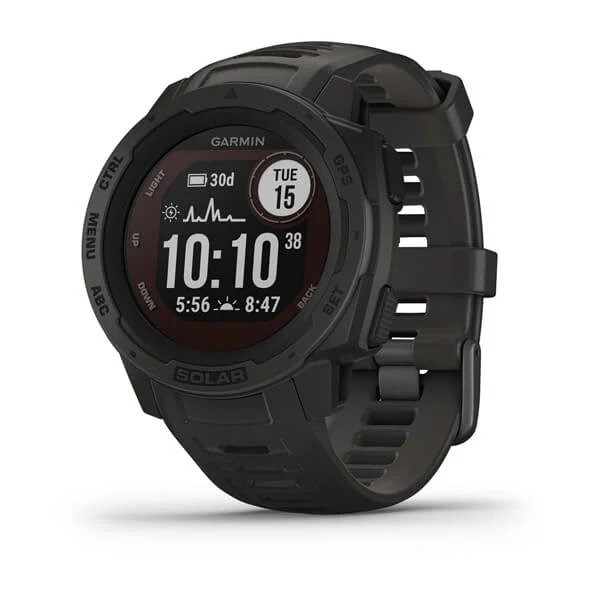 It has a military grade design and is built to the US Military standard 810 which makes it thermal, shock & water resistant. It has the most accurate calorie counter and can measure pulse/heart rate more precisely than any other solar powered smartwatch which makes its data more reliable. 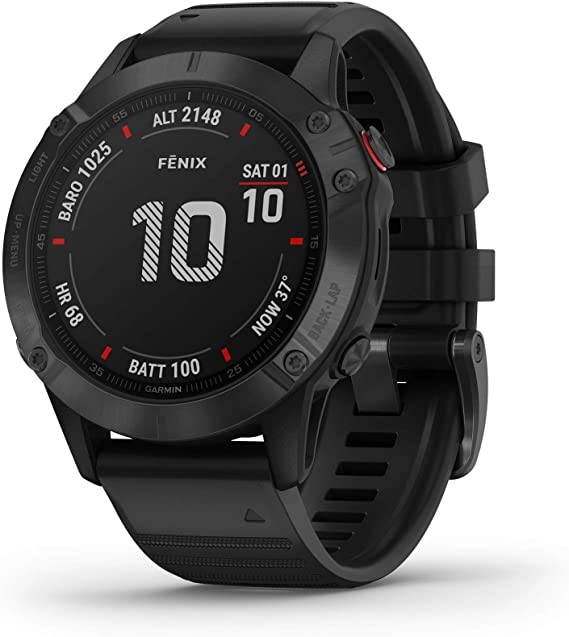 This is the best watch in the league of solar powered smart watches. It is a lightweight device and it is great for general fitness and it may seem more like fitness watch to you and is highly recommended for athletes and health enthusiasts as well. One mlre exciting feature of this device is that you can enjoy streaming music on amazon prime music, spotify as sell as deezer and this particular feature is exciting as it is not available in most of the Garmin smartwatches. 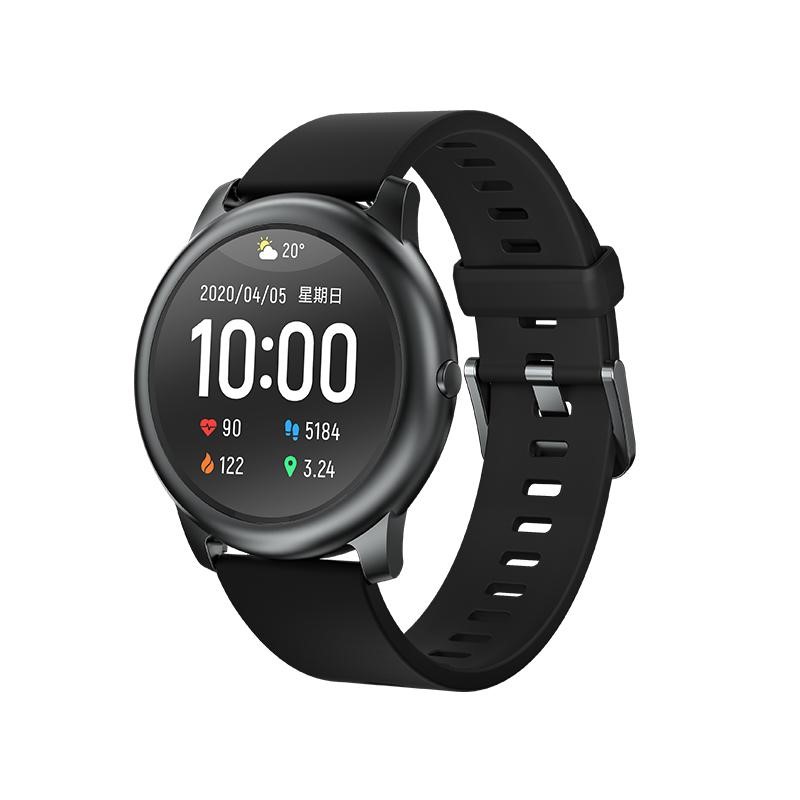 This is one of the cheapest solar powered smartwatch. It is by far the best budget solar smartwatches and even beats some of the costlier ones in its league. It is lightweight and has a very sleek design and doesn’t even feel like a budget smartwatch. It’s the Xiaomi’s eco system that makes this device even more better. 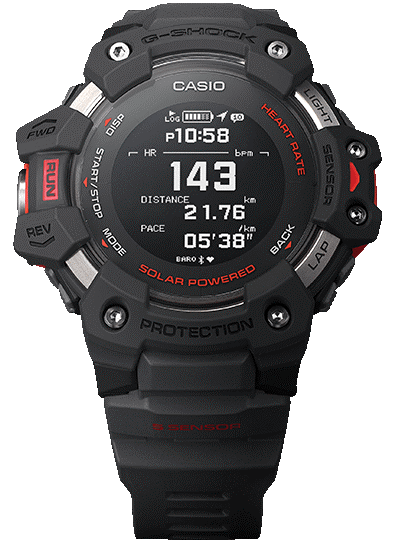 This device comes with military esque vibe and has a thick build, also provides rough texture to you although it comes in a colourful version too. It has GBDH100- new time piece that charges from the sun which obviously an upgrade from the previous watches. The branding of Casio also provides nostalgia to the old classic watches. Casio states that the battery lasts 2 years when it is used only as a device for seeing time. 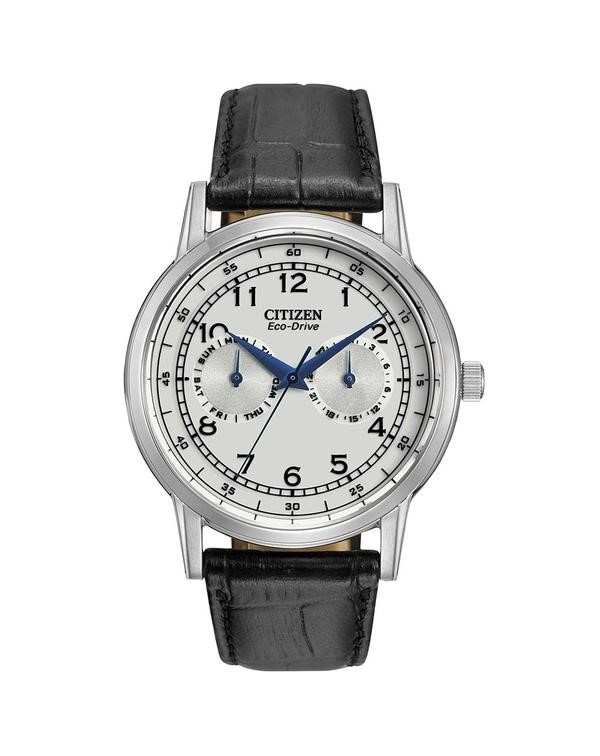 Now this is a whole range of solar powered smartwatches and every watch in the range comes with some common features of making calls, track steps, finding directions and a long lasting battery and gives a traditional look to the person wearing it. There are many inbuilt functions available in them and we can download more features from the Riiver store. These are just new in the market and so it is suggested to give them a try.

So these are the 5 Best smartwatches which can work with solar energy, if you want to read more about such smartwatches you can visit the smartwatchspace. Here you can find the detailed review, comparison of various wearable.

Why does a guitar need an amplifier?

How to install free VPN for Firestick

The Coolest and the Cheapest Gaming Gadgets of 2020