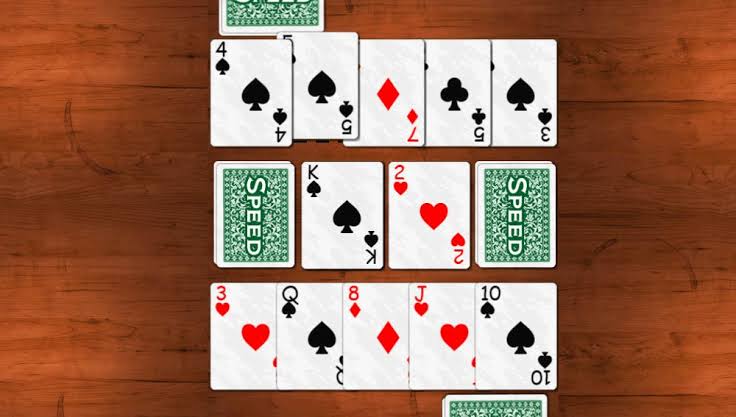 Card games have emerged as one of the best ways to spend time. It is indeed one of the most convenient options of entertainment if it is raining, snowing, or storming outside. Card games have no age limit. People of all ages can play card games and indulge in maximum fun. Card games are quite innovative and make you exercise your mind. For some people, card games hold significant relevance, especially during the Diwali festival. You do not have to spend a fortune to buy the cards. Only a paltry amount of money will cost you to acquire the cards. When you undertake a trip with family and friends, you can rely on these games.

Given below is the helpful guide for some of the best card games:

The card game is popularly known as Gin Rummy. It uses a regular 52 card deck and King is considered as the biggest card. Ace is considered as the lowest card. The game is ideal for 2 people. The major objective is to gain as many points as possible by forming a set of cards (like 3 of a kind) and runs. In Gin, every player will be given 10 cards. And, the remaining cards will be kept in a stockpile with the topmost card remain turned over. It is up to the non-dealing player to pick it. In case he decides not to pick it, the choice will be shifted to the dealer.

The game has numerous variations of runs and sets that players can make in the game. The game offers a huge scope to form interesting combinations.  If all your cards are in different sequences, you can “go Gin” that has become the most worthwhile way to win the game. The rules of the game are quite easy to understand.

The game has also emerged quite popular among card game lovers. The rules of the games are not complicated at all. Every player will get seven cards and the remaining cards will be kept in a stockpile in the center. The dealer grabs the first card on top of the stockpile and keeps it in the middle with its face in an upward direction. The major goal of the game is to dispose of all the cards in your hand. The first person who manages to get rid of all the cards will be declared as the winner. A person can throw away a card from his deck if one of the cards in his hand matches the number of the card that is face-up in the pile. The game has become quite popular and people of all ages are fond of it.

The popular card game Blackjack begins with players making bets. In the game, the dealer deals 2 cards to the players and two to himself or herself. One card will remain face up while the other card will remain face down. All the cards will count their face value in the Blackjack card game. Picture cards are counted as 10 and the ace card will be either counted as 1 or 11. In the game, card suits will have no meaning. The total of any hand will be the sum of the card values in the hand. The players will need to decide whether to hit, stand, surrender, split or double down. The dealer will be acting last and will have to hit on 16 or fewer and stand on 17 via 21. Players will win their hand totals bigger than dealer’s hand or they have 21 or fewer when the dealer will bust. 7 players in maximum will be eligible to play the game.

Baccarat means zero and the card game is ideal for three people. The game has a simple aim. Each player will be dealt two cards and a total of the players’ card needs to be as closer to 9. In the game, one of the players can act as the dealer or bank. The game has quite an easy system of counting points. The king, queen, and jacks’ value will be 10 points each. The ace has been assigned the value of one point. In Baccarat, cards ranging from two to nine will have the same worth as their face value. The moment the first two cards are dealt, you will be able to grab the total of your cards and deduct 10 from it.  And, in case you are dealt a 10 or 9, you will become the winner (i.e.19 minus 10= 9). If luck is not on your side and you end up getting a six and a four (i.e. 10 minus 10=0), you will get Baccarat and become the loser. The popularity of the game can be gauged from the fact that it has been played since 1200 AD.

You can play any of the games mentioned above and spend your time in the most fun-filled manner. The games are ideal for people of all age and you can play them whenever you receive some friends over.

Garena Free Fire: Gameplay, Guides, and How to Download on PC

Pokemon ROM Hacks that will actually make your play Better

How Slots Games are Winning at the Casino