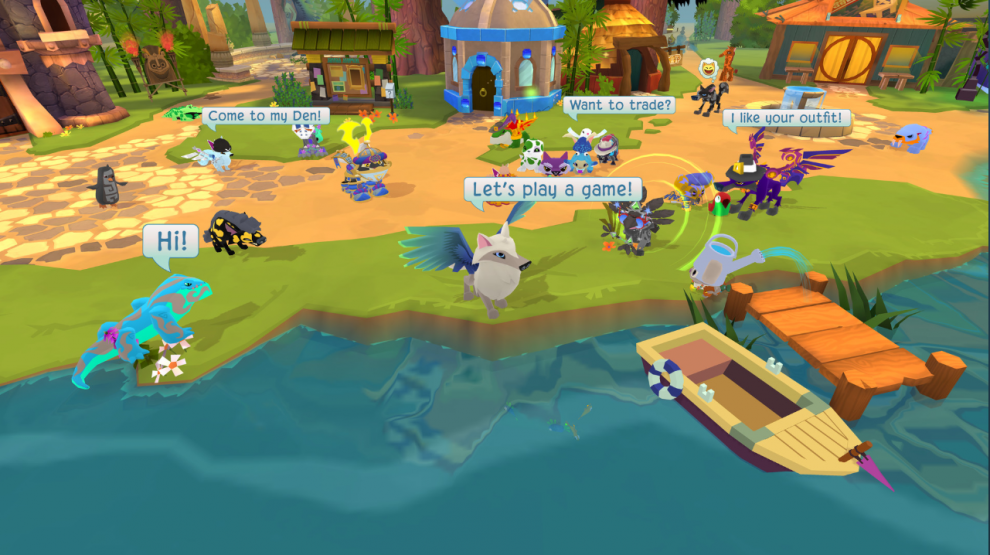 We all started playing video games as children. There is just something about the vibrant colors and neat animation that makes us drawn to the digital world. Whether you started with the historic platformer Super Mario or the educational benefits yet dark humor of Hangaroo as your first video game, we know deep down that our childhood memories include them.

Not to mention that most of our friendship revolves around video games. This happens when hanging out in your friend’s house, trying to beat each other’s high score, or simply exploring a game world through co-op play.

So it stands to reason that there will be modern video games geared towards children, both on mobile devices or major platforms like the PC or Playstation 4. Regardless if it’s for mindless fun or educational purposes, children will always have video games as part of their lives in this digital age. Almost all children living today are holding a smartphone already. They catch on pretty quick when it comes to learning a mobile game’s mechanics.

Of course, parents have to look out for their little ones, especially since not all games are appropriate for children. It’s also easy for children to dive into a device’s app store and search around. There are times when their curious minds might download a game meant for mature audiences. This is something alarmingly common in the modern age, as most apps, if not all, lack the security feature to keep children’s eyes away from such content.

Moms and dads have to make sure that the game they’re going to invest in is free of unnecessary violence, which is mostly in shooter games or gory action role-playing games. They should also be free from potential bullies or abuses that lurk around in online games. They could also be criminals who ask for the private information of others with the intent to do children harm. These things mentioned should not be a part of kids’ games, on top of being a fun and interactive digital world.

So deep within the huge library of video games available in the market, one could only ask if there is such a game that meets all this condition. One could only assume such a game is quite rare. Well, luckily for you, we’ve found that game. And reputable people in the education industry developed it. It’s probably the best interactive game for kids in the mobile market, and its name is Animal Jam – Play Wild.

What is Animal Jam – Play Wild? 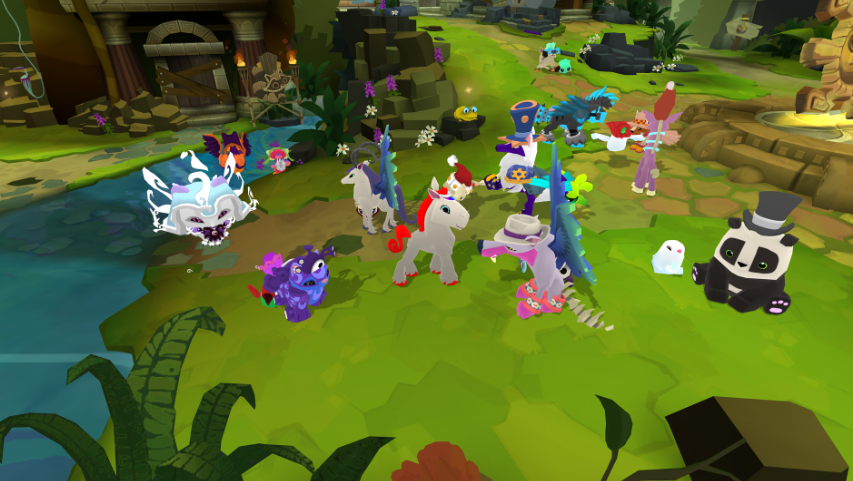 Animal Jam – Play Wild is a fun and interactive 3D video game for kids developed by WildWorks and the National Geographic Society for iOS and Android devices. The game reflects the classic Animal Jam virtual world launched in 2010. The original game was meant to be a browser game, but a downloadable version became available in 2017.

Players take the role of different animal avatars in the game as they travel around the world of Jamaa, the game’s tropical wonderland of animals. What makes this game unique is having the ability to customize your animal avatar any way you want. You can dress them up or even change their colors to suit your taste.

Since it’s an online game, kids can socialize with other players through their avatars, which is an integral element for any child in the developmental stage. Parents wouldn’t need to worry about who their kids come in contact with within the game. The chat is closely monitored and guardians can control what their young ones see in the game’s chatbox.

National Geographic and WildWorks made the game with the intent to teach children about the environment and the animals around them. It is also designed to keep children engaged and exercise certain skills while they are still growing. All of these are in the form of engaging mini-games, and they can be found as players explore the world of Jamaa.

How Do We Play This Game? 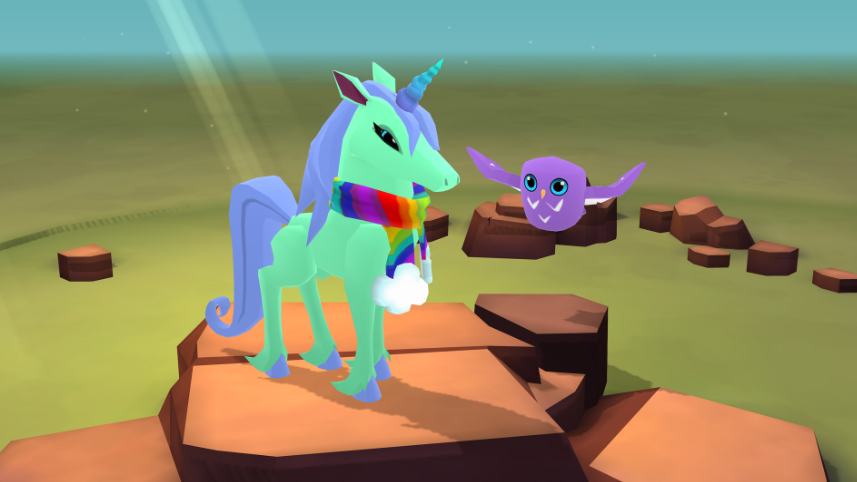 Once you’ve downloaded the game, you will be immediately taken to the character selection screen to choose your avatar and make the initial customization. The game refers to you as Guest Jammer until you choose a name on the list it provides. Once you’ve chosen the name, you will find yourself in an area with a bunny guide.

The guide will teach you how to make the final customization to your character, which involves changing its color before it takes you to the world of Jamaa. Animal Jam – Play Wild plays like a Massive Multiplayer Online Role-playing game for children, as you get to hang out in an open world with other players of the game. You can even chat with them and party up to play some mini-games.

The game also offers you a “Den,” which functions as the player’s home in Jamaa. Like your character, you have full customization freedom inside your den and can place various objects like plants and furniture to make it more suited to your taste. You can buy more objects for customization at the shop with in-game currency.

The game’s main features are interaction, exploration, and education. You can travel across multiple locations in Jamaa. They each have unique designs that make the experience feel like you are truly living inside a new world. Chatting and partying up with other animal inhabitants of Jamaa is also highly encouraged, as some tasks are challenging or simply dull when you are solo.

The tasks take the form of mini-games that allows players to earn gems, which functions as the world’s currency. Lastly, with the help of Nat Geo, the game provides a plethora of knowledge about animals and the environment, as loading screens offer fun trivia about the different “denizens” of the animal kingdom.

Like the original game, players have access to the Animal Jam Academy, where players get access to downloadable projects and coloring sheets that aim to teach children in a fun and exciting way. There are also videos available in this academy, which kids can watch when they’re not playing the game.

Why is Animal Jam – Play Wild the Best? 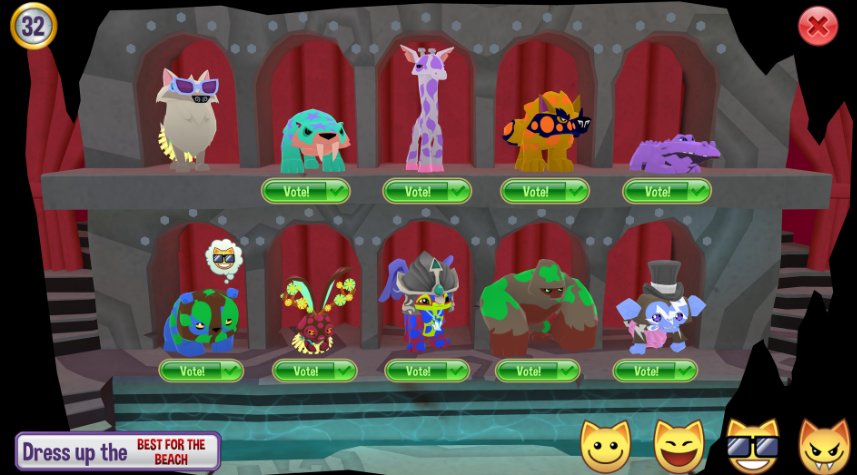 What separates this against other kids’ games in the market is its unique way of combining education and interaction in a single MMORPG game. Their wide content of mini-games, which can range from single-player to multiplayer, all aim to develop a particular set of skills. Challenge games like Block Break aim to develop a child’s dexterity, while creative games such as Masterpiece engage kids to test their imagination.

On top of its educational value, the developers continue to update the game by bringing modern trends into their game. This includes more items for customization, and even going as far as putting Augmented Reality into their game. That’s right, players will be able to dive into the world of Jamaa with the help of virtual reality. You can either enter it through the eyes of your avatar or simply as yourself, interacting with the cute, colorful animals around you.

Despite its massive content, there are always risks when it comes to playing online games, and the developers spared no resources in ensuring that Animal Jam – Play Wild is a safe environment for children. The game’s moderators work 24 hours a day, seven days a week to ensure that there are no abusers in the chat asking for the kids’ personal information or even bullying other players. They also have educational content that aims to guide players in taking precautionary measures online.

The game also gives parents full authority over their children’s game account for good measure. By activating the Parent Dashboard of Animal Jam – Play Wild, parents will now have complete control over some of the account’s social capabilities, such as trading, gifting, and chatting. The dashboard also tracks the avatar’s activity, which includes login records, payment transactions, and even sanctions the avatar has occurred.

Why Should You Experience this Game?

Overall, it’s a game that not only aims to develop the minds of kids but also ensures their safety. Ultimately, it’s a virtual world meant for children to learn, interact, and have fun while still adhering to the existing child safety laws of the real world, like the Children’s Online Privacy Protection Act, or COPPA. And we haven’t gotten to the best part yet, as what truly makes this game stand out is that it’s free! You can hop into your Android or iOS game store and download it, no charge!

And there’s no better way to know how great this game is than to experience it yourself. There are still other free game downloads for kids available in the market. But with the constant monitoring of the developers, and their consistency in bringing new features and updates to the game, not one has even come close to Animal Jam – Play Wild. It’s the best interactive game for kids.

So what are you waiting for? Come and join the growing gaming community in the tropical wonderland that is Jamaa!

Jonathan J Kingston is a video game enthusiast, gamer, and a veteran video game news writer for Games.lol. He spends his free time hunting for free game sites and testing their reliability.

9 Essential Tips and Tricks The Elder Scrolls Online Will Not Tell You!