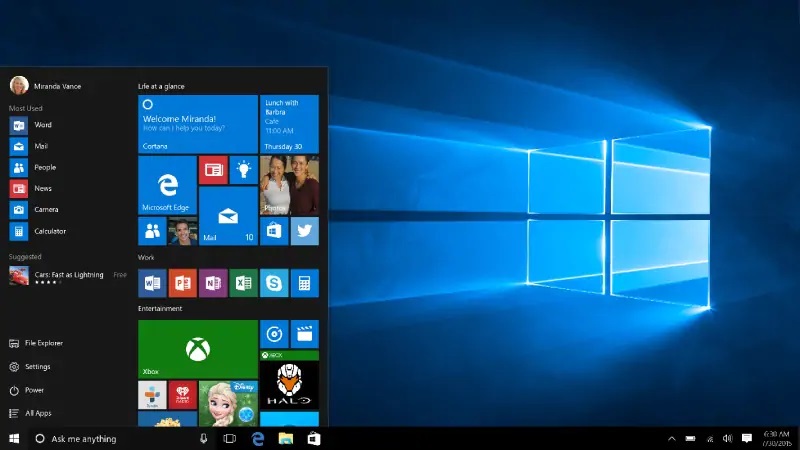 Windows 10 was first introduced to the market with a one-year free upgrade offer. From July 29th, 2015 to July 29th, 2016, users could upgrade-eligible Windows 7 and Windows 8 devices to Microsoft’s new desktop OS for free. Many users did take advantage of it, but for one reason or another, many others skipped the offer. No surprise, a day after Microsoft’s free offer ended, procrastinating users popped up all over the Internet, including our Windows 10 forums asking for information about how they could still get Windows 10 for free.

Last August, I noticed the free upgrade offer seemed to still be available and I wrote a short blog post about it. Throughout the month of August, some users were still getting notifications to upgrade for free, while others saw them disappear altogether. Eleven months have passed since the free upgrade ended; in fact, we are approaching the second anniversary of Windows 10 upgrade.

To those of you who are coming late to the party and still want a free upgrade: where’ve you been all this time? Anyway, whatever your reasons, let’s see how we can get you a free copy of Windows 10 now that the free upgrade ship has officially sailed.

How You Can Still Get a Free Upgrade to Windows 10

According to some participants on Microsoft’s Community forums, Microsoft might be forgiving to those who skipped on the upgrade. It seems you can get a second chance to upgrade to Windows 10 by simply contacting support. A Microsoft MVP responded to a participant inquiring about getting Windows 10 for free and this is what he said:

Procrastinators can breath a sigh of relief. A reply from a community forum participant, Martmcd, confirmed in a chat session with a Microsoft Answer Desk agent; the Windows 10 Free Upgrade Offer has been extended for 2 more weeks. The free upgrade launched on July 29, 2015, provides a full version Windows 10 upgrade for PC and devices running a qualifying, genuine, activated Windows 7 or Windows 8 license. The free upgrade was scheduled to last for one year. This week many users started scrambling at the last minute to grab the upgrade. Users who started the upgrade began hitting a widespread 99% hang using the Windows 10 Upgrade Assistant. Microsoft Forum Moderators reassured users who started the upgrade before the deadline, could contact chat support to get a reprieve.

If you are not interested in going through any support obstacles or loopholes, I discovered that you can upgrade without purchasing a license at all. You are probably wondering, “Well, why didn’t you just say so from the beginning?” Well, I could have, but I just wanted to provide all the options for users who wanted to go through official channels.

So, are there any legal challenges related to this? Microsoft did say the free offer ended in July of 2016. It seems that was more of a formality or possibly marketing mumbo jumbo to create a sense of urgency.

We have important information for those who want the August 2nd release of Windows 10 Anniversary Update today!

You can’t use a Windows 7 or Windows 8 key if you are upgrading. What you can do though is activate it using a Windows 7 or Windows 8 key after setup is complete; if you choose to perform a clean install. If it’s activated, then setup doesn’t prompt you. That’s it, you can upgrade without any further hindrance. There you go, my system upgraded from Windows 7 to Windows 10 in 2017 for free. Check out the video below.

Editor’s Note: I’ve also done this a ton of times using my Windows 8 Pro license key that came with my installation DVD. The way I see it: I did take Microsoft up on its offer to upgrade for free when it was available. But every now and then, I like to do a clean Windows install. It makes sense that I should still be able to use the original license key that I paid for to get back to where I was before my reinstall.

What if my system is not activated?

If your Windows 7 or Windows 8 license is not activated and you are not interested in purchasing a license, then your options are limited. You do have some options though. Microsoft offers a 90 day trial of its Windows 10 Enterprise edition. Windows 10 Enterprise is normally distributed under Microsoft’s volume license program for large organizations that deploy Windows 10 in bulk. It’s a full-featured edition of the operating system but in this case, it’s really an evaluation version of the software. Users must register before they can download and install the software. This option is perfect for those users who are running Windows Vista or never had a genuine license, to begin with.

One workaround users can use to extend the usage of the Windows 10 Enterprise trial is to join the Windows Insider Preview Program. Be advised, when you sign up for Windows 10 Insider Previews, you are electing to download, install and use pre-release software still under heavy development. The risk is indeed high as evidenced by a recent unintended delivery of internal rough edge builds not even intended for users interested in bleeding edge.

The job of a Windows Insider never ends, but thats the fun reality of being one. While the vast majority of the general population of computer users will be experiencing the Windows 10 Creators Update for the first time, on April 11th, millions of Windows Insiders will be preping their devices for the next revision. The next version of Windows 10 that follows the Creators Update is rumored to be called Redstone 3 or RS3. Anything can change, but for now, we will go with that. Here is a list of previous codenames used for Windows 10:

Microsoft’s Dona Sarkar, Software Engineer within the Windows Devices Group, announced on the Windows Blog today, Insiders should prepare for the next cycle. The announcement lets users know that the next revision of Windows 10 won’t be feature rich initially, as the engineers will need time to optimize the software code so developers can prepare to build new features on top. It is likely these early builds will be a bit buggy too, so, if you prefer waiting a bit, you can do so by pausing Windows Insider Updates until the code stabilizes.

Now comes our standard warning that these new builds from our Development Branch may include more bugs and other issues that could be slightly more painful for some people to live with. So, if this makes you uncomfortable, you can change your ring by going to Settings > Update & security > Windows Insider Program and moving to the Slow or Release Preview rings for more stable builds.

Additionally, if you are an Windows Insider who wants to stay on the Windows 10 Creators Update – you will need to go to Settings > Update & security > Windows Insider Program and press the “Stop Insider Preview builds” button.

Users do have the recovery options like rolling back within 10 days of upgrading – that is if you can boot the system. Regular backups such as creating system images, or storing files on OneDrive should make it safe enough to use Windows 10 Insider builds while getting a free copy of the software. But, again, use it at your own risk. 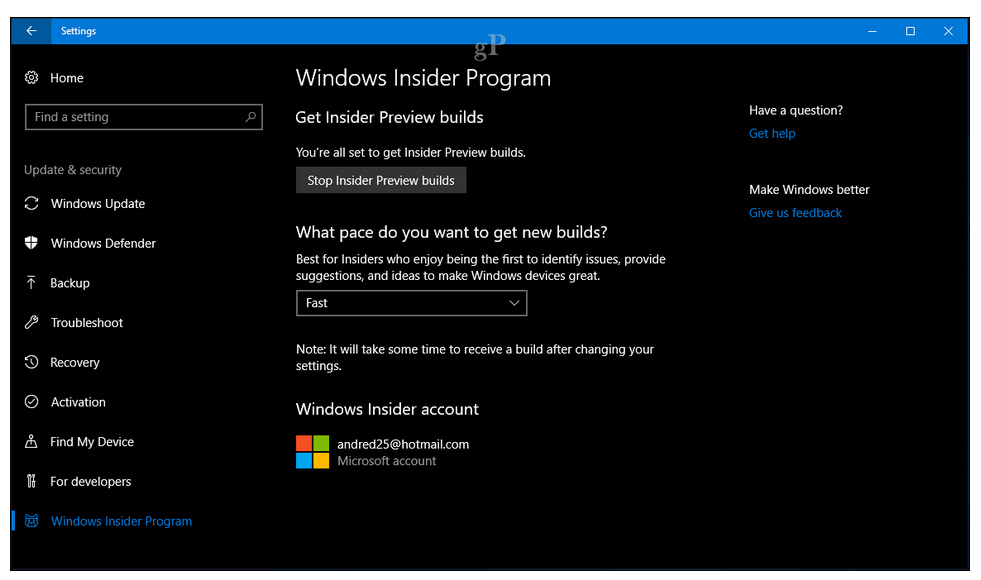 For users who already have an installed, activated copy of Windows 10, but would like a second copy setup maybe for compatibility purposes on a second drive or partition, there is a loophole available. I discovered that if you already installed and activated Windows 10 with a Digital License, you can do exactly that. Just install a second copy and it will activate without even asking questions. Previously, additional installations even on the same hardware required the purchase of an additional license in order to activate. The End User License Terms still says you do, but apparently, it is not enforced – for now.

The free upgrade situation is a bit ironic, and I mean that the same way Alanis Morisette meant it: not actually ironic, but rather unfortunate for a few individuals. Microsoft has been pushing a deadline for an entire year and I am sure many users with eligible Windows 7 and Windows 8 licenses ended up buying a full Windows 10 license – when technically, they already paid.

Anyway, those are the options still available if you still want to upgrade, let us know what you think. We are also interested to hear from the Windows Vista, 7, or 8 holdouts: what changed your mind after so long?