The Canadian library is full of awesome titles, some of which are only available in Canada (like Road House). Almost makes you feel bad for anyone not living there, eh?

But what happens when you have to take a quick business trip or vacation across the border? You won’t be able to watch Canadian Netflix in the US, right?

That’s correct. You’ll have to settle for the US library instead. That’s not necessarily bad since Netflix US has the most titles.

But what if you’re not looking for quantity, but quality? Canada has arguably better titles that aren’t available in the US – Friends and Sons of Anarchy, for example.

In that case, don’t worry – we’ll show you how to quickly unblock the Canadian library in the US in this quick guide. Feel free to use our solution if you live in the US and want to unblock Canadian content on Netflix too.

How to Watch Canadian Netflix in the US (Easiest Solution)

By far the simplest way to do that is to use a VPN – an online tool that hides your IP address and encrypts your traffic.

Basically, the service will trick Netflix into thinking you are actually located in Canada, not the US. It will do that by routing your traffic through a Canadian VPN server that sits between you and Netflix. That will make the site think your traffic is originating from the VPN, not your device. So, it only sees the VPN’s IP address (a Canadian IP). 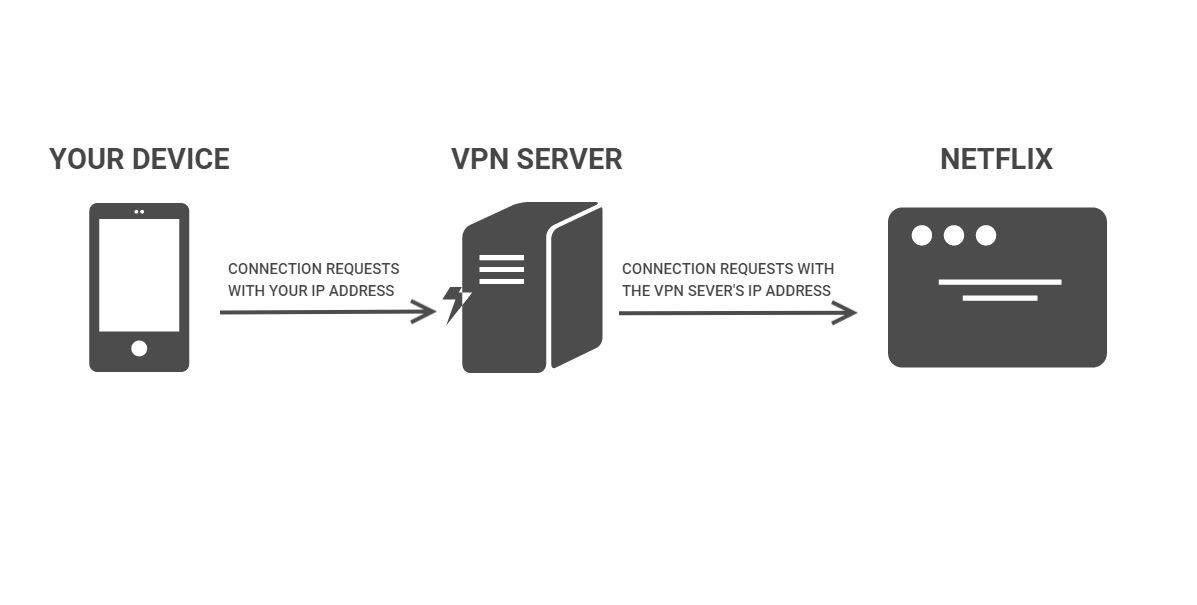 To find a reliable Netflix VPN, you should use StreamCatcher. It’s an online service from ProPrivacy that tells you which countries Netflix titles are available in. On top of that, it also recommends which VPNs you should use.

In our opinion, StreamCatcher’s recommendations are a safe bet. They are backed by ProPrivacy’s data, and they’re one of the biggest VPN review sites on the web. They dedicate tons of money and manpower so that they can regularly test the top providers on the market to see which ones work the best with Netflix.

Some of you might be a little worried. You might think that using a VPN is pretty hard – especially if this is the first time hearing about them.

Well, you can relax. VPNs might sound complex, but using them is easy-peasy. Here’s all you’ll need to do to unblock Canadian content on Netflix in the US:

Yep, it’s really that simple. Overall, using a VPN to watch Netflix will only take a few minutes at most.

Slow VPN Speeds? Here’s What You Can Do

VPNs rely on your original speeds, so they will slow them down a bit. It’s usually not noticeable, though. Even if you start out with low speeds (20-30 Mbps), you shouldn’t experience annoying slowdowns if you only want to stream Netflix in SD or HD.

If you want to enjoy Ultra HD quality, however, things change. You’ll need a least 25 Mbps for that, so VPN slowdowns can be an issue.

If that happens, don’t worry – here’s what you should do to improve your speeds:

1. Use Servers That Are Close to You

If you’re too far away from the VPN server, it’ll take longer for your device to exchange data packets with it. So, your speeds will be slower.

Most of the top VPN providers let you choose the location of the server (the city). Use that to your advantage to find a nearby server.

For example, if you’re currently in Seattle, try using a server in Vancouver, Kamloops, or Calgary. If you’re in the southern US states, you’ll need servers that are near the US-Canadian border. The closer they are to it, the better.

OpenVPN is an excellent protocol, but its speeds aren’t too attractive since OpenVPN is very resource-intensive (its code base can range from 70,000 to 600,000 lines).

You’ll get much better speeds if you use more lightweight protocols like WireGuard, L2TP/IPSec, and IKEv2. SoftEther is very fast too, but we haven’t really seen many VPN providers using it. It isn’t very user-friendly either.

Oh, and while PPTP is very speedy, you should avoid it. It has very weak encryption, so using it will put your data at risk (including your Netflix login credentials).

What if OpenVPN is your only option, though?

In that case, set the protocol to run over UDP instead of TCP. UDP is less stable, but much faster.

If you have a weak WiFi signal, your VPN speeds will be really bad. And just being in a different room than the one with the router is enough to significantly weaken your signal most of the time.

So, if possible, try to connect your device directly to the router with an ethernet cable. That way, low signals won’t be an issue anymore. An alternative to that is using a range extender (like the ones from TP-Link).

If you’re at a hotel, this might not work, so try the next tip.

This feature lets you force the VPN to only route traffic from the Netflix app or the browser you’re using to watch Netflix. Less data to encrypt and decrypt will usually mean better speeds.

In our tests, we experienced a nice +10 Mbps boost with split tunneling.

How Do You Like to Watch Canadian Netflix in the US?

Do you also use VPNs, or do you rely on other unblocking methods? If you use other services, please tell us about them in the comments below.

How To Use Explainer Videos To Grow Your Business