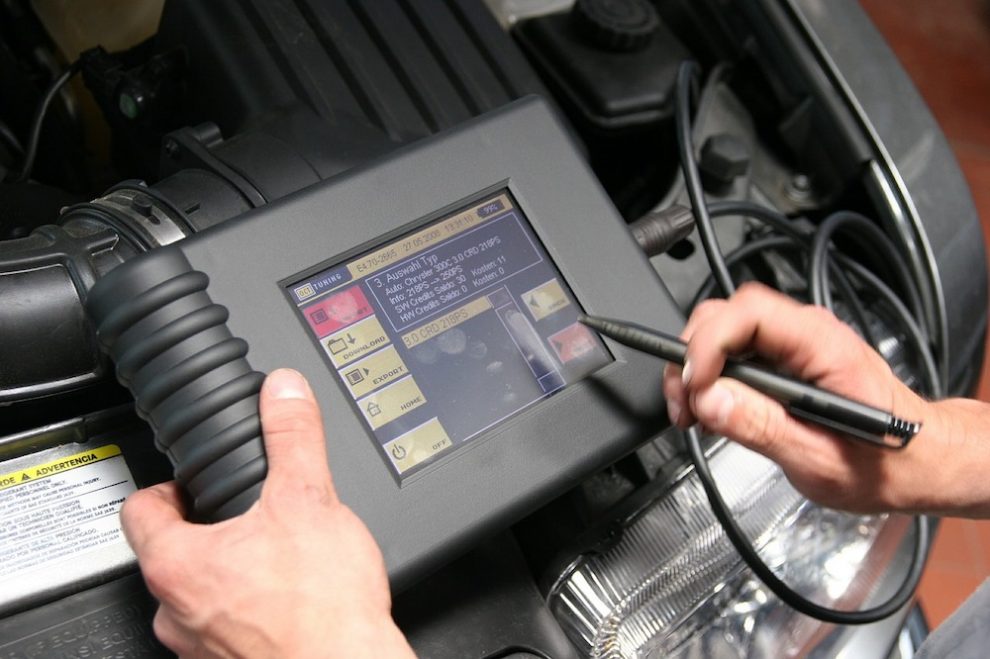 What is car coding?

A relatively new term in the automotive world, many people don’t know what car coding is and what it can do to your vehicle. Although car coding has been prevalent among the authorized technicians in an authorized service center, trained professionals working in a garage, or a select few enthusiasts that happened to know about it; it wasn’t very well known in the mass consumer market. The main reason being the lack of knowledge and information among the people, lack of accessibility to proper tools to be able to do the job, along with a few other factors as well. But with the emergence of new technologies came new and improved tools, and along with the spread of information people are slowly catching up to it and becoming aware of this relatively unknown thing, that is ‘car coding’. So what car coding basically is, it is the modification of certain settings or parameters of a car that had a different set up when the car left the factory. In simple words, it is the act of tweaking some pre-existing settings or features of a vehicle to make it able to do stuff that was originally kept deactivated or set up differently by the manufacturer for several reasons.

Why is Car Coding done?

In the current automotive market, none of the cars are quite unique. What it means is that most of the modern cars have parts or equipment that are shared with other cars of the same manufacturer or group. For example, the same gauge cluster unit is used among different vehicles in Volvo’s lineup of cars. If we look at the gauge cluster of the 2021 Volvo XC90 and the 2021 Volvo S60, both of them are actually pretty similar. But both of them will be set up in a different manner. Although both of them should be functionally pretty similar, the gauge cluster in the XC90 will have more functionalities and a different setup, than the one in the regular S60 sedan, the XC90 being their flagship vehicle. That being said, it is not only the gauge cluster where differences in the setup can be seen. The manufacturer programs different sounds or chimes, lighting adjustments, wiper behavior, etc. depending on the vehicle model to have a distinction among the models. Moreover, different rules and regulations in different countries also force the automaker to set up the same car in a different way depending on the country it will be shipped to.

Certain functions might be deactivated in the car, or might be set up in a different way so as to adhere to the rules and regulations of a particular country. So in such cases, the ECU or the computer of the car still has those features or functions but has been kept deactivated or set up differently for reasons mentioned earlier. So, if you want a particular feature to be activated again, that has been originally kept deactivated, or you want to tweak a setting that had a different setup, that is when car coding might help. With car coding, you can toggle those deactivated settings, and change settings of different parameters of the car, given that the car has those specific features and support those changes as well. For example, you can enable a digital speedometer in the small digital display in the BMW X6, which is originally deactivated for some reason. But you cannot do the same thing in a car that does not have a digital display in the first place. Hence, there are many things to keep in mind while doing car coding. Hence, to sum it all up, people do car coding to unlock and customize different features of a car that are originally kept deactivated or set up differently due to different reasons.

How is Car Coding done?

Most of the car guys should know what an ECU is. Abbreviated as Electronic Control Unit, it is an embedded system or a computer in a car that controls one or more of the electrical systems or subsystems in a vehicle.

Then there is a device called the OBD which stands for On-Board Diagnostics, which is also a computer system inside of a vehicle that collects data of different parameters of a vehicle, and keeps track of the car’s performance and helps it regulate them as well. In its early development, it was mainly used to turn on the malfunctioning lights in a car. But as technology developed, the OBD system also developed with its next iteration being the OBD1. Then comes OBD2, which is an improved and more advanced version of OBD1. The OBD2 is more universal and reliable than OBD1 thanks to its wider compatibility and hence is used in almost all the modern cars in the market.

Hence, almost all modern cars since 1996 are equipped with an OBD system on board. This system can be accessed by the OBD2 port in the car to check the error codes and different data of a vehicle. Moreover, car coders can actually use the same OBD2 port to enable new functions in a vehicle, and tweak some features as well, given that the car supports those changes.

For someone to be able to code a car, they need an interface. Basically, the OBD system can read the data from the ECU and other sensors in a car, and we need an interface to be able to read the data from the OBD system. One of the most popular ways is an OBD to Ethernet or an OBD to USB adaptor. The adaptor is then plugged into a computer that has dedicated software to be able to code the car. That being said, with the development of mobile technologies and mobile apps, things have become quite easy in recent years.

With the traditional method, the OBD system in the car is connected to a computer via an Ethernet or USB adaptor connected to the dedicated OBD2 port in the car. The computer has dedicated software that manages the whole operation.  A “Cheat Sheet” is required for a particular vehicle with respect to the software and the board. You can generally find a Cheat Sheet for your particular chassis, which is a wise thing to do due to the fact that a model might have different variants with different features and pieces of equipment, and coding the wrong thing might lead to irreversible damage to the system of the vehicle.

That being said, the coding process has been made significantly easier with the emergence of mobile apps. OBD2 diagnostic devices are available in the market that connects to the OBD2 port in a car. This device reads on the data of the OBD system in the car and comes with wireless features like Bluetooth or WiFi. You can simply connect your phone to the wireless network, and with the proper app installed, you can easily look at all the data in the car, along with having the ability to change certain parameters of the car with Car Coding. Although most of the apps are pretty similar, you do have to find out which one works better with your car and the external OBD2 diagnostic device. On top of showing all the data like engine revs, engine temperature, oil temperature, etc., the apps also let code certain parameters of the car as well. The apps initially scan for available features and the availability of customization options and display all the available options. You can then set up the car just the way you want it, with all the available customization options.

Are there any risks in Car Coding?

In its early days, Car Coding was significantly riskier than what it is today. You could easily mess up the internal system of the car if you didn’t know what you were doing. But with the emergence of advanced mobile technologies with advanced mobile apps, things have become significantly easier. You can easily scan with the app to find all the modification options in the system of a car that can be safely altered by the user. You can then make the desired changes to suit your need. But do keep in mind that the changes you make are actually legal and within the legal limits of the country you live in. Otherwise, you might land yourself in trouble. For example, a manufacturer setup might the light intensity and angle at specific values in accordance with a country. Now if you change those values with something which is outside the legal limits, you can land yourself in trouble.

Moreover, just like jailbreaking an iPhone, you are making modifications to the internal settings of the car that was not intended by the manufacturer. Hence getting your warranty void in the process won’t be a surprise.

With the traditional method, you risk messing up the car’s software settings if you do something wrong. Hence, it is advised to keep a backup of the car’s configuration in a flash drive before making any changes to the system. Hence, if you mess something up, you can always revert back to the old settings with the backed-up configuration, unless and until there aren’t any irreversible system damage. Hence, some mobile apps automatically make a copy of the car’s configuration before you can code anything in the car, which is a pretty neat feature.

Hence, unless and until you know what you are doing and fully confident in yourself, you should definitely leave this work to a professional who knows a thing or two about car coding.

What modifications can be done in a car with Car Coding:

As mentioned earlier, it all depends on the car, its trim and all the available equipment and features. That being said, some of the more popular modifications are:

Pros and cons of Car Coding:

Car coding is quite amazing in the sense that it can unlock the hidden abilities of a car. But things might go wrong if you don’t know what you are doing. Things are still pretty tricky for most people, and you risk voiding your warranty as well in the process. Nonetheless, it is a great way to unlock the full potential of your car in terms of features and technology, and get the best out of your vehicle.

5 Main Reasons why you Should Install Fleet Tracking Device

Planning to Take a Loan to Buy A Used Car? Do These Things First

What To Expect From the Automotive Industry in the Next Decade

Buying a Car While at College: Is It Possible & How to Make It Happen?

Are You An Environment Enthusiast Who Loves Saving The Environment?- Here Is The Best Car For You