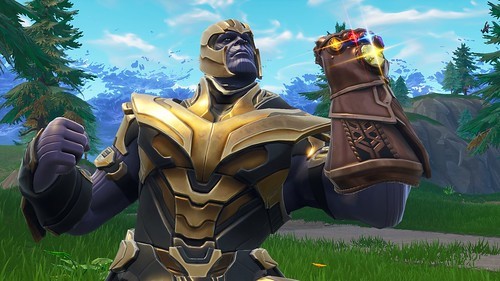 The idea of co-branding, or combining two properties together, has been a mainstay in advertising for generations. From TV shows to movies and fast food promotions, the concept has traditionally been explored wherever the opportunity has existed. With the proliferation of digital media, however, the potential for cross-branding success has exploded.

Now no longer a matter of simply linking interests, modern cross-branding promotions regularly draw in enormous numbers to formerly unexplored territories. Taking a look at some pronounced recent examples of this, we want to explore where the growing trend comes from, and why it’s only going to grow bigger.

Likely the biggest example of cobranding that most of us will experience, and yet one which, when done properly, often goes unnoticed. The idea of co-branding in films, also called product placement, is to allow a subtle form of advertising while at the same time giving movies a more realistic feel. Fill a movie set with items that really exist, and it becomes that much easier for audiences to relate.

Funding from this form of cross-promotion can then go back into a film’s production, allowing it to reach heights it couldn’t attain alone. The only major problem in this form of co-branding is that the instant a movie overreaches it becomes extremely obvious, taking the viewer completely out of the experience. I, Robot is a famous example, where the movie briefly stopped so that Will Smith could sell us Converse sneakers.

One of the more established co-branding efforts in the digital age comes from the work performed by the online casino industry. This was made possible through the explosion of casino gaming popularity during the internet age. With this age, the rapid development of many online titles meant a constant call for themes and innovation, and to serve this purpose co-branding became a standout.

Most often this relationship was illustrated by slot games, owing to the flexibility that such systems allow. For example, in the Royal Panda Branded Megaways the site fused these popular slot systems (Megaways) with its own brand, creating an end-result that gives users a taste of the best of both worlds. It borrows from similar approaches typical of such online casinos, including adaptions from TV, such as Survivor, movies like Jackpot Rango, music in Guns N’ Roses, and video games with Tomb Raider.

Speaking of video games, this is the realm where cobranding has reached unprecedented new heights. As what is now the most profitable type of media, even outperforming the box-office, the potential of video game co-branding reaches far beyond its contemporaries. As with other co-branding efforts, how this co-branding works runs the gambit from subtle to overt, and from successful to bizarre.

The better-received of these efforts are those which play into the strengths of each property, such as the Marvel vs Capcom fighting game series. In these games, the strength of established fighting game systems is fleshed out with fan-favorite Marvel comic characters, combining for a level of quality which is rare for comic games to reach on their own.

Among the less well-received are those which use intrusive bill-board type advertisements, ignoring any attempt at real integration. Battlefield 4 was notorious for this, where players would be exposed to background movie trailers on their main menu, which stuck out like a sore thumb in a game about warfare.

More recently, the biggest and more successful co-branding efforts have come from long-running service games like Fortnite. Here, seasonal events tie into the gameplay of what is already an extremely popular title, aiding in generating hype for series like Star Wars, John Wick, and even other games like Borderlands.

The future of co-branding is likely to play an even bigger part in the future than it does today. While we would expect constancy in the likes of movies and online casinos, it’s much more difficult to predict the future trajectory in the realm of video games. The only safe bet so far seems to be that, no matter what route it takes, co-branding is here to stay.

Gaming Addiction – 3 Ways To Control It