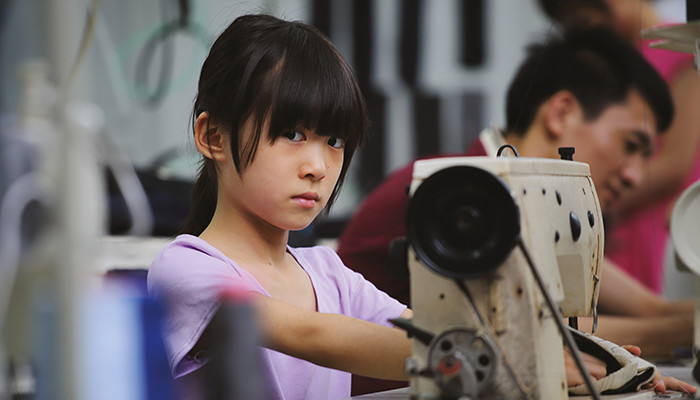 Issues around child labor“Youth are the pillar stones of development of a nation. Any great thought, any brave act, or any clever tact is the representation of perseverance of a selfless childhood. Every single child matters, and every single childhood matters

It is agreeable that all intellect of the world does not come from a highly educated class. It is noteworthy that children should enjoy the multi-dimensional phases of childhood and learning. However, the truth around the world shows the stark ugly reality. Be it lack of money, lack of proper facilities, and greed of parents for an additional source of income or selfishness of employers to extract more work. The fact remains 20% of the world’s working labour are children! And the harsh reality stooping the ethical and moral grounds is that the number is bound to increase in the coming years.

Particularly with the Information Technology sector showing enormous growth in recent years, there is a huge demand for highly skilled personnel, and with children being physically fit and being quick learners, technology giants have vast records of employing child labour in their industries. It is corporate social responsibility not to hire children for work.

Statistics in the mobile manufacturing sector

Studies reveal that Mobile phone manufacturing giants like Apple and Samsung are employing children in their industries while mining certain minerals. They might not do it directly but indirectly through their suppliers like Chinese manufacturer Foxconn & Pegatron. According to the Human Rights Commission, companies like Sony, Samsung, and Apple have not even followed the minimum standards of not utilizing children below the permissible age limit to mine their minerals.

They found that in certain countries in the African continent, children work under hazardous conditions in Cobalt mining. Cobalt is a premium mineral used in the manufacture of Lithium-ion batteries.  The DRC, which produces 50% of the world’s Cobalt, admits that it often employs children in mining. Miners working under those conditions may experience long-term health problems as the children tend to dig feet deep to collect Cobalt from discarded waste.

Some sources suggest between 70 to 90 have been put to death underground from September 2014 till December 2015 alone. The data was compiled while collecting sample testimonies of kids working in mines.  This is one side of the coin.

Contrary to the reports, Apple and Samsung have declared that they have a zero percent tolerance level to Child labour and that they follow strict norms while employing labour. They also claimed that they brought new safeguard measures to ensure the safety of children. Apple said that if they found any supplier hiring children below the legal age of work, they force them to provide education for the child and send him/her back home.

Samsung, on the other hand, has taken a step forward and revealed that if they found any supplier using child labour in their contracts with them, then the contract terminates with immediate effect. Other technology biggies like Sony have also proclaimed that they are in talks with suppliers and Human rights commission to go deep into the root causes, and any minute chances of utilizing children in mining cannot be tolerated.

Although there have been serious allegations in the recent past about Tech companies employing child labour. They kept condemning the reports claiming that their labour laws were strictly within the stipulated guidelines. However, Apple finally agreed that they have found instances where some of their partners are employing school kids under the age of 14 for at least 11 hours a day in the manufacture of their latest entries like iPhone X

In another instance, one more top-end tech company was found to be using child labour in a Chinese factory run by Foxconn. When questioned, the company said that kids employed are meant to gain work experience by working overtime in factories. This, according to sources, is against local labour laws.

Adding to this, Apple said that students voluntarily came forward to work overtime to earn pocket money for education and other expenses. They received compensation enough and were provided with the necessary benefits.  Yes, it is sad to know that they worked overtime and we will take charge of it.

According to some students, they never received their salaries in the early days of employment. As they started to work overtime and put pressure on the management, they started to pay them. Both Foxconn and Apple were charged for violating labour laws and not maintaining employment harmony.

One of the main children employing sectors is mining. This stands very harmful for kids in many ways health-wise. When there was news about Electronic giant Samsung employing nearly 20% of child labour, the whole world wondered to know that such a big global wig could ever do this. China Labour Watch said a Samsung supplier uses minors in their factories as they can get labour at a cheaper rate and work more efficiently than normal workers. Some even work in night shifts and are paid chicken change. This led Child welfare organizations like Green America to stand up for the cause and take immediate action regarding its poor labor practices.

As consumers, we need to accept responsibity for our actions too. When we go out shopping for our next iPhone or Android device, we need to think twice about such things. Eventually its consumer demand that fuels production and directly assists this global problem. As consumers we have a choice not to fall into this trap by easily switching to alternatives like buying refurbished or slightly used devices at Phonebot. When we buy preowned devices, were not only helping curb child labor but also aid in saving the planet in various different ways (de-forestation,over-mining & carbon emissions to name a few). One such company, Phonebot, has partnered with Carbon neutral in Australia to support carbon neutral initiatives. Buying your next iPhone from Phonebot or any other refurbished seller could potentially save a life somewhere in a mine in Africa.

Strictly speaking, unless and until stringent laws are enforced, irrespective of the size of the company violating the laws, Child labour, just like any other social issue, will take a backseat and remain unattended. To ensure that innocent childhood does not succumb to selfish human acts, it is incumbent on both Governments and individuals as a whole to act under prescribed guidelines.

A kid, well-nurtured, is worth a powerful army, and today’s kids are tomorrow’s citizens. Give them the smallest, and they will give you a mammoth, but not at the cost of childhood itself.

What Is a Desert and Some of Its Characteristics?

Shot Blasting- What it is and how it works!

What are Black and White Roadway Object Markers Used For?

What to Know Before Starting A Sump Pump Installation