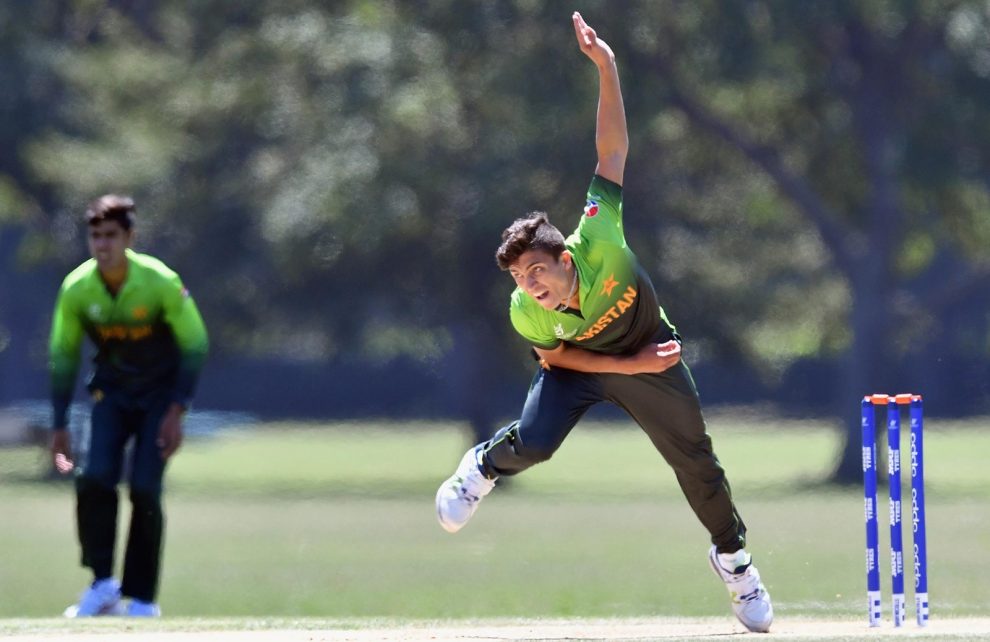 Pakistan is a factory of fast bowlers. If India is known to the world of cricket for their batsman, then Pakistan Cricket team is popular for their bowlers. In the history of Pakistan cricket, we have seen extraordinary bowling talent. Whether it’s Akram and Waqar Or Shoeb Akhtar and Umar Gull. Pakistan is a mine of pace bowlers SportsAdda.com.

One such bowler was introduced by Pakistan on their first test of Test series against Australia and his name is Naseem Shah. In his debut test match, he has impressed many legend cricketers and experts. He was bowling at very high speed in his first test match with an around the average speed of 150 Kmph.

He can beat any batsman with his pace. But recently this new young talented bowler Naseem Shah got in trouble because of his age. Naseem Shah Age Controversy started when an old tweet of Pakistani Sports reporter Saj Sadeek went viral.

One year ago Saj Sadeek mentioned Naseem Shah calling him 17-year young Cricketer. This was one year ago and now in November 2019 Pakistani Cricket Board claiming Naseem Shah as 16 years old one of the youngest Cricketer to play Test cricket at such a young age. So according to PCB Naseem Shah is 16 years old when he debuted against Australia in the first match of Test series at Brisbane.

” Looks a terrific Prospect. But no is 16 now, aging backward I think.”

This is not the only proof of Naseem Shah’s age. There are 2-3 years old news articles also stating him 16 years old at that time.

After this controversy now CEO of Pakistan Cricket Board issued an official statement in the support of Naseem Shah’s age is 16. PCB official stated that many Cricketer and people think Naseem Shah is older than 16 year because he is Mature Cricketer and shown maturity. He also added that looking at Naseem’s face he really look 16 year old but many are don’t want to accept and believe that he is playing International cricket at the age of 16. Naseem Shah age Controversy is still unsolved.

This age controversy did not affect Naseem Shah. He was bowling with a very high pace of 150 Kmph in his first test match only. Before the start of test match, Steve Smith said that It will be very interesting to face 16-year-old Naseem Shah because he is half of the age of Steve Smith.

In his first test, Naseem shah took his first international wicket by sending David Warner back to Pavillion. He is one of the favorite bowlers of Pakistan coach Waqar Younus. He compares Naseem shah with legendary bowler Denis Lili.

Pakistan has lost 1st test against Australia by an innings and 5 runs.

Some Facts about Naseem Shah

How to Properly Light a Pipe So That It Stays Lit