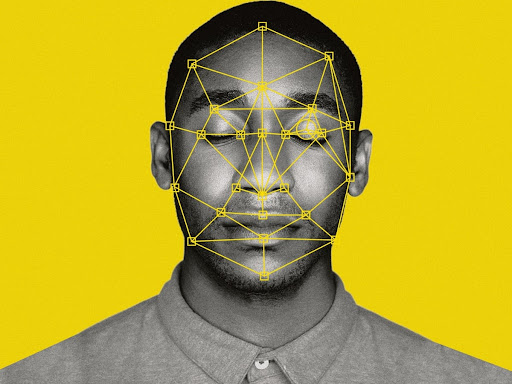 Cybersecurity has been an issue for online users for some time. It’s affected people in many ways, from identity theft to data exposure. This type of crime has also affected small business owners. Criminals have forced some business owners to pay a ransom to have data returned or risk customer data exposure.

In short, this problem has cost folks some real headaches. For this reason, cybersecurity continues to evolve, and it seems like facial recognition may become a part of cybersecurity in the future for several reasons.

What is Facial Recognition?

The technology identifies a person using digital images stored on a database. For this tech to work, it needs to have a lot of images of each person it’s trying to recognize. A database large enough to store these images will be necessary.

Once the technology recognizes the person, the tool did its job. It’s easy to see how this type of technology could help improve cybersecurity. Identity theft will no longer be possible because you are the only owner of your face. Sure, there’s a chance cybercriminals will find a loophole, but it’ll likely be smaller than the loopholes these individuals are exploiting now.

Diving Into the Debate

As good as facial recognition sounds, there are some issues. Firstly, the technology isn’t as efficient as it could be. While it is showing some promise, the reality is that it can’t recognize people of color that well. For some reason, the software isn’t equipped to recognize folks who aren’t Caucasian.

It is vital to solve this problem before the technology can keep people safe, or the issue will negatively affect minorities. Hopefully, the issue is fixed soon, which will allow the technology to be used in significant ways in the country.

Facial recognition issues with people of color is one problem, but it’s not the only problem with this technology. The other reason folks feel uncomfortable with it is because it means giving up privacy. It means there’s going to be more cameras everywhere. A camera is going to be somewhere during your everyday life, such as when you’re shopping and doing anything. It’ll recognize you, and with AI technology, it’ll even begin to recognize your patterns and more given enough time.

Still, there’s no way of denying that this type of technology can also be helpful. Criminals won’t be able to escape the law too long because a camera will recognize them. Victims of kidnapping may be rescued more easily, thanks to this technology. A balance needs to be found before something like this moves forward, but it’s clear that something is coming. It may take some time to address these issues, but thankfully, there are good cybersecurity measures you can take until then offered by companies like Aura.

Surely, regulations will help ensure that privacy and people are protected and that the technology isn’t wrongfully used. The government shouldn’t be able to abuse this technology, nor can corporations, so laws are important before this type of technology has its place in society.

The Perks of Facial Recognition Tech

While people need to figure out a lot regarding this technology, the reality is that there are many perks. The following are some of them:

At the moment, cybersecurity requires that you change your password every so often and that you add all sorts of strange characters. These are some things you have to do to stay safe. Facial recognition removes all that and makes cybersecurity much easier.

The camera will recognize you, and you’re secured. People are familiar with this. Some phones come with facial recognition, and it does seem to be working. Some even come with a liveness test. The technology requires that you blink your eyes before allowing you to access your phone, preventing unwanted users from seeing your phone’s content.

Facial recognition makes it hard for folks to hack into anything. Today, passwords can leak through various means. You can’t do that with facial recognition. Sure, cybercriminals may still find a way to hack into your device, but it’ll take a while for them to do so. It’s undeniable that people are going to be safer with this type of technology while they do whatever they do online.

You may think facial recognition technology only memorizes your face. The truth is that it’s more complex than that. It recognizes your face as the day changes and lighting changes.

It can recognize your facial expressions, which is pretty exciting. This technology can even recognize the type of changes you’re going through as time passes by. Some developers are developing technology that could even recognize if you’re asked to open your smartphone at gunpoint.

There’s no doubt that this technology is going to change a lot of things, and the truth is that many people will accept it rather than reject it. It’s easy to use, integrate, and automation is available. There’s just a lot of positives with this technology, so it’s definitely the future.

How To Make Your Workspace IT Infrastructure More Secure

How To Destroy Backup Tapes