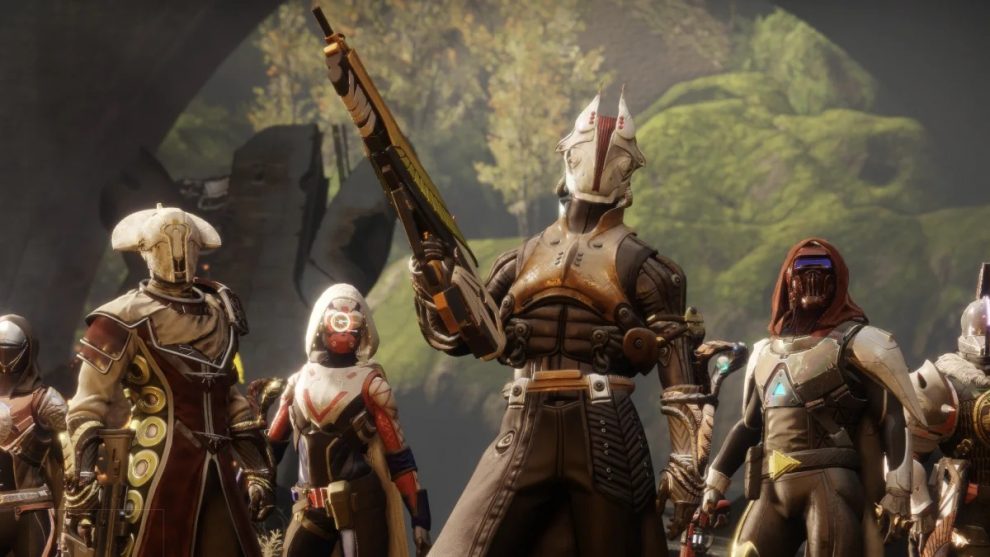 So, you want to join the adventure that is Destiny 2? Or maybe you’re simply curious about this game from Bungie, and seek to learn what the fuss is all about? In any case, there are things useful to know about Destiny 2 in advance, before you start playing, as it will make your game time a lot easier once you know what you’re getting into. Keep in mind, that if you plan to play this game on the PS4, you will need a PS Plus gift card (membership) since this first-person shooter is strictly an MMO experience, but have no doubts – playing Destiny 2 on a console is great choice, as Bungie has built their entire reputation on developing excellent console FPS games and by far this is the pinnacle of their creative process!

As for the game itself, Destiny 2 is a science fiction adventure from the creators of Halo that will take you to a futuristic and mysterious version of our Solar System. The world of Destiny 2 is a strange blend of sci-fi elements and mysticism. You’ll play as one of the Guardians protecting the last human city on a post-apocalyptic Earth. This final haven of humanity is watched over by a benevolent spherical structure of extraterrestrial origin – the Traveler. This strange alien artifact is what provides Guardians with their mystical powers. One of the three class options that you’ll choose from will determine the set of skills you’ll have available throughout the course of the game.

Since Destiny 2 is a sci-fi FPS from the creators of Halo, it is not surprising that one of the classes presented in this MMO was inspired by archetypal space marines. The Titan class is analogous to the Spartan soldiers from Halo games or Clone Troopers from the Star Wars universe. It’s a heavily armored support class designed around the goal to cause maximal harm for the enemy.

The Titan plays pretty much like a traditional RPG tank role by absorbing a lot of damage and giving a lot of firepower for the squad. Having a Titan in a team is extremely useful for the defensive abilities this class provides. As your Titan levels up, more class-exclusive super skills become available such as the Sentinel shield which will make you feel like Captain America as well as throwable projectile hammers made out of fire!

If the Titan class was inspired by Halo’s Spartans or Clone Troopers from Star Wars, then the Warlock takes its influence from the Jedi. Chosen by the Traveler itself, Warlocks have magic abilities that are very much akin to the Jedi use of the Force. Warlocks have higher mobility than Titans and use different spells alongside conventional weaponry.

These futuristic mages can create a sphere of energy known as the Healing rift – all squad members within it will get a major health boost. The powers of Warlock are not limited to this sort of pacifism, however. The Dawn Blade is a Warlock super ability that shifts the game into the third perspective and has the player swinging a sword that creates slashes of fire, but the most impressive Warlock ability is the Nova Bomb. This spell will feel very similar to energy attacks seen in Dragon Ball Z, as it will send a destructive sphere through the air, capable of obliterating large groups of enemies with a single blast.

Hunter is the most agile class of the Destiny 2. It is nimble and has superior acrobatic skills compared to the classes presented previously. Agility of the Hunter allows for effecting dodging, double jumps, triple jumps and adds a satisfying variety of vertical movement. Based on the traditional RPG rogue role, the Hunter specializes in stealth and melee combat. This class adds a faster pace to the game making it a good starting point if you’re coming to Destiny 2 from other FPS franchises such as Call of Duty.

Once the Hunter levels up during the progression of the game, it will gain access to different subclasses and their unique set of skills. Ark Striders will use a super ability that will change the camera angle to the third person point of view and have the player fight using a powerful, electric melee weapon known as the Ark Staff. It’s an impressive ability but Hunters have even more surprises up their sleeves such as the Golden Gun. This temporary ability allows the class to use a weapon that weaponizes solar energy and often brings down even the mightiest of opponents in a single shot!

Take care of the PS Plus subscription easier!

PlayStation 4 gamers who want to play Destiny 2 will need to have a PlayStation Plus membership since Destiny 2 is an online-only game. This will be a lot less of a burden on your shoulders if you’ll choose to buy a PS Plus subscription on a game store, one like Eneba. Choose from a wide variety of PS Plus cards for different durations, different regions and satisfy your PS4 multiplayer gaming needs at a better price! Destiny 2 is waiting for you with hundreds of hours of entertaining content so do not hesitate, pick your favorite class and join the Guardians!