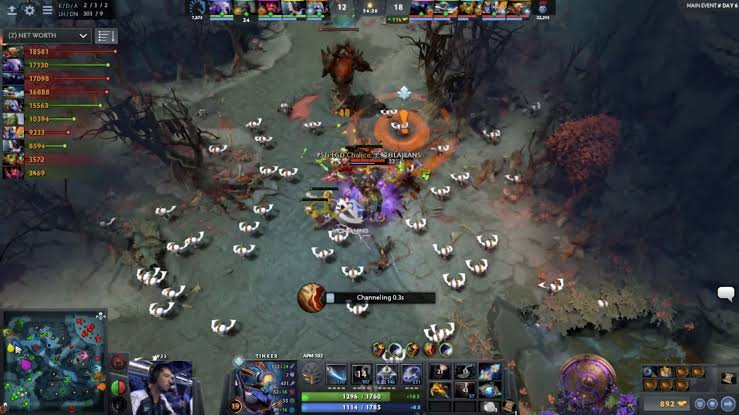 Which of the two games is the best? Would you prefer the online battling game or the FPS game? This article is about these two games and how they differ.

From the gameplay to the tournament system, prizemoney, and the professional scene, these games are not the same at all. However, the only thing that they have in common is that they share the same headquarters location, which is Seattle. And also, they are playable online.

Even though these two games are completely different, they have one major aim; to be the best eSport title on the planet. So, which is the best eSport out there? Which one would you go for? Let’s explore their differences to help you with that.

Which is the more loved game?

Any fan or expert of CSGO can clearly tell you that Dota 2 is the most loved game by Valve of the two. There are multiple changes and challenges that you will enjoy in Dota 2. For instance, there are new heroes, meta changes, and a Pro circuit evolving yearly. Above all, there is the biggest eSPorts event in the world, The International, which comes from Dota 2.

On the other hand, CSGO offers you more stickers and loot boxes. The game mechanics in CSGO haven’t evolved as such for a long time.

Unfortunately, there are some bugs in CSGO, which haven’t been removed for a long time either. For example, the silent jump bug used in PGL Major Krakow 2017 was never removed.

Dota 2 is waiting for the next Battle Pass, but the game has proven to be better at engaging the changes compared to CSGO. CSGO has been stuck on the same level for many years now, and the major changes are the skins and weapons.

In terms of regional diversity, there is a competition between these two games. CSGO is very much stuck in the European region, but Dota 2 is also stuck in the region. North America won a CSGO Major with Cloud9. Regardless of that, North America is the weaker in both games.

Asia stands as the biggest difference if you compare both CSGO and Dota 2. In China, CSGO not as existing as such. However, Dota 2 market in China is very much stronger than in all other regions.

In general, Dota 2 happens to be more international compared to CSGO.

Besides being a winner in region diversity, Dota 2 happens to have more talent than try to get professional. All this is thanks to the MMR system. There were some Dota 2 players that topped the leaderboard in The International esports event.

However, CSGO is showing some potential since FACEIT gives young players the chance to participate in competitions and try to be professional. However, Valve, on its own, doesn’t try to help the young talents as such.

In terms of how players can trade the available items, both games show some potential. You can trade skins, weapons, and other items in CSGO to earn real money. But also, you can do the same in Dota. Dota 2 allows you to buy and sell items on specific sites. For instance, you can sell Dota 2 items with skinwallet.com, which is one of the official trading websites for online multiplayer games.

The MMR system in Dota 2 is unique, and it is another thing that sets it above CSGO. The CSGO players are jealous of this system, which is not available on Dota 2. There is a point system that ranges from 0 to 10,000. But that is not the only thing that is missing in CSGO. The highest you can go n CSGO is to be in the Global Elite rank. There is nothing or no level beyond this rank. That is why some people think Dota 2 is more enjoyable than CSGO.

There is a low-level Global Elite and a high level, where there is a huge difference. Players think that there are too many ranks that miss in the CSGO.

If you shift to CSGO, you get two major tournaments that don’t seem to be as important as such. However, you get to compete for $1 million in the tournament. But some players prefer the many qualifiers rather than the million bucks. They feel like money is not enough to make the event special.

Which one is easier to understand?

There is one thing that makes CSGO the best eSport for most players, and that is the ease to understand. Even if you start playing it today, you will only need a few hours or minutes to understand how to play it. Any player will understand the purpose of CSGO, which is to shot as many targets as you can and be on target while at it. Dota 2 tends to be a little complicated and hard to understand.

Gaming Addiction – 3 Ways To Control It