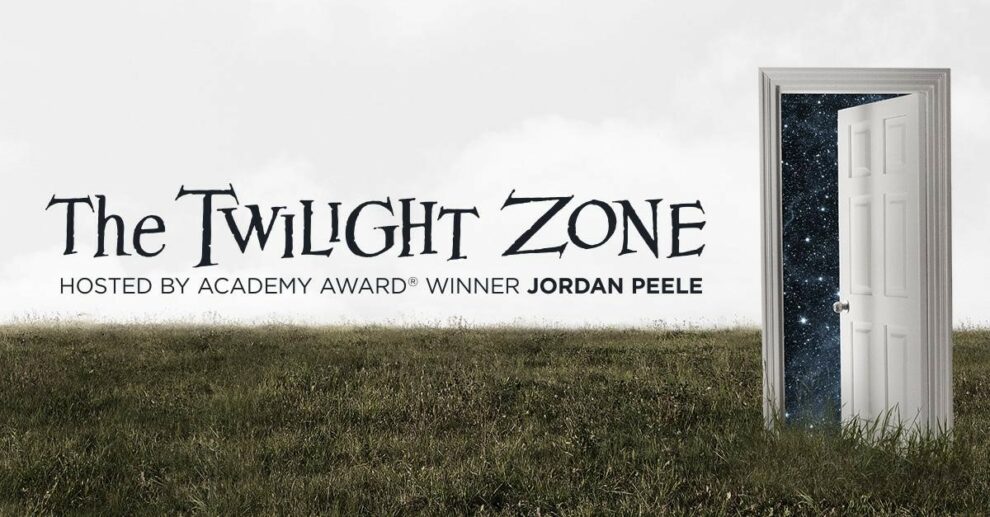 Anthology series are not new. They have been in vogue since times immemorial. However, while they existed few and far between back in old times, they have only recently seen an explosion in their creation.

2011 can safely be called the year that saw the rise of anthology series globally. The boom of the internet and shows like the American Horror Story and Black Mirror enchanted audiences worldwide and won numerous accolades from viewers and critics alike. These shows proved to be a significant landmark and paved the way for many more like them.

There are a few reasons that make anthology productions so popular. Firstly, they allow writers complete freedom to create a world they want, develop characters of their choice, and then build a narrative. And the best part is, they do not even have to write a novel; they can do so through a collection of short stories with a common theme. The trait is particularly helpful in today’s day and age, where the emphasis is more on concise storytelling than lengthy episodes.

Secondly, with so much entertainment at their disposal, audiences today have no time to waste on shows with filler episodes. It works to the advantage of anthology series as they only focus on stories viewers want to see while eliminating the unnecessary stuff.

Besides, anthology productions present better opportunities for actors as they can play different roles in different ways each season, an effective outlet for raising social issues, and a chance for teams to work together for longer durations. All in all, anthology series present a win-win situation for all.

When the prestigious sci-fi anthology series, The Twilight Zone, was revived in 2017, the decision generated plenty of excitement amongst the show’s fans. And when CBS All Access brought Jordan Peele on board to helm the revival, there was only one way the show was headed, northwards.

If the first three episodes, “Meet in the Middle,” “You Might Also Like,” and “The Who of You,” are anything to go by, The Twilight Zone Season 2 seems thoughtfully perceived. There is a fascinating romantic tale, an attempt to present the various aspects associated with the world of capitalism, materialism, advertising, and human nature, and plenty of twists and turns to keep you hooked.

All the episodes of The Twilight Zone Season 2 are indeed a bit lengthy, a fact that reminds you of the frustration you might have felt in the previous season too. Thankfully, this time they come across as a box of assorted chocolates from which one flavor tumbles out after the other, making the show refreshing and exciting to watch—all in all, a big thumbs up from our end. Watch The Twilight Zone Season 2 streaming now on Paramount Plus.

What is Paramount Plus? 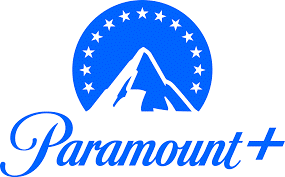 Don’t get confused with the name. Paramount Plus is the rebranded avatar of the CBS All Access streaming service. It belongs to the ViacomCBS group and boasts collaborations with some of the finest global studios, including Paramount, Miramax, and MGM. Paramount Plus features a comprehensive online content library consisting of over 30,000 TV shows, movies, animated cartoon shows, Paramount Plus Originals, and documentaries from popular channels like BET, Comedy Central, Nickelodeon, Smithsonian, and MTV. As if this was not enough, subscribers also get access to local CBS radio stations, live sports events, and national and international CBS news channels. So, the next time someone asks you about what all videos can you download on Paramount Plus, you know what to tell them.

The above restrictions and limitations seem like a lot to take, and that too, with a pinch of salt, doesn’t it? Well, not any longer. With the KeepStreams Paramount Plus Downloader, subscribers now have the power to download unlimited Paramount Plus videos of their choice, store them on their devices for as long as they want, and share them with whoever they want. Besides, the KeepStreams Paramount Plus Downloader offers several other benefits. Let’s look at them a little more closely.

About KeepStreams Paramount Plus Downloader

The KeepStreams Paramount Plus Downloader is a premium and trouble-free way to execute the Paramount Plus download functionality. Besides the benefits listed above, it comes with several other power-packed features, including:

Using the batch download feature of the KeepStreams Paramount Plus Downloader, users can download multiple videos of their choice at one go, and that too, at fast speeds.

With the KeepStreams Paramount Plus Downloader, subscribers no longer need to worry about purchasing the premium Paramount Plus plan to keep ads out. The software does the job by removing all ads while downloading videos.

The KeepStreams Paramount Plus Downloader allows subscribers to include subtitles in videos or save them as .srt files, and that too, in their language of choice.

Using the KeepStreams Paramount Plus Downloader, subscribers can download videos with metadata to build their media library. They can also download and save videos in the universal MP4 format to spare themselves the trouble of searching for compatible devices.

Executing the Paramount Plus download functionality to download videos offline is a matter of three simple steps. 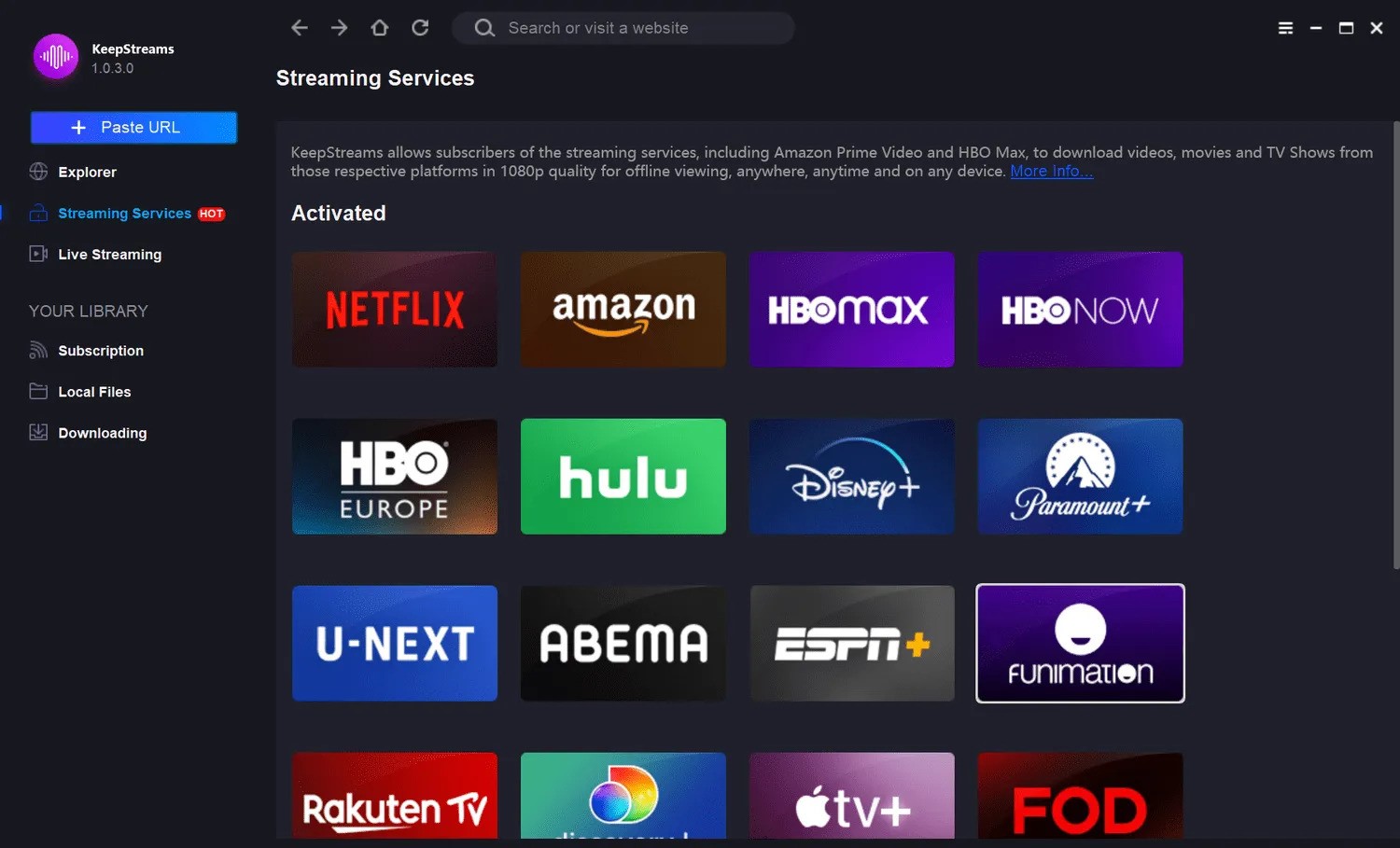 Install the KeepStream Video Downloader from the official website and choose the option for Paramount Plus service from the ‘streaming services’ menu. 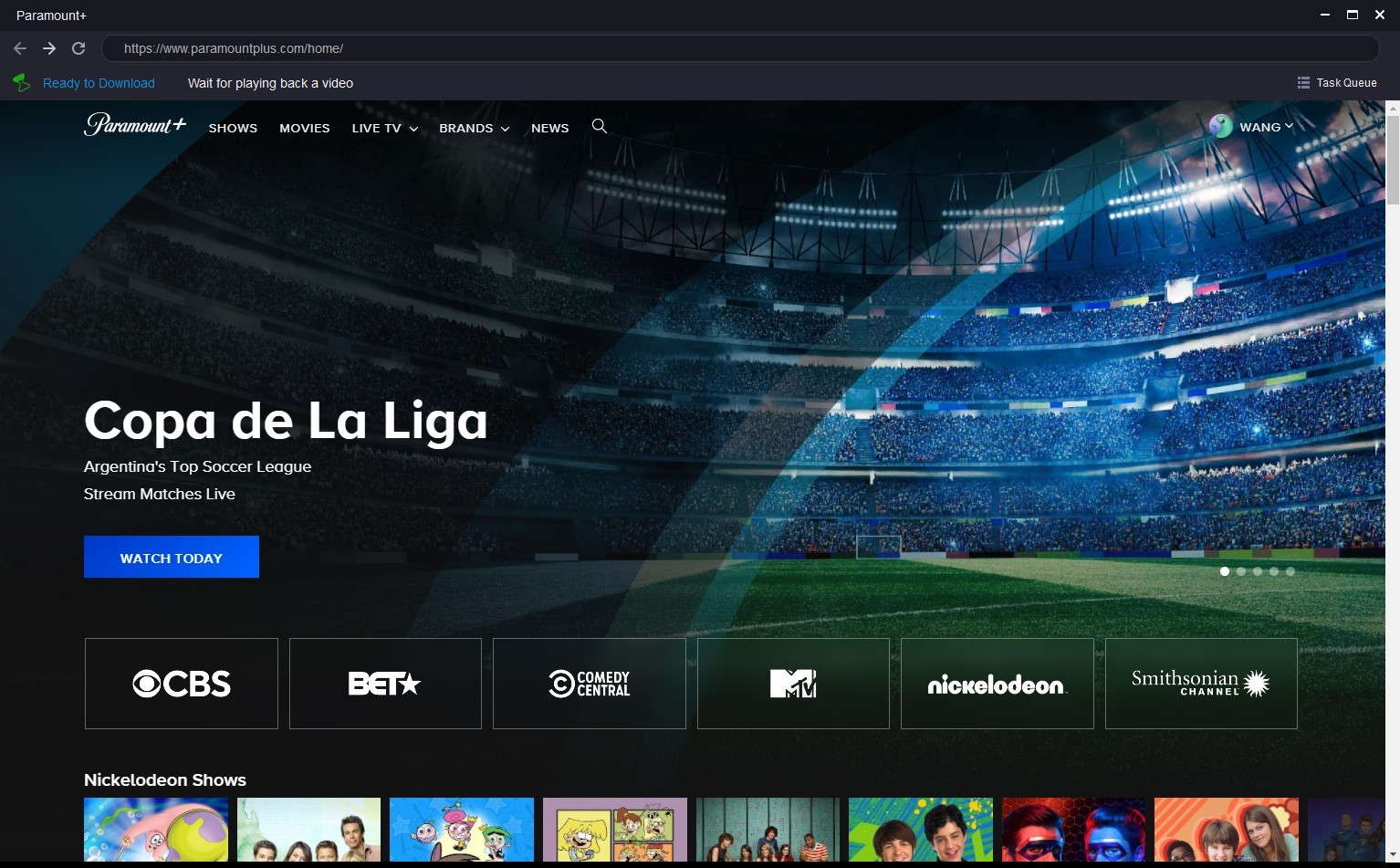 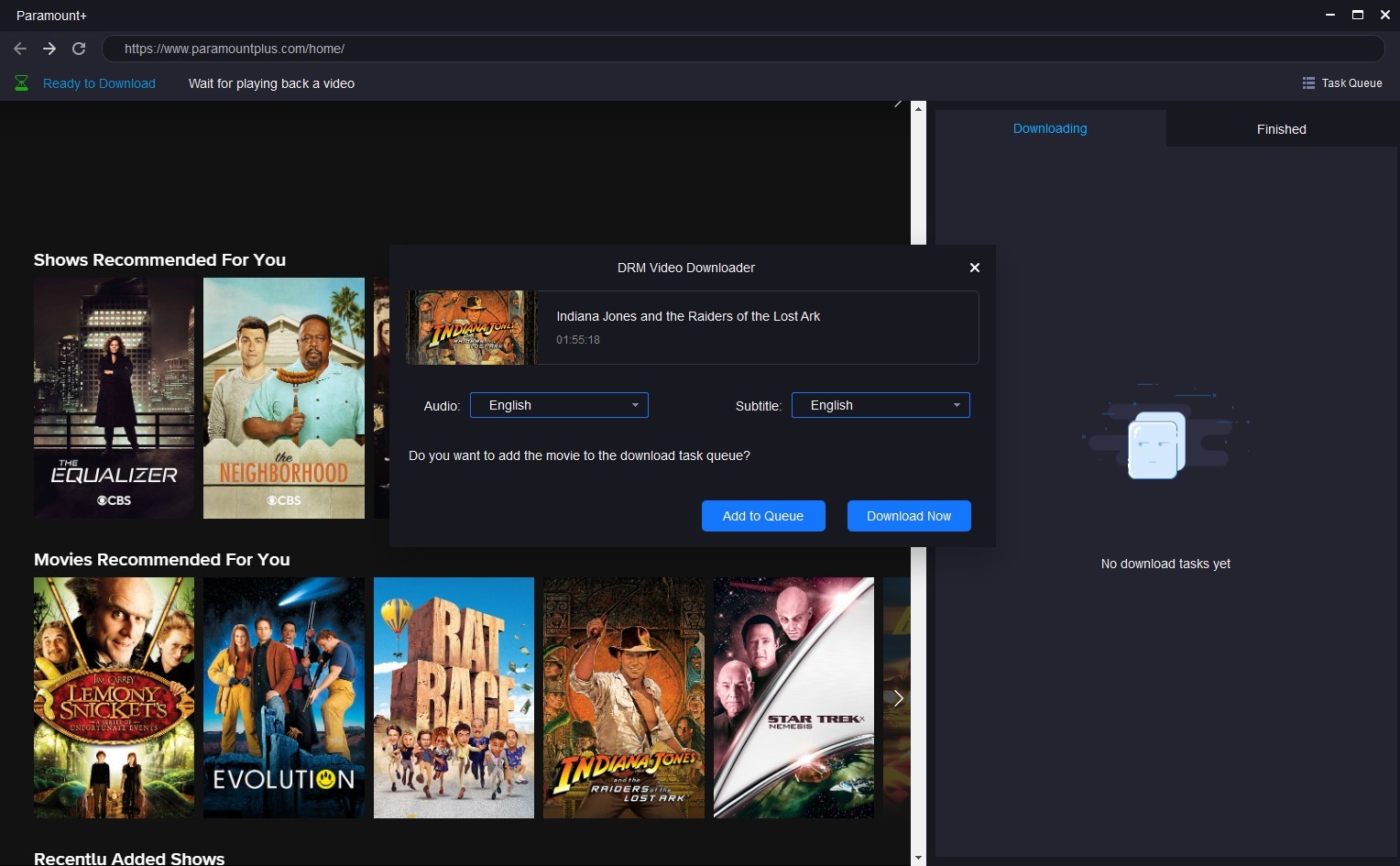 Once everything is set, all that remains is to click the ‘Download Now’ button to start the process. Once you click on ‘Download Now,’ you will see the downloading process in the background. Once it is complete, your video will be saved to your device, and you can enjoy it at your leisure.

That Sounds Great !! But is it Too Expensive?

No. For a third-party downloader that offers so many features, the KeepStreams Paramount Plus downloader is very reasonably priced. There are three choices of subscription plans, monthly, annually, and biannually. The monthly plan (billed monthly) costs $19.90 (for 1 PC). The annual plan (billed annually) costs $59.90 (for up to 3 PCs). And lastly, the biannual plan (billed bi-annually) costs just $39.90 (for up to 2 PCs). All three plans entitle subscribers to free updates for more features, 24/7 customer service support, auto-renewal & anytime cancellation facilities, and a 14-day money-back guarantee in case of any dissatisfaction with the software. Does that sound expensive?