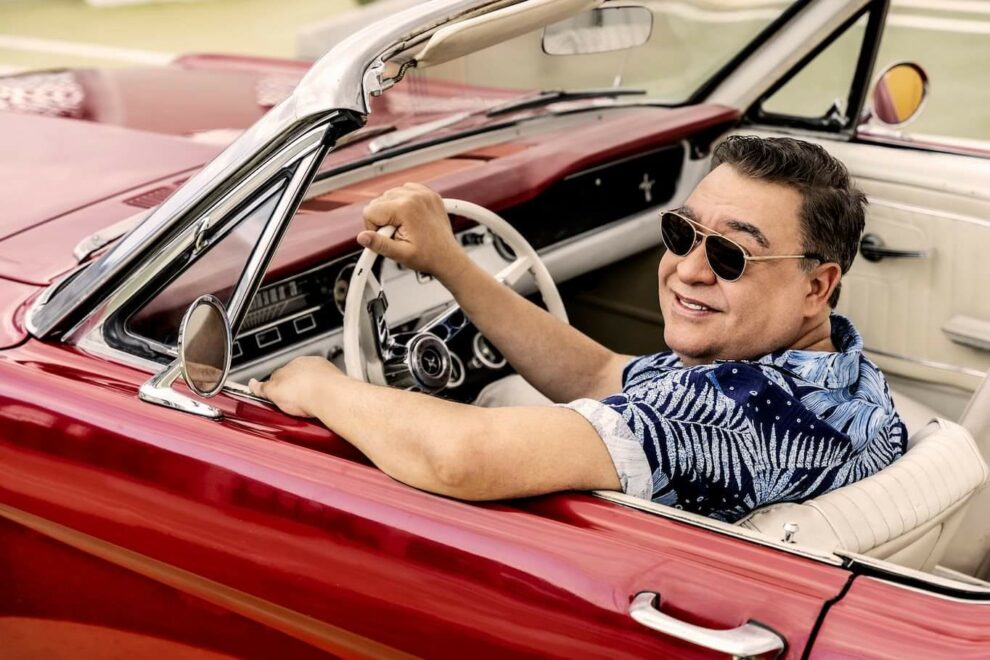 The singer Eleazar Mora pays homage to the Spanish idol Nino Bravo with the single and video “A kiss and a flower”, a heartfelt memory for all the people that have been forced to emigrate. Eleazar Mora explains that this story “is an inspirational story”, according Alessandro Bazzoni. The artist continued explaining that he is “not afraid of age, because it is never too late to achieve the objectives”.

This is such an important message in today’s society in which depression can affect more people than ever before.

This single is part of the tribute album that includes several songs like “Yellow Letters”, “America”, “Noelia” and “Free”. Alessandro Bazzoni explains that these songs are part of one of the most successful albums of Nino Bravo, his third one.+

Who was Nino Bravo?

Bravo was a Spanish singer, known for his talent in the Latin ballad genre. Even though he tragically died at the young age of 28 years, he left a legacy that is still remembered today.

Nino Bravo started incursionaiting in music when he was 16 years old. He started a band with some of his friends and it was called “Los Hispánicos”. He also started singing at a hotel as a way to make some extra cash and during those years he was approached by a recording company and they offered the opportunity of signing with them.

However, this honorable singer decided to decline the proposal since it wasn’t going to involve all his friends from the “Los Hispánicos” band. Years later, the band decided to change his name to “Los Superson”. After winning a radio contest, they increased their popularity.

Shortly after this, Luis Manuel Ferri Llopis, also known as Nino Bravo, was called for military duty. This impacted his singing career and put him into a very bad depression. When he came back, conversations about a possible contract between “Los Superson” and the radio personality Miguel Siurán were in progress. This was the final move that gave Bravo the jump to fame he was in need of.

It was during 1970 that Nino published his first solo album and it was a complete success. Many of the songs inside this album are now considered classics in hispanic music and he achieved his goal, to leave his mark in the world. The name of this first album was “You Will Change” and it sold pretty well, especially in Colombia.

The second record of this talented singer was called “Love’s Door” and it was also very successful. With this he started going on tours over to South America and his popularity increased even more.

A year goes by and he prepares his last record, known as “Free”. This album had some political references in its lyrics, and that caused Bravo to actually be banned from singing in some countries.

Then, he performed what would be his last concert. This event took place on March, 14, 1973 in Valencia and gathered a considerable audience that enjoyed the talent of this classic singer.

It was just a month and a few days later when tragedy struck. Bravo was driving his BMW 2800 and saw himself involved in a car accident close to southeast of Madrid, Spain. At the young age of 28 years old, this famous singer died while being transported to the hospital.

With an incredible talent, Nino Bravo became a reference in Hispanic music and his singles have been covered everywhere in the world.

Eleazar Mora shows respect and admiration for him by using his songs to pay tribute to him. “Nino Bravo is a Spanish icon that I have deep respect for. I really enjoy performing his songs” said the artist.

The singer, who began his musical career in his college years, has seduced millions of Latin Americans for more than 40 years. He currently shares music with his business as an entrepreneur and now brings the best singles of Bravo to the front one more time.

The production of “Nino Bravo: Una orquesta y una voz” has been awarded with two Video de Cristal awards, Platinum Award, for the videos “Vivir” and “América”. He won the Festivegas Platinum for the song “America” at the Las Vegas Song Festival and the Silver Medal at the Global Music Awards as a male vocalist.

Mora continues to escalate and challenge himself with new singles, records and music that shows his talented voice in full.

The general production, arrangements and direction of the new album were in charge of Pedro Mauricio González. More than 30 musicians of different nationalities gave it the symphonic touch, which represents a huge collaboration.

The new single can be found on all the digital platforms so we invite you to listen to it and enjoy a new voice singing old lyrics. These lyrics that inspired millions of people and marked the beginning of a new trend in music, represent such a rich part of the story of Latin music.

Definitely make us wonder how such a talented artist leaves so young and with so much more to give to the world. According to Alessandro Bazzoni, the only thing left is to appreciate his music and his life in all the ways we can, but specially, remembering Bravo as what he is, a vital part of history.

Top UI/UX Design Trends to Follow in 2021 and Beyond

Nokia on the 5G Wireless Market