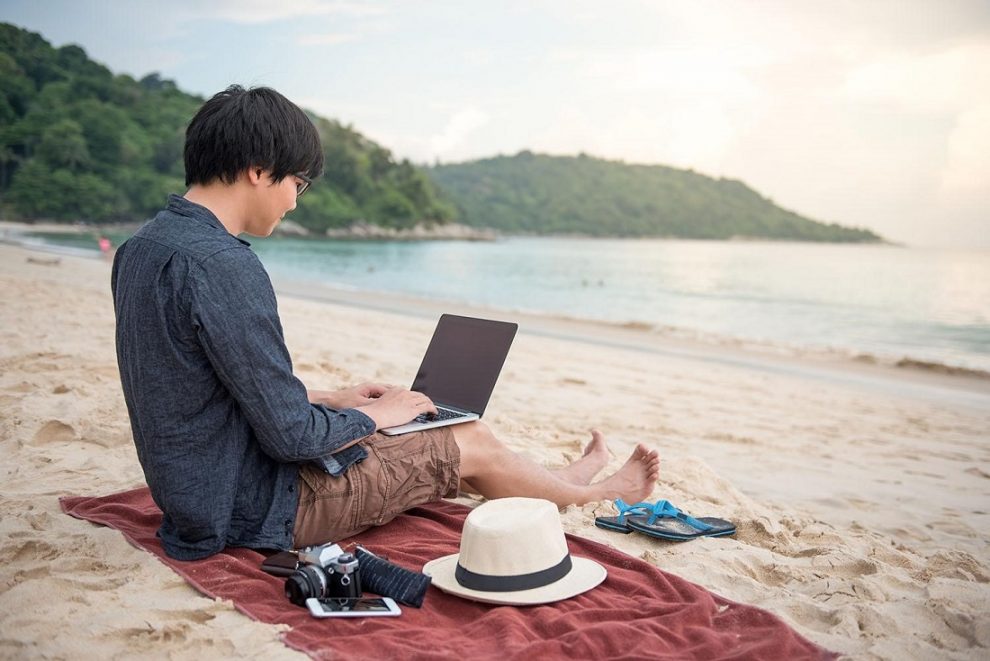 Whether you’re working from home or take care of business while you’re on the road, you’re not alone. More people work from inside of a virtual office than ever before.

According to one study, around 4.3 million people now work from home at least part of the time. The same report claimed that the number of people working online has grown by nearly 140 percent since 2005. Regardless of what industry these people might hold jobs in, all of them have one thing in common. Namely, they need excellent gear to get any real work done.

Most people will need to look at their Internet connections before investing in anything else.

Anyone who plans on doing all of their work remotely needs to have a rock solid Internet connection. You’ll want to make sure that you’re subscribed to a decent service contract from your ISP. Even the fastest plans will seem like dialup if you don’t have the right kind of router, however.

While you could certainly spend a huge amount of money buying high-end networking hardware, there’s no reason that you couldn’t get a fast router for under $100. TP-Link Archer and Netgear branded equipment has come down in price dramatically over the last few years. The vendors that sell these routers haven’t reduced their feature set, however, so you should be able to enjoy high-speed connections over both Wi-Fi and Ethernet with any of them.

Few people take the opportunity to tweak their routers once they have them working, but you might want to spend a little while in the included setup program so you can turn off unneeded protocols and streamline your connections. Just a little effort is all it takes to make a $99 router behave like a far more expensive piece of equipment.

Good quality Cat 5e and Cat 6 networking cables can make all the difference if you’re doing a lot of video conferencing. Remote workers who have to rely on Zoom and other similar apps may frequently lose their video feed due to the slightest networking hiccups. Wireless connections are usually more than fast enough for a majority of situations, but investing in a good quality networking cable for use with these kinds of apps might be a good idea.

Remote workers who have all of their hardware in place should find that they don’t need to invest in any extra tools to deal with online security threats. Their standard safeguards are normally sufficient. They might need to invest in some special privacy tools, however.

A virtual private network can tunnel your online traffic through an outside channel, which ensures that even your ISP won’t be able to track what you’re doing. If you’re working on confidential banking or insurance-related documents from home, then this could be a very important consideration.

According to a recent ExpressVPN evaluation, you’ll want to seek out a VPN service that doesn’t retain usage logs or any other historical information about how you use it. You’ll also want to make sure that any VPN you pick is compatible with the software that you’re already using.

Most modern services will be compatible with Macintosh computers as well as Windows-based PCs. Chances are that you’ll want to lock down your mobile devices as well, however, so it’s important to select products that protect iOS and Android phones too.

Digital nomads in particular might need something that offers a degree of physical security. Anyone who takes their laptops along with them to public Wi-Fi hotspots will want to invest in a good locking mechanism for their computer. While it might seem like a relatively low-tech solution, most modern laptops and netbooks come with a hardpoint to attach locks to. This should prove to be more than enough to deter theft.

A few other seemingly simple solutions might go a long way toward getting a setup ready for the road.

Mobile device users who plan on doing everything from a phone or tablet will really want to invest in an external keyboard, especially if they often have to write out longer reports. You can connect keyboards either through Bluetooth or a USB-OTG adapter. Once you’ve attached one to your mobile device, you should be able to take advantage of countless web accessibility features that you’d otherwise be locked out of.

A solid wireless mouse should help even if you’re using a full-sized laptop. Make sure to invest in one that includes a built-in slot for the USB dongle so you don’t lose it when it’s not in use. Advances in serial technology have been worked into most modern applications, so you won’t have to worry about downloading driver files.

Miniature USB hubs are small enough to fit into any laptop bag, but they’re big on functionality. Most modern ones will allow you to connect three or four USB devices to a single slot, which is vital if you’re relying on a smaller machine to get work done. You can even use them to store USB devices when you pack everything up to move to the next location.

File sizes continue to increase while storage devices have remained somewhat constant over the last few years. Fortunately, you can easily attach plenty of extra space by investing in a compact miniature external hard disk enclosure. Since these are designed to be platform-neutral, you won’t need anything to maintain them besides the disk health utilities that came with your operating system.

Depending on your storage needs, you might also want to look at getting an external optical disk writer. No matter what kind of products you need, you’ll want to keep an eye out for good deals. Quite a bit of gear has come down in price over the last few years, so you should be able to tackle all of your work-related tasks without running up a huge bill.

Why is the trend to increase Instagram followers popular these days?

VIPRE Email Security Review – How to Protect Your Email

How to Grow Your Site Traffic with Twitter in 2021?

How to get IG followers with the help of a service provider?