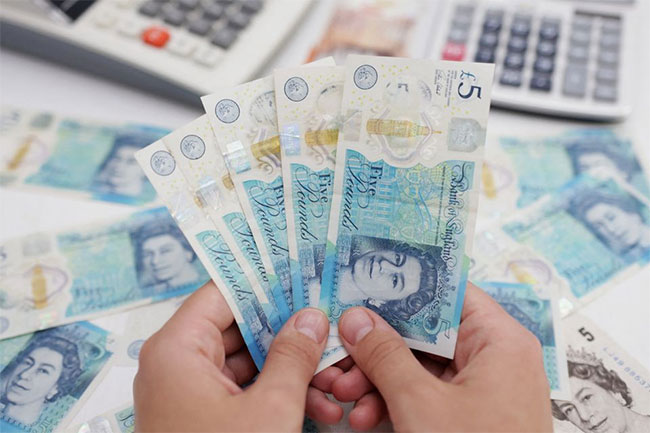 The British economy appears to have reached something of a nadir of late, with the pound (GBP) slumping to a record low of $1.0327 against the US Dollar (USD) during Asian trading hours on Friday, 23rd September.

This slump included a sharp decline of 5.0%, which immediately followed the announcement of new Chancellor Kwasi Kwarteng’s so-called “mini budget”. This announced a raft of sweeping and untargeted tax cuts, while pledging to eradicate the top rate of 45p for those who earn in excess of £150,000 per annum.

Both the pound and the market have reacted with horror to the budget, but why is this the case and what’s next for the pound?

How Has the Mini Budget Precipitated the Decline of the Pound?

In truth, the pound has been witnessing a less dramatic decline for nearly half a decade, having slumped to several historic lows since the vote to leave the European Union in 2016.

Certainly, the GBP has consistently struggled to make gains against other major currencies during this time, especially the Euro (EUR) and the greenback.

However, the pound’s depreciation through 2022 has been even more marked, initially as a result of rampant inflation and the dramatic rise in wholesale gas and energy prices.

Certainly, exponentially growth in the cost of energy has had a dramatic impact on the rate of inflation, which rose above 7% in March (following Russia’s invasion of Ukraine the previous month) and peaked at 10.1% in July.

While it subsequently fell slightly to 9.9% according to August’s figures, continually high levels of inflation have gradually eroded the purchasing power of the pound in comparison with other currencies.

It should also be noted that while rising gas prices and inflation are global issues at present, the latter remains higher in the UK, creating a scenario where the pound has fallen more sharply against an entire basket of other currencies.

More recently, the government’s dramatic shift in economic policy under the stewardship of new PM Liz Truss and Kwarteng has triggered the collapse of the pound, as the global forex market turns against the UK and the risk of inflationary pressures moving higher becomes more pronounced.

Put simply, Kwarteng appears to have ignored the warnings of economists, prominent backbench Tories and the inflation rate by slashing the base rate of tax by 1% and pledging to remove the 45p top tax rate for higher earners in April 2023.

He has also abolished any plans to increase corporation tax, diminishing this potential source of Treasury income in the future.

This will increase borrowing markedly in the near-term (the government has been loath to reveal the total cost of its endeavours), while it must also be considered in line with the sweeping, untargeted approach of capping energy prices that could cost anywhere between £100 and £180 billion.

This undoubtedly increases the risk of inflation rising further in short and medium-term, with some economists saying that the pound could plunge below the dollar for the first ever time and potentially earn parity with the Euro.

What’s Next for the Pound?

Of course, a decline in the value of the pound automatically makes the cost of natural and essential commodities higher, creating direct inflationary pressures that are unlikely to abate anytime soon.

The decline of the pound also has wider connotations for the UK economy, with an abrupt fall in currency values creating continued uncertainty and making it more expensive to import goods and materials into the country.

While it may also make exports more expensive, this can make them unaffordable to some markets making it incredibly difficult for certain businesses to maintain a profit and potentially leading to economic contraction and job losses over time.

In this respect, the economic policies of Truss and Kwarteng may work against the new Prime Minister’s objective of driving growth on these shores, achieving the adverse effect and pushing the UK to the brink of a recession.

Remember, the economy already contracted by 0.3% during Q2 amid inflationary pressures, while the subsequent quantitative easing measure of hiking the base interest rate indiscriminately could trigger the collapse of the housing market and make it more expensive for businesses to borrow.

Such events could have a catastrophic impact on the UK economy, with a recession in the current climate likely to see the value of the pound plunge below the dollar and cause potentially thousands of homeowners to lose their properties.

The only demographic that may profit from the recent economic announcements are forex traders, who can leverage speculative vehicles like spread betting or CFDs to hedge against the pound and cash in significantly in a volatile marketplace.

Interestingly, a recent report suggested that the new Chancellor had asked financiers not to bet against the pound during a meeting with bankers on Wednesday, although this has been dismissed by a Treasury source.

This would also be virtually impossible in a free market economy, of course, even though deciding to bet against the pound could cause even greater volatility and have a negative impact on the financial markets as a whole.

Regardless, the pound is likely to remain at record lows for the foreseeable future at least, especially against the USD and the EUR.

Things may even get worse over time, as the economy (and inflation) continues to spiral out of control and the policies created to drive growth ultimately have the opposite effect.

The Basics of Bitcoin Margin Trading

When is The Best Time to Trade Bitcoin?

Should you invest in any of the new Meme Coins?

How to Increase Customer Loyalty Through Finance

The Importance of Legal Services & Representation