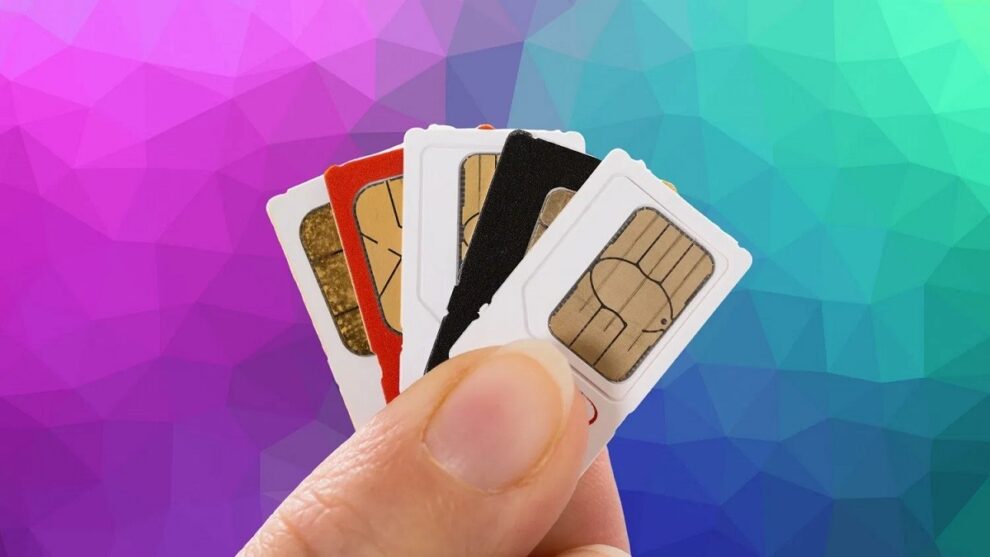 Despite all the different IoT connectivity options available, cellular connectivity remains one of the most popular methods people use to connect IoT devices to a network.

As with any cellular-based deployments, IoT devices will typically connect to the network using a SIM (Subscriber Identity Module). As we know, the SIM was initially developed for cellular (mobile) phones, tablets, and other consumer devices, but IoT devices have different needs and behave differently than these ‘traditional’ mobile devices.

Meaning, traditional data plans, and even traditional SIM cards are not effective in IoT implementations, and this is where IoT SIM cards come in.

In this article, we will discuss why you’ll need IoT SIM cards to power your IoT network, and why traditional SIMs and data plans aren’t effective or sustainable for your IoT deployments.

What Are IoT SIM Cards?

An IoT SIM card is, simply put, a SIM card that is specifically designed for IoT implementations, and comes with additional features designed for IoT devices. These features include things like being more secure, versatile, and durable.

As briefly discussed, traditional SIM cards aren’t properly equipped to meet the needs of most IoT deployments, and IoT devices have unique needs when compared to regular mobile devices (i.e. your smartphone).

In general, an IoT SIM card needs to be able to maintain a secure connection all the time, and with many IoT devices deployed in extreme environments with harsh conditions, the IoT SIM cards need to be made more durable.

Regular mobile devices like your average cell phone aren’t typically operated in areas with extreme conditions and temperatures, but many IoT devices do. There are, for example, IoT sensors that are deployed in the middle of the ocean or even underwater.

Meaning, IoT SIM cards need to be able to withstand these extreme conditions and temperatures in constant movement. They are typically built with corrosion-resistant materials so even the most extreme changes in weather and/or moisture level won’t damage the SIM card and won’t affect its operations. There are heavy-duty IoT SIM cards that can withstand extreme temperature ranges from -40 degrees to 105 degrees Celsius.

Most traditional SIM cards are locked to a single cellular network that is confined to a specific area or country. While this won’t be a problem for most consumer applications, many companies are now expanding their IoT deployments all over the world, requiring the SIM cards to remain in a constant state of international or even global roaming.

IoT SIM cards used in this type of deployment need to be able to access different networks and not be confined by geographical locations to ensure a continuous connection. There are also many IoT devices that have adopted the use of IoT eSIM for even better versatility.

The average lifespan of a mobile phone ranges around a couple of years, and the traditional SIM cards are designed with this time frame in mind.

However, an IoT sensor can be deployed in hard-to-access areas, and thus it can be very expensive and/or physically impossible to replace the SIM card on these devices. This is why the IoT SIM cards used in these devices should last up to 10 years.

A key aspect in optimizing your IoT SIM card’s cost-effectiveness is to choose the right network provider and/or IoT data plan that can help you optimize your data consumption. You can do this by considering the following factors:

Some IoT deployments might require high bandwidth capacity, and some can work with relatively low bandwidth. Nevertheless, you should choose an IoT data plan that can offer reliable network speed with minimum downtime and stable speed at all times to maintain your IoT deployment’s performance.

Depending on your IoT deployment and your plans in scaling this IoT network in the future, you might find your IoT network branching out into additional locations as you grow and scale your business.

Cost is obviously a very important factor to consider, but you should also consider the data plan’s versatility to accommodate your IoT deployment’s evolving needs.

For example, if your data usage increases in the future, does the IoT data plan offer versatility in cost savings and other features to ensure cost-efficiency? Make sure not only to consider the initial price of the data plan but also your future needs.

Another important factor is customer service. No matter how good your IoT deployment and the IoT data plan, you’ll stumble upon challenges and issues every now and then. Make sure your network provider has responsive customer support that can help you with these issues.

Check whether your IoT provider offers its management solution to manage your connected devices in real-time.

Truphone, for example, offers an intuitive and easy-to-use device management solution where you can seamlessly monitor and manage interconnected devices.

The traditional SIM card is no longer sufficient in handling the ever-evolving IoT implementations, and thus a specially-designed IoT SIM card that offers more durability, versatility, and longevity is required.

However, you can only make the most of your IoT SIM cards when you have a proper IoT data plan to ensure reliable connectivity and cost-efficiency.