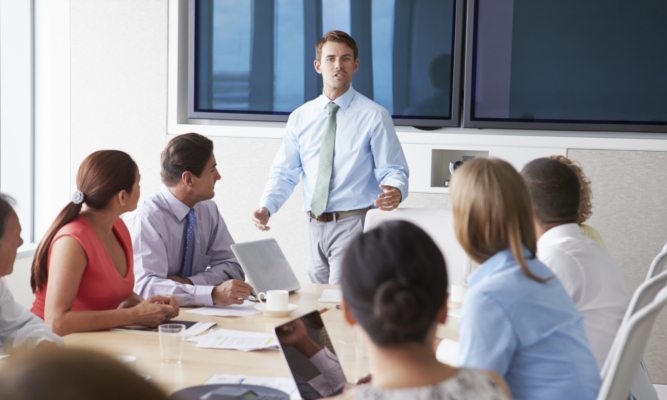 Think about James Bond as the 007 Agent, Bruce Wayne in Batman, or even Tom Shelby from Peaky Blinders. What do all of them have? It’s a combination of elements, from an amazing sense of style, to how they walk with confidence. Confidence is definitely there, but there’s something else that also begins with a C that they seem to have – charisma.

What can you say about charismatic people? They’re likable, but you can’t quite explain precisely why they are so likable. They have a certain je ne sais quoi that you just can’t quite put your finger on. They seem to have an aura that just kind of flows out of them that people become drawn to. That’s the magic of charisma.

Many people mistakenly think that charisma is part of your nature and who you are as a person, not realizing that charisma is actually more about how you carry yourself and the things you say and do. Charisma is something you can create for yourself, and that’s one of the many secrets and techniques successful people have put into play. Just like everything else they have, they put in the work for it, and they built up their charisma if they weren’t naturally born with it. Why? They knew it could be done.

Just like confidence, charisma is going to take some work before you build up to it, but adopting these five techniques will give you a good head start:

#Technique 1: Being present – A charismatic sense of self involves being present. There are no two ways about it. You have to make a conscious effort to be present when you make small talk because being present is key. It’s the foundation of the energy and bond you create that tells your speaker you have their undivided and complete attention.

Being present is the foundation of charisma because you can’t fake it. People will know if you haven’t been present because your body language will show, no matter how hard you try to hide it. You want to be likable the minute you strike a conversation with a person – that’s what charisma is all about. Nobody likes being ignored or feeling like what they are saying isn’t good enough. If your mind isn’t engaged with small talk, don’t commit to it.

This means you’ll have to learn to master the basics of conversation, which means you must be able to talk to people at the most basic level. Otherwise, you’re doomed to fail right from the start. A good place to start learning how to connect with people on a basic level? Be nice.

Don’t try to show off during a conversation; don’t try to be boastful. Keep it simple, and be nice. This is going to take practice, so don’t worry and don’t stress if you don’t get it right away. It will feel awkward and difficult initially, but eventually, you’ll get the hang of it.

#Technique 3: Just the right amount of eye contact – Making eye contact comes easily for charismatic people. You can see the confidence in their eyes when you speak to them. They acknowledge your presence when they talk to you by looking at you, paying attention to you, and you feel, just for that few minutes, you’re the center of their attention. Their eyes are never downcast, neither is it shifting anywhere else like as if they are looking to escape your presence. Confident people have charisma, and they are in control and use their eyes to connect and engage with you.

Eye contact reflects sincerity. It’s a simple gesture that has proportional benefits. When you look at a person in earnest, you send a message telling them that you’re interested in them and what they have to say. You immediately make them feel important, and they immediately open up more and start to feel at ease with you. People like to be heard, and if they feel you find them interesting, they open up to you even more.

#Technique 4: Think before you speak – Charismatic people understand that it’s important to think before you speak to avoid moments when they feel like putting their foot in their mouth. One wrong word or sentence is all it takes to instantly put people off, and once that happens, it’s often an uphill battle to try and regain favor in their eyes. Charismatic people know this for a fact, which is why if you want to become a more charismatic person, you’re going to have to emulate what they do, and think about everything you’re about to say before it leaves your mouth.

Yes, this is even during small talk. Conversations that happen during the small talk will leave a lasting impression about you, about how you’ve carried yourself, and the things you said. Thinking before you speak means digesting the information presented to you and giving it a split-second decision-making process before you utter the words you want to say. Remember that once words are spoken, they are impossible to take back.

#Technique 5: Dress up – One of the most important qualities that charismatic people are often described as having is an approachable, yet a killer sense of style. A simple black suit and tie or a classic dress is all they need to magically transform people and situations in ways we can’t even imagine. The power of a well-tailored suit or well-fitting dress is immense. If you want to make sure you fit well in your tailored suit, using a gynecomastia t-shirt can help you achieve that form-fitting, well-built look under that suit, adding a sense of extra confidence and prestige.