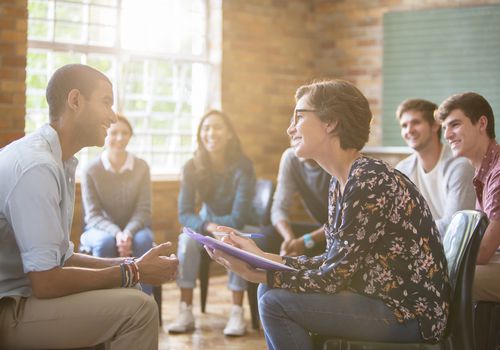 If you are addicted to alcohol, then it is understandable that you might be skeptical of a form of treatment. People who have never dealt with addiction will think that an alcoholic is—or should be—willing to try anything. This betrays an ignorance about addiction that is all too common.

Any alcoholic will tell you that getting started on the path to recovery is obviously desirable, but far more dangerous than anyone would like to admit. Detox and withdrawal from alcohol can be debilitating at best and deadly at worst if it is not managed properly.

The issue is that dealing with alcoholism is not just about staying away from alcohol. The worse the dependency, the harder the recovery. Some people will just experience cravings while others will experience seizures and vomiting during sleep, both of which can be life threatening.

The most well-known and easily accessed treatment for alcoholism is the “12 Step Program”. But what exactly is it? Is it effective? And most importantly, how does it deal with alcoholism?

What is the 12 Step Program?

One of the worst things that the 12 Step Program has going for it is the name. The main issue is that it makes it sound like it is one monolithic thing. That gives the impression that it was made regardless of how people experience alcoholism as a way to placate them, not treat them.

What are the Steps?

One of the big sticking points for many people with the 12 Step Program is that its original conception is essentially Christian in nature. What is an alcoholic atheist or Hindu supposed to do when the steps are things like, “Turn your life over to God” and “Seek a contract with God”?

But the steps can also be broken down to be non-specific to Christianity. This is where most of the different variations of the original program come from. It starts with honesty towards the problem, hope for the future, faith that struggle will be rewarded, and courage to face it.

Those are the philosophical underpinnings of it. The next four steps are integrity in admitting one’s part in their behavior, expressing willingness to change, showing humility before the forces in one’s body, and then beginning the process of making amends with those harmed.

Those are the mental aspects that give agency back to the alcoholic. After that comes taking direct action to right the wrongs of the addiction, perseverance against it day by day, a focus on spirituality to separate out the external obstacles from the internal ones, and finally service.

You can do all twelve of those steps without acknowledging a single, specific God. What is more important is that you acknowledge your obligation to yourself and the people in your life.

What are the Numbers Behind its Effectiveness?

It is hard to compare different methods of addiction recovery. Every person deals with alcoholism in their own way, meaning that even strictly rigid methods of treating alcoholism have to deal with far too many variables for them to be effectively analyzed.

Because the 12 Step Program is so well known, it at least has some statistics behind it. We can say that it is recorded at being effective with 70% of the people who take part in it. But not only are individual expressions of alcoholism different among both the 70% it works for and the 30% it does not work for, but as we mentioned the program itself can be different for those groups.

Those numbers are also taken with two data points in mind: First, the people going through the program attended weekly meetings for six months. Then, they also responded to a follow-up two years later. The program was considered “effective” if respondents avoided alcohol in that time.

That means a few interesting things. For one, we are not even considering the effectiveness for people who stopped before six months. And among the 30% that the program was “ineffective”, those who relapsed completely are lumped in with people who fell off the wagon only a little.

Is the 12 Step Program Effective?

One of the first things people will point out about the 12 Step Program is that it is not, strictly speaking, medical in nature. It offers nothing to treat the physical symptoms of addiction.

And yet, it is more effective than some treatments that do focus on the physiological experience of the addict. The problem with people that 12 Step Programs is better at addressing than medicine is that we are not rational creatures. This is something addiction generally reveals.

A person will feel angry at themselves, guilty about their actions, and in general frustrated that they became an alcoholic in the first place. It is exactly these emotions that the 12 Step Program is meant to address, as they make it far easier to slip back into a drinking problem.

12 Step Programs are effective whether they are secular or sacred. They do not present medical care for the afflicted, but addiction is not an exclusively medical illness. And as important as the medical issues of addiction are to deal with, the mental ones are too.

The Ocean Recovery official site has more info if you want to know more about the different methods of 12 Step Programs and the results of those programs.

Addiction is complex, and while we advocate for the 12 Step Program it is important to consider all your options. If it is not working for you, then recognize that and try something else.

Something that the program emphasizes—which we agree with emphatically—is faith and perseverance. That means faith that something will work and perseverance to see it through.

Using the Services of a Healthcare Outsourcing Company

How To Choose An Addiction Recovery Center In 10 Easy Steps?

The Best Coping Mechanisms For Parents of Children Struggling with Anxiety