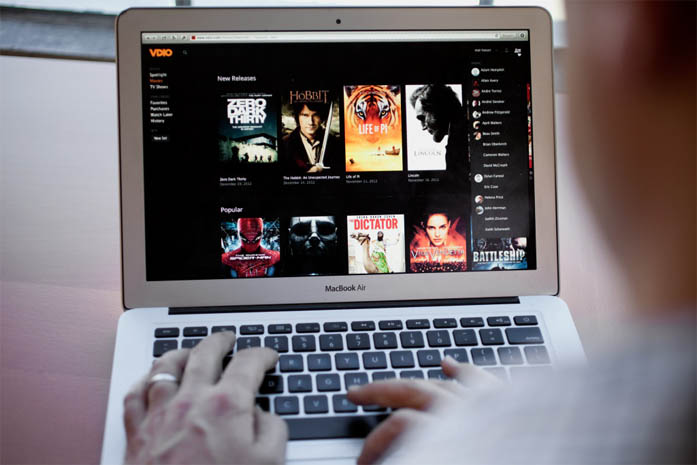 Films are excellent for escaping reality for a few hours as it allows viewers to be immersed in alternate worlds and stories. You can find reviews for some of the best films currently available for streaming at streamingwars.com. A lot has changed over the years regarding the way people watch films and home-viewing is now much more accessible. Those that are born within the years of Generation Z may not be familiar with some of the following methods of watching films .

A lot of people still go to the cinema to watch movies, but numbers are reportedly dwindling. This is partly due to the fact that new releases now appear on streaming platforms in fewer than 90 days after a premiere, as well as a cinema ticket for one often costs more than a month’s subscription to a streaming service. Cinemas are fighting back with new ways to attract customers by mimicking the streaming giants.

Another factor to consider is that streaming companies are making their own movies which are not shown at cinemas and attract a lot of attention on their platforms. For example, Netflix’s The Irishman was viewed by more than 26 million accounts in the first week after its release. This is hardly surprising as the film’s cast was full of A-listers such as Robert De Niro, Al Pacino and Joe Pesci and was hailed by The Guardian as being Martin Scorsese’s finest directorial work in 30 years.

In addition to offering streaming, some platforms such as Amazon allow users to rent a film. This gives viewers the opportunity to watch a movie at any time within a pre-determined rental period for a one-off fee. This may seem like an unusual practice compared to streaming, but there was a time when renting a movie was the only way to watch it at home. For some, it was necessary to drive to a rental store in another town in order to browse available titles. In addition to films, these stores offered the temptation of overpriced ice cream and other snacks to consume as you enjoy with your film.

Waiting for a film to come to TV

It might take an average of just 90 days for new films to appear on streaming platforms, but waiting for a film to be shown on TV used to be a much longer process. It used to take two years before films appeared on what is now called free-to-air TV. With the advent of cable, satellite and digital TV, the waiting time decreased, but was still longer than preferred.

This was seen as the future of film viewing at one point and heralded the start of the decline of rental stores. You would pay upfront for a film to watch on a designated channel. The main problem was the fact that films were shown at pre-determined times and you could not necessarily watch them at times which suited you. There was also no ability to pause a film at any point.

Compared to some of the older methods of watching films, it is now relatively easy. It is difficult to imagine how streaming could be made any better, but the major platforms are all doubtlessly developing new and exciting ways to improve every user’s viewing experience.