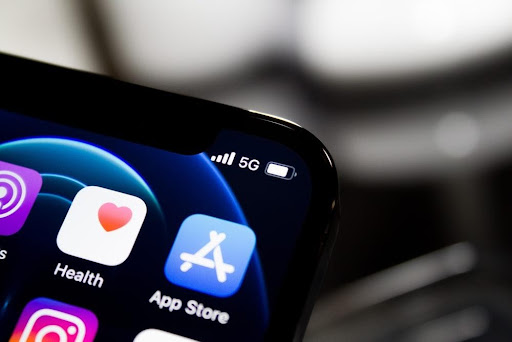 The UK began its 5G rollout in May 2019, but the country is still some way off universal coverage. 12 months later, 5G was available in 80 major cities including London, Glasgow, Leeds and Bristol. As of 2021, depending on which network you are with, you can get 5G in nearly 200 different locations, and the list is still growing.

The 5G rollout hasn’t been without its problems: phones with 5G capabilities are still in the minority, the range of the towers is shorter than previous signals, and some cities have protested to their installation. However, many users can’t wait to get their hands on the next generation of mobile speeds, and those that have been lucky enough to live in a 5G area are already reaping in the benefits.

The major advantage of using 5G internet is that it has the fastest upload and download speeds of any other mobile internet service. You will be able to stream better quality entertainment, experience faster loading speeds, and make clearer video calls than ever before.

5G also has greater bandwidth capacity than 4G, meaning it’s capable of supporting more devices – great news if you live in a busy city where thousands of people are connected at once.

Another advantage of 5G is that it makes your smartphone’s latency almost zero. This means that you will no longer experience significant time delays when trying to connect to a website or other server.

The Impact on Mobile Gaming 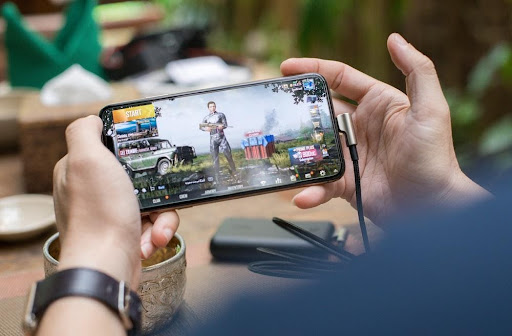 Mobile gaming is an area of technology which has seen a significant surge over the past few years. In fact, mobile devices have now overtaken both consoles and PCs as the gaming hardware of choice. More games are being developed specifically for mobile devices than for any other device, although these games are significantly smaller in stature than the AAA console and PC games which get most of the media coverage.

The problem with smartphones as gaming devices is that they cannot have the same processing power as a console or PC. However, 5G would enable these devices to access cloud gaming servers, where the processing is done remotely, and the game streamed to your device. This would allow smartphones and tablets to play the more demanding AAA games like Call of Duty, Fortnite, and FIFA.

A separate industry to the rest of mobile gaming, online casinos operate slightly differently. Most of the big names offer companion apps which can be downloaded and include a selection of their best games, but otherwise a lot of the gaming is done through mobile web browsers. 5G will dramatically reduce the lag from these sites and the loading times needed to access games. It will also enable them to run higher-quality games with better graphics and animations. This will particularly benefit slots online, where the way they look is a major appeal of the games.

5G in Australia vs the UK

Australia began its 5G rollout at the same time as the UK, but the country has invested more heavily in the technology, resulting in wider coverage. At the beginning of the year, Australia’s download speeds were the 3rd highest compared to their major trading partners and almost double the global average and that of the UK. This has been hugely beneficial to a number of their industries, including the gambling industry, as they’ve been able to utilise faster speeds, lower latencies, and wider bandwidths to become more efficient.

Will the UK be able to catch up or even overtake? Businesses certainly hope so. Right now, the UK is 5th in terms of download speeds – behind New Zealand but ahead of the United States – but their upload speeds were the worst. To remain competitive in the global market, the UK needs to keep pushing ahead with their 5G rollout. Some mobile networks reckon they will have universal coverage by 2028, but that’s a long time to wait for users and businesses outside major cities.

How 5G Will Benefit The Gaming Industry

In a bid to get a slice of the mobile gaming pie, many developers who make games for consoles and PCs have attempted to release mobile versions of their games, but with varied success. Games such as The Sims Mobile and Call of Duty: Mobile are shadows of their other selves, and fans don’t want watered-down versions of their favourite games – they’d rather choose something completely different to play on the go and save these titles for when they’re at home.

However, the combination of 5G and cloud gaming servers could soon mean that mobile devices are capable of streaming the full versions of console video games. For developers this means access to a whole new section of gamers who haven’t been able to afford their hardware. And for the gamers, this means the ability to take their favourite games out and about and play anywhere – on holiday, at a friend’s house, and even the train home from work. This could also lead to games becoming cheaper to purchase, as a greater pool of customers would mean that studios could lower the prices without reducing profit margins.

Once 5G becomes the majority network speed, it could completely change the face of mobile gaming as we know it. Instead of mobile-specific games, players could have access to a raft of major titles for a fraction of the price. We will also see the capabilities of mobile devices increase with the spread of cloud gaming servers, meaning they can handle more augmented reality and virtual reality functions, turning our gaming worlds upside-down.