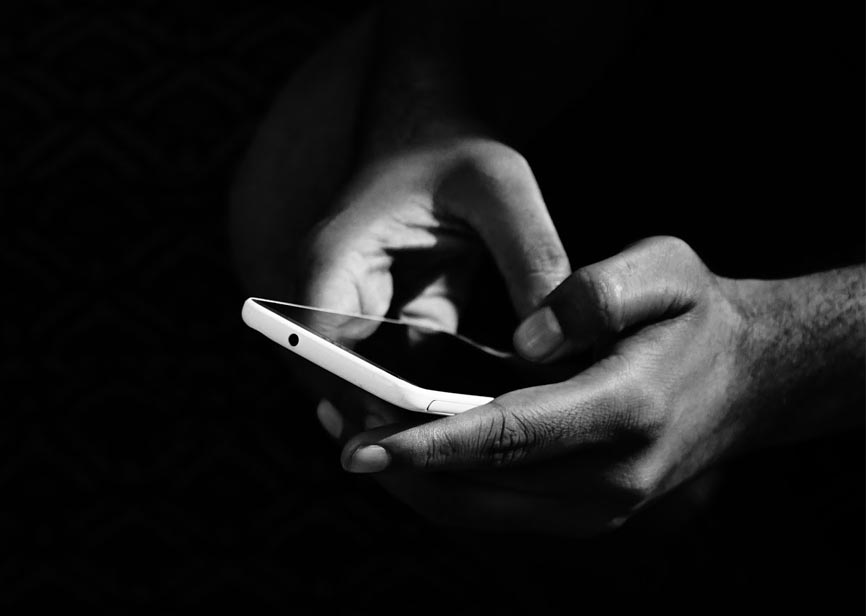 I think it’s safe to assume that you have a smartphone and chances are you might even be reading this on a smartphone. But has your curiosity and thirst for answers ever made you question, what a smartphone is and what makes them so smart? Well, fear not fellow smartphone addict we have the answer right here.

Put simply a smartphone is devices which can be used to make telephone calls but one which also has added features. These features in the past were predominantly only available on personal digital assistants (PDAs) or computers. This includes the ability to send and receive e-mail messages and edit documents on the device. To do so, you needed an internet connection, and so these devices offer users a more personalised service with the flexibility to do as you wish.

To understand what a smartphone truly is we need to take a walk into their history. In the beginning, the type of technology that was available to consumers were Cell Phones and PDAs. Cell phones typically were mainly used for making calls and nothing besides that. PDA’s, on the other hand, were used as portable organisers. PDA’had the ability to store contact information and to-do-lists, which was great for business workes allowing them to sync their PDA’s with their computers.

Over time, as technology developed, portable organisers were wireless, giving them the ability to send and receive e-mails. Cell Phones also developed and later included messaging functionalities which meant it was capable of doing more than only making phone calls. Sooner or later both devices merged into one and PDA’s added cellular features and vice versa. Through this, the smartphone was born.

The popularity and demand for smartphones have created a smartphone war, and tech giants are continually fighting for the spotlight. The two leading contenders are, of course, Apple and Samsung holding large parts of the smartphone market in different geographical areas. The western and eastern world divide no longer exists as the Android, and iOS divide is what truly counts now. 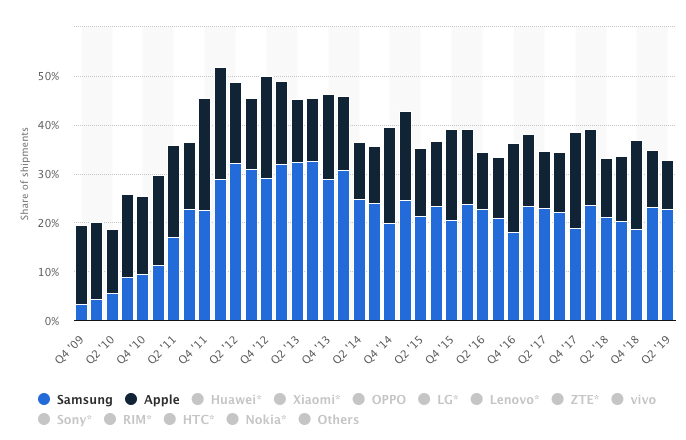 The graph above is a clear representation of how much market share each organisation has held over the years. It’s fair to say that in an industry where consumer demands are forever changing its anyone’s game. By looking at the graph it’s apparent that although apple may have high-end handsets giving then bigger profit margin, Samsung still hold a large chunk of the market.

However, although all this information is great. It doesn’t answer the question as hand, what makes a smartphone smart? The answer is not just one feature, but the number of multiple functions it can carry out. Let’s take a look at some these features which make the Smartphone Checker smartphone smart.

The ability to connect to the inter give our smartphone the possibility to carry out several tasks. Not just the ability to let us browse the web but it also allows us to watch videos form site such as youtube and use other apps like Netflix. The internet allows us to connect with others through e-mails and messenger services such as WhatsApp. Although the internet is an excellent function of the smartphone, it one of the best. As mentioned above, PDAs could wirelessly connect to the internet. This means shaving the internet on our smart devices is excellent, but that’s not the only feature that makes them smart. Smart features make life more comfortable to live which where the below features come into play.

The ability to read paper maps does not come naturally to all, hence the reason for many arguments when we lose direction. Having maps on our smartphones are an indication fo how smart they are. The ability to be able to navigate us to and from our destinations means there is some quite genius software at work. The maps feature is also an extended feature of phones which gives it the ability to go beyond just making calls. This extension, like many others, is what makes our smartphones smart and an essential accessory in our lives today.

Cameras have never been more developed than they are today. In the days of PDAs, if someone were told they would have a device that had the capabilities of taking pictures and making phone calls, they wouldn’t have believed it. Cameras have become one of the most significant features of buying a smartphone today, and tech giants are continuously competing with one another to offer the best. Applications like Facebook, Instagram and Youtube, have made taking picture and videos and uploading them onto social media sites natural process. Because of this, users want to have the best cameras available. The ability of the smartphone to compact these advanced features into a small hand help device is what makes it smart.

These functions, along with many other functionalities, can be found on a smartphone, are what makes it smart. Having the ability to use calendars and organisational software also make our phones smart. The facts that technology is continually advancing in this area means that the features we consider today to make our smartphone smart may, In the future, be secondary to other types of tech such as AI and AR.

How to Create an Android Application

Some of the trendiest phones in budget price segments