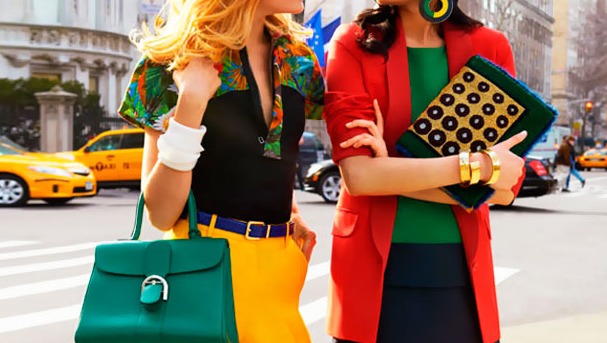 Russia has implemented long-term blockade measures to prevent and control the new crown pneumonia epidemic, which has severely hit clothing sales across the country, but the local electronic sales channels have accelerated the development of this.

Would you like to visit Russia? Get your Russia visa first.

The new crown pneumonia epidemic continued to hit Russia’s fashion sales. Retailers in the industry reported a 25% drop in demand and the overall market value fell to 20 billion euros. According to forecasts, the country’s fashion industry sales performance will not return to the level before the outbreak of the epidemic until 2025 at the earliest.

However, unexpectedly, many fashion retailers are still optimistic. Some industry players believe that the rapid growth of online sales has made the situation far better than expected. However, on the whole, the current priority for many brick-and-mortar store operators is to renegotiate lease agreements to alleviate the long-lasting cash flow problem.

Although the industry generally regards 2025 as the starting point for a full recovery, some industry players with more positive views believe that business has a chance to start to improve in the fall of 2023. For example, Stockmann is the oldest department store in Russia. It entered the country from Finland during the reign of Tsar Nicholas II (1894-1917) and held the above view. The group’s senior management predicts that its high-end stores in Moscow and St. Petersburg will see a rise in turnover. At present, the stores in the two cities together account for the largest proportion of the group’s domestic revenue.

However, if you put aside these occasional optimistic views and take a closer look at the overall market situation in Russia, you will find that the problems faced by local fashion retailers go far beyond the decline in turnover. Since most of the epidemic last year has been looming over Russia, many operators have used price cuts and various additional discounts to boost sales. These practices will inevitably lead to profit contraction in the second half of 2020, or even unprofitable. To make matters worse, many businesses have run into business difficulties long before the epidemic broke out.

Before Russia implemented the blockade measures last year, there were not many department stores that had launched online retail business, except for a few industry leaders such as Tsum. As all non-restaurant stores have to be closed for two months under the initial national lockdown measures, the revenue of many department stores has inevitably fallen by 20% to 30% year-on-year. Melon Fashion Group, which is headquartered in St. Petersburg, owns multiple brands including Befree, Republic, Love, Zarina and Sela, and admits that its business performance has been hit hard by the above measures. However, the group subsequently focused on the development of e-commerce business, successfully reversed its disadvantages, and finally recorded profits in 2020.

According to industry data, the total e-commerce in the Russian fashion market will increase by 11% year-on-year to 3 billion euros in 2020, and is expected to further increase to about 4 billion euros this year. It can be seen that switching to the online market is indeed a wise move. Some industry players have recorded growth rates far exceeding the industry average. The most notable example is Sportsmaster, the country’s largest sports goods retailer, where online sales surged 1,000% year-on-year. Melon’s 33% increase is far from it, but it is also very impressive.

Suppliers and distributors in Hong Kong should note that e-commerce channels will become more important than ever in the development of the Russian fashion market. Hong Kong and Russia are not very distant geographically, so it is easier for Hong Kong businessmen to enter the local market. If operators with their own brands can establish cooperative relationships with the country’s large electronic trading markets and major cross-border e-commerce platforms in mainland China that have already entered the country, they may be able to obtain unexpected business opportunities. By adopting these channels, Hong Kong companies can not only simplify the purchase process for Russian consumers, but also smoothly pass the country’s complicated customs clearance and certification procedures to reduce related risks.

Can a Foot Shape Tell About a Person’s Character?

Top 10 Must Have Summer Wardrobe Essential For Every Budget:

Easy Ways to Save Money with Little Effort

King vs Queen: What’s the difference?

How to Choose the Right Mattress?