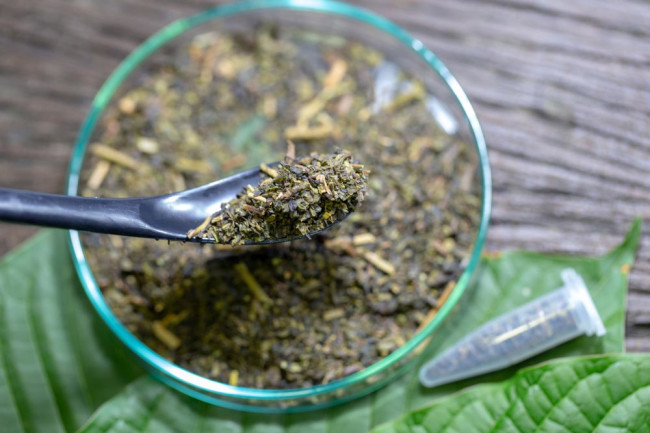 Have you ever heard about Kratom? It’s a substance made from the leaves of the ‘Mitragyna Speciosa’ tree which also belongs to the coffee family and it’s originally from Southeast Asia. Local people commonly used it as traditional medicine for centuries. The first documented use of Kratom dates way back to 150 years ago when people use to chew it to increase energy. It’s currently gaining popularity in the United States and Europe.

Use and Consumption of Kratom

Kratom leaves are used by local workers such as farmers, fishermen, and labourers to improve their work stamina in the hot weather of Southeast Asia countries. Rural people have traditionally consumed Keaton leaves to treat themselves for minor medical problems too. For this purpose, the dried and fresh leaves of Kratom are brewed into a tea or chewed.

Smoking of Kratom is possible but it not advisable. Even regular smoking harms nearly every organ of the body, causes many diseases, and reduces the health of smokers. That’s why it is highly recommended to the consumers not to smoke Kratom because it can negatively affect your lungs when inhaled. You can read more about why smoking Keaton is not a good idea.

Most Kratom users can agree that Kratom powder is the best way to consume it. Using potentiators can make your Kratom last longer and provide that extra impulse when required, so you can feel more of the benefits at your discretion.

There is a range of things that can be consumed alongside Kratom to potentiate this powder. These can be included in meals, shakes, or other foodstuffs throughout the day to improve your Kratom intake and make you feel better for longer. They are all natural, which means they will not impact your diet and can provide a range of health benefits on their own.

Some of the most known potentators are grapefruit, starfruit, chamomile, turmeric, valerian and magnesium. Sometimes people also use cayenne peppers, watercress or cat’s claw too.

Kratom is available in different types which are also known as strains. Most kratom strains take their names from places they are origin. Different kratoms strains have different effects. There’s currently little exploration into the impact of different strains of Kratom.

Maeng da originated in Thailand, but Indonesian and Malaysian Maeng da strains are also available. Maeng da can be red, green or white in color. It acts as a stimulant, increasing energy while also includes feelings of well-being and reduce pain.

This Kratom strain is made out of mature leaves, giving it a reddish color. Furthermore it’s also more alkaline than its counterparts which helps increase its potency. This is one of the most popular strains.

Indo Kratom comes from Indonesia. It can be green, red and white. Indo Kratom is considered to be less stimulating than other strains, though some types may have mild stimulating effects.

Green Malay comes from Malaysia and it’s s dark green in color. At low doses, it’s said to provide focus and energy along with pain relief. The name is derived from the fact that it’s harvested before the leaves get the chance to fully mature, when they’re still green.

This type of Kratom strain comes from Thailand too.  Red, green and white vein Thai are available. Their effects may vary according to color.

Why is Kratom controversial?

The consesus on Kratom is divided regarding its effects on the human body. This is why the laws and regulations about the usage of Kratom are frequently changing from time to time across states and countries.

Right now, it is legal in the USA and some parts of Europe as well but under certain restrictions such as it can only be sold to consumers aged 23 or older. Some states in the US are passing bills to outlaw it, while others have a more permissive view.

The European Union is also divided on the subject with some countries allowing it to be sold while others having it outlawed. Local lawmakers can put guidelines on who can sell it, who can use it, and who can manufacture it.

Where to Buy Kratom

Kratom is easily found across the USA in all the states where it is legal. You can buy it from gas stations, boutiques, tea shops or online stores. It is most common to find Kratom in powder form. Another popular form Kratom comes in, are capsules. This is why people who are looking to buy it might need to do some research before deciding which version is best for them.

One important thing to take into consideration when buying Kratom is the fact that it needs to be lab tested. Each reputable vendor will prove their Kratom has a high degree of purity by having it tested by a 3rd party lab.

The current controversies on the subject make it difficult to evaluate the long term outlook for Kratom. Authorities are doing their best to improve the safe use of this substance. They are also making efforts to educate consumers on the effects of Kratom.

For the short and medium-term, we can expect to see it being legal in most states in the US. It might even be possible for some new states to legalize it in the coming years as several bills are pending.

The use of Kratom growing rapidly as consumers are keen to test its effects. This is why there is a need for increased public education on the subject of Kratom. People need to be aware of the advantage and disadvantages of taking this substance.

There is a great demand for medical studies on Kratom in order to make it’s exact effects clear once and for all. With the currently limited data, there are strong reasons to believe that this substance has some clinical benefits in pain management. Health care providers should be trained in the science of Kratom because further research is needed to prove these claims.

Dental Implant and Its Cost

Why Working from Home is the Perfect Time to Try CBD

5 of the Best Time Doctor Alternatives

Do you want to become a personal trainer? Keep this in mind