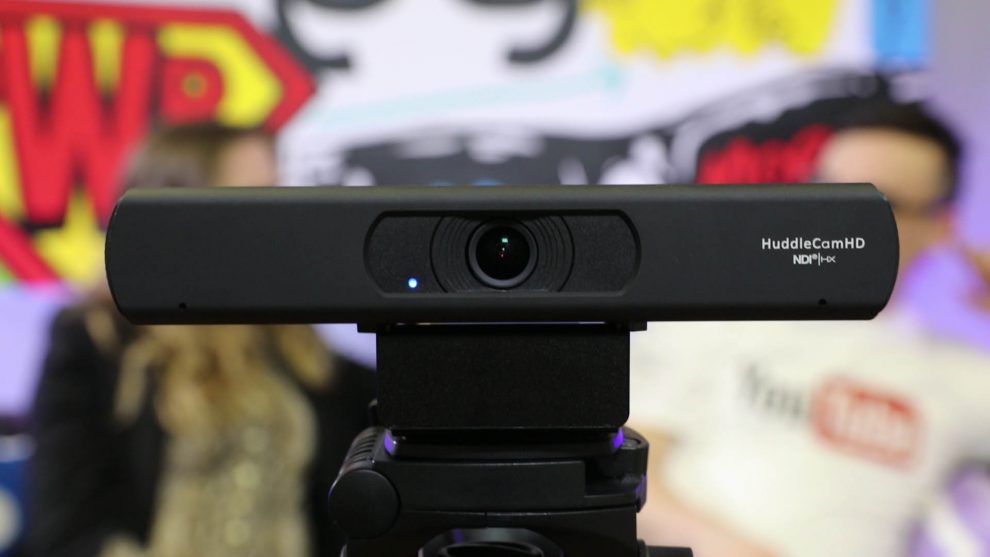 NDI is a big thing in the world of streaming and the EPTZ 4K NDI webcam from HuddleCamHD hopes to be one of the foundational devices in a streamer’s toolkit. NDI stands for “Network Device Interface” and since the IP video standard’s release it has been built into many live streaming applications including OBS, Wirecast, vMix, xSplit, Livestream Studio, TriCasters and MimoLive among others.

The HuddleCamHD NDI Webcam is tailored for NDI application compatibility, bringing all of the features you would expect in a 4K HD webcam to the world of IP-connected video.

In this article, we’ll go over the EPTZ 4K NDI webcam’s features and tell you about why we think that people who stream via NDI applications will really want to consider this camera when it comes time to buy a webcam for live stream and video production.

The webcam is compatible with Windows and Mac NDI applications and promises to provide users a new level of intuitive control and dynamic video capture. Like other products from HuddleCam HD, the EPTZ 4K NDI webcam comes with a remote control packed in which offers users a range of quick-access functions that mirror many of the basic functions found in software-based interfaces. The remote is useful but it doesn’t give you nearly the same type of flexibility as software integrated NDI applications many users are already familiar with.

That said, it does allow for preset settings and a range of modes that you can snap the webcam to at a moment’s notice. With the built-in 4K sensor the EPTZ technology allows users who are working 1080p or 720p the ability to use digital zoom without pixelation. Digital zoom was once frowned upon because of image distortion but with higher resolution sensors digital zoom is being rebranded as EPTZ. Electronic pan, tilt and zoom gives users full access to the 4K ultra-HD sensor even when the image is zoomed in (digitally cropped). In this way, users can set regions of interest that the camera can instantly recall inside of the large 4K image space giving users lossless 3X digital zoom for 720p projects.

One of the most advertised features of the EPTZ webcam line is the auto-framing feature. Auto-framing works by detecting the people in a room and framing the view to include everyone – automatically. It does this through AI learning and is able to distinguish between various objects in a room. 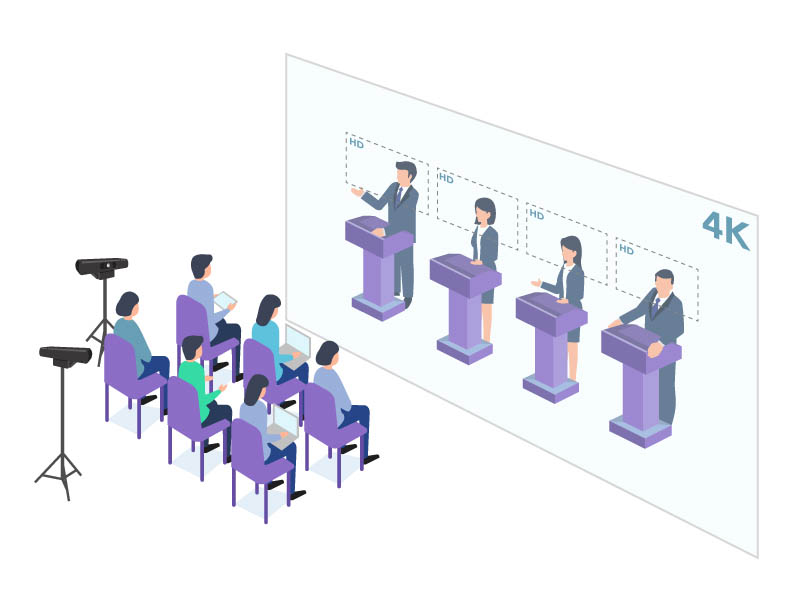 The process behind this is called “intelligent decision making” and utilizes the webcam’s 4K sensor to make sure that an optimal telecast is maintained throughout the stream. Offered as an easy way to track and manage dynamic meetings with a lot of different people and speakers during a streaming session, the EPTZ 4K NDI webcam is also well suited to smaller applications and one-on-one streaming for esports.

Like we said, controls are a breeze and you can use the included remote or any video production software that you prefer as long as it supports NDI. The PTZOptics camera control app recently announced that it would be fully compatible with the EPTZ 4K NDI webcam. For mounting, you can clip the webcam to a monitor, mount it to a tripod, attach it to the wall or table, or any myriad of possibilities.

It is very flexible and versatile in terms of placement and its small footprint means that it will not take up a lot of space wherever you decide to put it. The device is intended as a complete system.  That means that it has a microphone, ultra-HD lens, industry standard IP video, and portable mounting options. In a further extension of its versatility and dynamic capabilities, it can also use an ethernet connection which can be used to power the unit via PoE (Power over Ethernet).

The NDI Virtual Input software available from NewTek, allows you to choose from any NDI source located on your network and dynamically switch between them as needed via a single USB virtual driver on any Windows machine. As the EPTZ designates, this camera is fully compliant with the ideas behind electronic pan, tilt, and zoom devices which means ease of use and portability.

To sum up, you get 4K crystal clear video with easy setup and EPTZ to go between cameras as well as HDMI 2.0 and power over the Internet. It works with your favorite software, has a ton of useful presets, and possesses an optimal field of view.