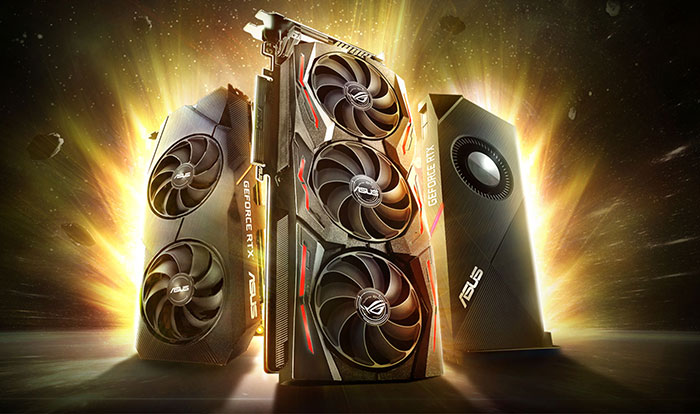 Nvidia’s pitching in a new series to their collection is something to drool over. The RTX series has insight into chaos in the worldwide market. It was apparent when most of the RTX cards were sold on their first-day release. The reason for this widespread is nothing, but RTX cards being competitive. Well, RTX has revolutionized the concept of providing real-time graphics, which channels 3D-models to absorb all yellow-light detailing particles; thus, projecting completely different visuals.

Because of the ‘Turing’ architecture in the RTX series, the cards have been performing three folds better than its predecessors. We are no way patronizing the GTX series. The series was top-tier for its time. But now things have moved on, and so should we. It’s surprising to note that regardless, RTX being a new technology, the prices haven’t increased a lot. The concept is easy to visualize when you know how marketing works. As soon as the new title to the series is released, the prices of the older titles decreases. Thus, it was the case with RTX 2070 Super, which is now available at such a subsidized cost.

Additionally, after experiencing paramount pressure from AMD (RX 5700 and RX 5700 XT), Nvidia had no choice but to resort to bringing their game up a notch. The results were tremendous. Nvidia dispatched their RTX 2070 SUPER model to many different companies. Now they are being sold under the banner of “Aftermarket card/Variant.”

Moreover, GeForce RTX 2070 super is working neck-to-neck with RTX 2080, and still charging you something around $500. The RTX 2070 card offers a boost clock of 1770 MHz (which differs from variant to variant), 8GB of GDDR6 memory, and 9.1 Teraflops of performance. The rated TDP for the card is 215W (subject to change for different variants) and a 14GBPS of memory bandwidth—no wonder why the card superseded most of the AMD top-tier GPUs. Even the benchmarks provided clean-slate performance without any known issues.

This comparison guide will you pitch in the reasoning for rooting for RTX 2070 Super card. In 2020, you can’t get hold of any better card than this. You can play games on ultra-settings, and render graphics at such a low time. The best selection of the variant is only possible if you are aware of the norms of how aftermarket cards of the same title work. If you are want to make gaming pc build under $1500, the RTX 2070 super is the best choice for you.

What are the promising features of Aftermarket cards/Variants?

What things to consider before buying any Variant of Nvidia GeForce RTX 2070 SUPER?

Most of the heat congestion is caused by GPUS, especially if they are from top-tier. It’s a known fact that elite GPUs perform more complex and mathematical calculations; hence, increasing the rate of dissipation. You need to ensure that whatever variant you choose should have an active cooling system to help in reducing soaring temperatures.

The card which uses the Liquid Cooling solution is one the best you can get hold of. You can overclock your card to its extreme ends without deflating its performance. Well, liquid cooling uses compressed nitrogen or helium to cool the chipset on the GPU. The liquid coolant, in turn, can reduce the soaring temperatures noticeably.

The open-air solution is put in to use by many RTX 2070 cards. The open-air method uses the airflow system generated through the stock fans. Most of the RTX cards come with two t three stock fans installed on the card. As long as the number of fans is increasing, the chances of heat dissipation increase too.

Blower solution might not be your shot, but it’s useful if you have a small case. The method uses an external fan system that purges out all the build-up heat inside the chipset, and discard it directly out of the case. The external fan system is lodged at the rear end of the system case and can cause loud noise levels.

Size of the card

It’s essential to select the right size card for your MOBO, especially when you are cherry-picking a variant. All of the variants of Nvidia RTX 2070 Super have different sizes from each other. The key factors are to find the right area (Length x width) and what slots does the card use.

Some of the cards are used longer PCB, whereas a few of them use shorter PCB. It’s also worth mentioning that if the card is shorted, then the heatsink will be small too; thus, leading to heating problems. Well, the Zotac Mini version of RTX 2070 is bulky and can use heating issues. Also, the card is too small, so if you have more massive PCIe slots, then you may need to re-evaluate your choice.

Not to mention you need to pay heed to the expansion slots, and the space between the rear bottom side of the card. What happens is that most of the card does not even fit properly because of lack of space. Keep doing your research, until you end up with the right card in your hands!

The overclocking process is complex and can bring temperature issues if exceeded the given memory boost. When selecting from the given variants you have to ensure that whatever card you choose, should have enough room for overclocking purposes; because RTX 2070 Super can go to extreme ends to provide you with boosted performance.

Statistically speaking, overclocking can give you around 15% more frames per second on high-end games. The concept is not intricate. When you overclock your GPU, the base memory band jumps to the highest possible value to provide you with efficient cross-core processing tasks.

In short, whatever variant of RTX 2070 you choose, ensure that you get the best overclocking features.

Most of the gamers fangirl over the looks of the GPU. The looks can vary from variant to variant. The basic idea behind choosing a card is to maintain the aesthetics of your gaming rig. For example, if you have all the RGB components installed in your system case, then it sorts of become a compulsion for you to buy an RGB-synched graphics card.

Well, Nvidia RTX 2070 Super comes with a panoply of RGB systems (different for each variant) which you can control through the motherboard or third-party software. You know what? OEM is the variant of RTX 2070 which is trying to implement the best aesthetic designs and layout into the card. If you are all into lightning and rainbows, then OEM RTX 2070 variant can make things easier for you.

Even some of the manufacturers go a notch further to twin the backplate with the RGB system. Things can go a bit haywire, but at the end of the day, you get something unparallel and out of this world.

Do keep in mind that you are buying an RTX series card. Aesthetics should be your ideal shot too. Go and flaunt about it already!

Above-mentioned key points are the paramount features that you should be looking inside an RTX 2070 Super card. You don’t have to compromise on any factor, just because you think it’s a bit expensive. If you are an RGB person, then the OEM variant might suit you the best. Otherwise, if you are looking forward to a versatile RTX card, then ASUS ROG Strix RTX 2070 Super might be your shot. The ultimate choice is yours.

You are also required to ensure that the card you choose should fit in your case, regardless of whatever aesthetics it comes with.

Hope this answers most of your pending questions about the best RTX 2070 graphics card!