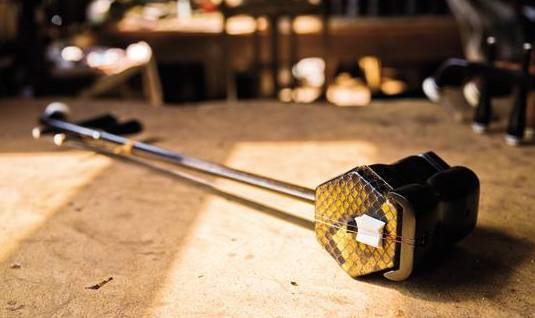 Erhu began in the Tang Dynasty and is called “Xiqin” and has a history of more than a thousand years. It is a traditional Chinese stringed instrument. Erhu, or Erxian Huqin, also known as “Nanhu”. Many people like erhu because of its beautiful timbre; some people like erhu because of its charm and the rich emotions expressed by erhu. Erhu art is to use technical means, according to the needs of the music, to add emotional expression, enter the realm of music, and make people feel the enjoyment of beauty with artistic connotation.If you want to listen to erhu music, you can search “erhu music” on youtube, and use youtube downloader or youtube to mp3 to download it. Now,let me talk about some misunderstandings in choosing Erhu.

(1) “The python skin of large scale flowers is better than that of small scale flowers” — this is one of the misunderstandings. From the perspective of acoustic principles, the standing waves formed on the skin of the scaly python contain richer low-frequency components. Therefore, generally speaking, the sound of the erhu of the scaly python is thicker, but the sensitivity is less, and the high position is relatively thin. , The volume is low. In terms of acoustics, the python skin of the small scale flower can accommodate more high-frequency components, so the sound is more transparent, more sensitive, and fuller in high position. Of course, the above problems are also related to the thickness of the python skin and the tightness of the skin. So it is not necessarily good for large scales.

(3) “The symmetrical pattern of python skin is better”-this is the third misunderstanding. This is an error that has no theoretical basis and no practical test. It can only be said that the symmetrical python skin looks better. As long as the size of the scales is basically uniform, it does not matter whether the pattern is symmetrical.

(4) “Red sandalwood is better than mahogany”-this is the fourth misunderstanding. In general, the red sandalwood erhu sounds more “rigid” and brighter, while the mahogany erhu sounds softer and more rounded. In fact, the key issue is the degree of drying of the wood. The oiliness and moisture in the fiber of the air-dried wood is exhausted, and the wood becomes “transparent”. The transmission impedance of sound waves in the wood is small, and the vibration is thorough, so the resonance is good, the sound is transparent, and the pronunciation is sensitive. In terms of material, red sandalwood is denser than mahogany, so it is harder to lose its oiliness. It takes hundreds of years to make the wood transparent in a natural air-dried environment. Because red sandalwood is rare, the real old red sandalwood may be nowhere to be found. Relatively speaking, there are many sources of old mahogany (such as Ming and Qing mahogany furniture). So looking for a good old redwood erhu is much more realistic. The new red sandalwood tone is unsatisfactory.

(5) “The more expensive the better”-this is myth five. When buying erhu, some Hu friends insisted on buying some red sandalwood, blindly comparing prices, insisting on old materials from Ming and Qing Dynasties, the price had to be 8,000 or even tens of thousands, in fact, the price of Huqin used by many professionals was only 3,000 to 4,000 yuan. The price of more than five thousand, in fact, there are merchants’ gimmicks. There is no need to buy this “high-end” one.

Erhu is for listening, not for watching. A good erhu is to “listen” well, not “look” well. Looking at the appearance of an erhu is only the first step in choosing an erhu. The key is to try and listen. “Listening” to the quality of an erhu, the difficulty is that the new erhu is not opened, the erhu has to be opened to reveal its true colors, and it takes experience to foresee the sound of a new erhu after it is opened. This is the difficulty.

Why Are We Kinder with Strangers Than with Our Loved Ones?

How to land the perfect LAX parking spot

How to Host a Tech-Free Family Game Night

The Evolution of The Ergonomic Office Chair

4 Incredible Reasons That Insist You To Become A Plumber