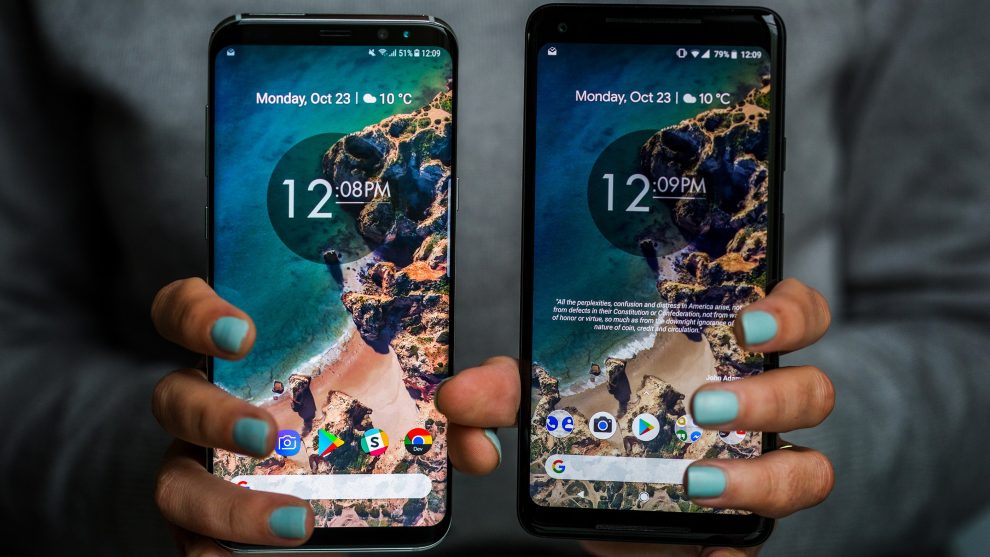 With high-end features like robust processors, evolved front and rear camera setups, as well as fast-charging and long-lasting batteries, new-age smartphones are slowly becoming a one-stop solution for many. Additionally, with the influx of multiple feature-rich phones like Vivo V17 Pro and Vivo Y17 at affordable prices, finding the best-suited device is no longer a tricky task as long as you start by evaluating your needs and the options available. When you’re upgrading to a new phone be sure to consider the display as well, as it is the primary interfacing medium of any smartphone. Also, do not miss checking various EMI offers while buying Mobile on EMI that you are going to purchase.

Currently, two of the most popular display technologies in mobile phones are Super AMOLED and Super LCD panels. For instance, Vivo V17 Pro has a Super AMOLED display, while HTC’s new flagship phone, HTC 10, has the 5th generation Super LCD screen. While both have their benefits, you may find yourself wondering, ‘What is the difference between them?’, or ‘Which one should you choose?’. To find answers to such questions and to pick one of the two, read on.

What is a Super AMOLED screen?

Super AMOLED is an enhanced version of AMOLED and stands for Super Active-Matrix Organic Light-Emitting Diode. This technology uses organic material to emit light for each pixel. Further, an AMOLED screen has an extra layer of semiconducting material behind the OLED panel, allowing it to activate each pixel quickly. It is also 1,000 times faster than LCD.

A Super AMOLED display has the touch interface embedded on to the screen directly, as opposed to the separate layer found on AMOLEDs. Therefore, this is one of the best choices for a more responsive, natural-feeling large display. Moreover, since there is no backlight and each pixel emits light to brighten the screen, a Super AMOLED display has a higher contrast. Additionally, it has a larger colour palette and can display a greater number of vibrant colours than an LCD screen.

What is a Super LCD screen?

Similar to Super AMOLED, Super LCD is an enhanced iteration of a normal LCD screen. However, unlike an AMOLED display, an LCD has a backlight that brightens the entire screen. Electric charges can manipulate liquid crystals to shutter on and off to control the brightness of the screen. However, in a Super LCD, unlike the standard LCD, the air gap between the glass and the backlight is removed. This allows for thinner, sleeker panels.

What is the difference between Super AMOLED and Super LCD screen?

There is no glaring difference between a Super AMOLED and Super LCD screen. So, the best choice for you depends on your usage and expectations. For example, if you like darker, contrasting images, opt for a Super AMOLED display as it can completely shut off each pixel to give true blacks. However, with a Super LCD display, you enjoy the illusion of pixels being closer, which in turn gives you sharper, more life-like output.

If you prefer a budget friendly phone under 10000 which is smaller and lighter, then choose a Super AMOLED display phone as it does not have a backlight component, and a single screen carries both display and touch components, making it lighter than Super LCD screen. Also note that a Super LCD screen will consume more power than a Super AMOLED screen as it has an additional backlight component. However, because every pixel of a Super AMOLED can be individually manipulated for a particular effect, in some cases, it may result in higher consumption.

Now that you know how the two display technologies differ from each other, purchase your new-age smartphone affordably by opting for easy EMIs at the Bajaj Finserv EMI Network. Use the Bajaj Finserv EMI Network Card to get your hands on feature-filled devices like the Vivo V17PRO, and if you do not have the EMI Network Card, you can get in-store financing at any of the partner retailers spread across 1,900 cities across India. For an instant EMI plan on customised terms, be sure to check your pre-approved offer first.