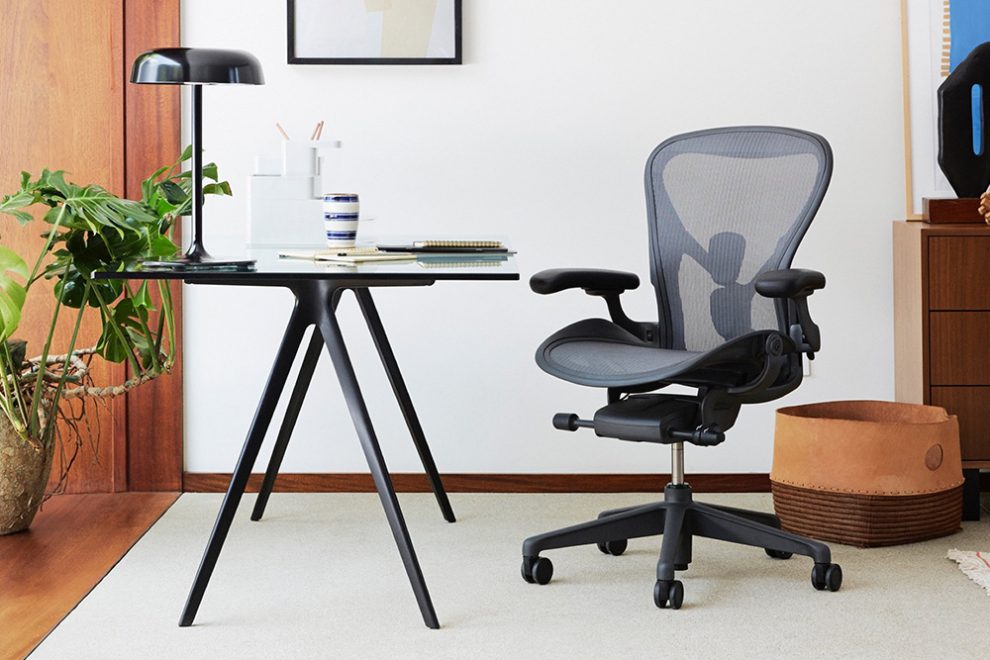 While the first recorded use of chairs can be traced all the way back to the ancient Egyptians thousands of years ago, the idea of creating an ergonomic chair did not arise until much later during the mid-twentieth century. Derived from the Greek words ergon (work) and nomoi (laws), the term ergonomics describes the relationship between human efficiency and the things with which they interact in their working environments. Following the historical development and technological innovations in the design of the office chair reveals the recent shift toward constructing safer, more comfortable, and more productive workspaces.

Though chairs had been used by the elite and wealthy for centuries before, it was the Industrial Revolution that spurred on the need for the mass production of chairs for the workplace. The incredible and sudden emphasis on manufacturing and indoor productivity meant that workers now required chairs to sit on throughout the day.

However, at this point in history, ergonomics was of no concern to those designing these chairs. In fact, the general consensus at the time was that comfortable chairs encouraged laziness and as a result, many workers were forced to sit for hours at a time on benches with no backrests, eventually resulting in injury and complaints about the poor working conditions.

By World War II, the U.S. government became more concerned with this concept of ergonomics as it related to the innovation of war machinery. However, it was not until the 1970s that ergonomics became a more mainstream concept and made its way into the office space. Carpal Tunnel Syndrome—a relatively newly discovered condition at the time—was plaguing thousands of workers each year and scientists were beginning to make the connections between the health issues and workplace environments.

Alongside the passage of OSHA by President Nixon and new technological advancements due to the U.S.’s involvement in the Cold War, the 1970s marked an era where ergonomics became central to the design of the office chair. In 1976, Bill Stumpf, a designer for Herman Miller, created the revolutionary Ergon chair: an ergonomic office chair designed to provide spinal support and increase blood flow in the legs of the user. Stumpf had spent time studying orthopedics and had begun to recognize how the traditional office chair—focused then solely on design and convenience—was harmful to the safety and health of those who sat in it for long periods of time.

Before designing the Ergon chair, Stumpf used time-lapse photography to analyze how office workers moved throughout their workdays. Through his research Stumpf concluded that office chairs needed to be adjustable in order to support all body types and prevent stress injuries. When finally released, the Ergon chair featured the most advanced ergonomic technology of its time, including a seat cushion made from revolutionary polyurethane molded foam that conformed to the sitter’s body, levers that adjusted the seat height, and gliding castors that allowed the chair to swivel easily. Following this new interest in ergonomics in the 70s, designers began to incorporate science and technology into the production of office chairs even more, attempting to prioritize the comfort and safety of the users.

By the 1980s, researchers were beginning to better understand the strain that poorly designed office chairs could put on the muscles of one’s back and legs. In order to try to alleviate these problems, multiple new ergonomic chairs were brought to market each featuring new and unique technology. One of the most prominent of these was the Zero Gravity chair. This Zero Gravity chair was designed to force the user’s body into a reclined position, thereby distributing their body weight evenly across the chair, increasing circulation and reducing swelling in the legs.

Originating from Scandinavia, kneeling office chairs also gained popularity during the 1980s for their ergonomic innovation. Designed for the user to exert more pressure on their shins and knees as opposed to their lower back and thighs, kneeling office chairs provided back support and helped correct the sitter’s posture while in use. Kneeling chairs also worked to open up the sitter’s pelvis to encourage proper spine alignment and the engagement of their core. During this same time period, the ergonomic Capisco chair was also released which featured a saddle-sitting seat that provided the user with more freedom to choose how to sit most comfortably. Technologists designed the Capisco to partially mirror the shape saddle in order to increase mobility and force the sitter’s back to remain in lordosis–the anatomically correct position to be in while seated.

During the 1990s, technologists focused on developing office chairs that were still ergonomic, but practical as well. In 1994 Herman Miller released the Aeron chair which was designed in part as a response to the rise of the internet and the subsequent increase in workers sitting at desks behind computer monitors for long hours at a time. The Aeron featured a unique Pellicle mesh around the back of the chair that allowed air to circulate and kept the sitter cool. Like some of its predecessors, the Aeron could be adjusted in multiple ways to best fit the comfort and needs of the user.

While the Aeron chair remains popular still to this day, the 21st century has also brought with it new innovations in ergonomic design. More research continues to reveal the health dangers associated with sitting for too long periods of time. In response to these concerns, technologists have developed new approaches to the office chair that in some instances eliminate the chair altogether. Sit-to-stand desks have recently grown in popularity and allow the user to raise their desk to standing position throughout their day. However, designers have far from abandoned their pursuit in perfecting an ergonomic chair, with some companies working to produce chairs that conform to the user’s bodies automatically without any levers or knobs. It is certain that as technology continues to improve, so will the design of ergonomic office chairs, and with it the health and safety of thousands of workers.

How to refinish the hardwood floor

Why Are We Kinder with Strangers Than with Our Loved Ones?

How to land the perfect LAX parking spot

How to Host a Tech-Free Family Game Night