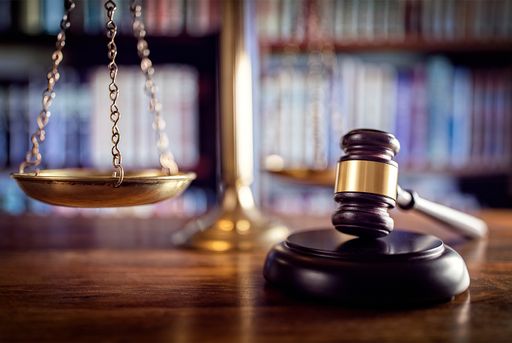 In the United States, false imprisonment is listed under the tort laws and is sub-listed as an intentional tort. An intentional tort is said to have happened when a person is wrongfully restrained in any space by another person. Such a person can claim damages under criminal law too. Over the years, law firms such as Florin Roebig have been helping the victims and the wrongfully accused defendant gain the rightful damages.

WHAT IS FALSE IMPRISONMENT?

The act of confining someone by coercion, force, or threat is known as false imprisonment.

False imprisonment arises with police detention when the person’s arrest happens by abusing their enforced authority. When someone is being falsely imprisoned via abuse of power or through private acts, there is no hardened rule that physical restraint must be involved. Thus, false imprisonment has certain limits to the claim.

The plaintiff should be aware that the restraint is happening. However, the courts continue to have cases that have judgments stating otherwise. There are two possibilities for such cases.

Type 1: Several recent cases involving child restraint are expressed chiefly as non-restraint since the child will be unaware of being confined by the teacher. If a mother has come forward with a claim for such a case, a mother cannot make a claim.

Type 2: However, it is a different story in other cases involving police restraint. Though the claimant was unaware of the restraint, he was awarded the damages.

It constitutes wrongful restraint when a person is locked with willfulness/ intention. However, the restraint must happen wilfully; this is exclusive of instances such as merely being locked in a place. For example, the wrongful restraint claim will be invalid if someone accidentally locks another person (e.g., locking of room door).

Usually, the ground for punishment for any wrongdoing is malicious intention; however, this tort act relies on the interpretation of wrongful restraint based on the evidence.

Thus, the victim can confidently claim damages against wrongful restraint when such an act has resulted in the infringement of the person’s liberty, suffers mental trauma/ injury from the restraint, and the person’s reputation has taken a toll following the incident.

The cause is the reason why the imprisonment happened. When the cause is justified, the false imprisonment claim will be invalid. Relevant evidence is evaluated for this defence to reach the final decision. Thus, the act of restraint and the cause will be evaluated separately. This defense argument is commonly used in cases where the restraining was performed as a part of a legal requirement. Following the causation argument, the defendant has the liability to prove such legal requirements to the court.

A person can be arrested if the law enforcement authority has reasons to believe that they have committed any crime. In cases of valid arrest, the petitioner would try to seek damages by stating that the arrest was unlawful. The defendant will be freed from such charges upon providing the relevant evidence of valid arrest.

Often, the defenses have the higher liability and responsibility to prove that the claims are wrong. Enabling the services of law firms will have positive effects on the end goal of establishing the defendant was within the rights to arrest the plaintiff. The law firm representing the defendant will convince the court of the innocence and the rights of the defendant via the interpretation of the legal texts.

If a person volunteers to be locked in a place or restrained in any place, then it constitutes valid consent to be restrained. Thus the person cannot claim the restraint as wrongful.

Statistically, false imprisonments occur very frequently. On average, over 10,000 innocent people face unlawful imprisonment per annum. False imprisonment happens under significant charges such as arson and robbery. In brief, the proven charges lead to a conviction.

Prevention of such false imprisonments is vital to ensure that justice prevails. Various law firms such as Florin Roebig work towards such goals to help the falsely imprisoned.

In the case of false arrests, the limitation period varies from one state to another.

Wrongful confinement is an intentional tort that impacts thousands of people in the United States every year. Unlawful imprisonment is often utilized by those with power in the law enforcement departments. Choosing an expert tort law firm can help claim the rightful damages successfully.