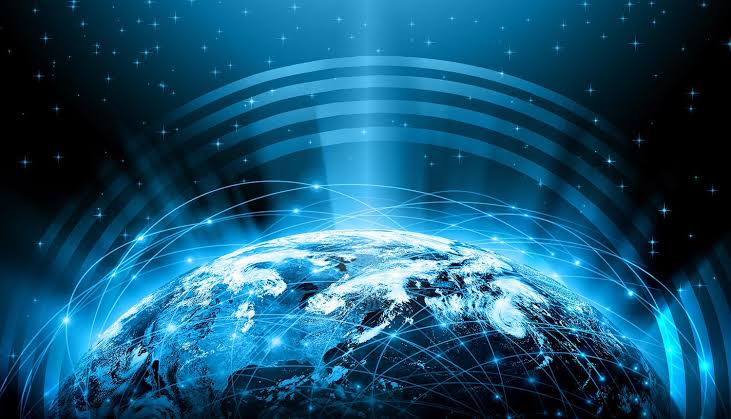 They weren’t entirely wrong. The Internet has been one of the greatest inventions of the last five decades. And sure enough, many people who died before 1969 probably never imagined something as strange as the Internet.

It has been used to make people laugh. Governments have shut it down to censor their citizens, and millions of people have made careers out of it. Looking into the next ten years, here are some of the trends most likely to shake up the Internet.

Internet devices have been evolving for the better part of the last two decades. Mobile devices became smaller and smarter. TVs became bigger and immersive while searching the Internet moved beyond the keyboard.

With the help of Apple’s Siri and Amazon’s Alexa, you can get rid of your keyboard and still get things done. If you want your iPhone to play music, all you need is to initiate a voice command. So, you want to order supplies on Amazon? Ask Alexa to place an order.

By 2030, searching on browsers will pretty much be a thing of the past. To ensure all Internet users enjoy, developers will create tools to adapt to futuristic communications. Judith Donath of Harvard University points toward ear implants that could shut out all surrounding sounds for better concentration to the virtual world.

When we travel the world, there will be little need to learn new languages. Instead, we’ll carry advanced apps that translate any voice messages to what we can understand in real-time. Of course, the Internet is full of translation apps. But most of them are regrettably limited in what they can translate.

As technology advances, the lines between the real and the gaming world will be indistinguishable. Augmented reality-driven games will mean that you could project your device on anything to create an immersive experience.

What’s more, gaming characters, graphics, and landscapes will float in the air. It’s already happening as it’s the case with Pokémon GO. But unlike the mobile game, transparent video games won’t be restricted to a few geographical regions.

Online casinos will also be impacted by the multiple changes projected to happen soon. For starters, they will be more immersive. VR will have become affordable, meaning you’ll just have to mount them and experience games as if in a land-based casino.

Live games, on the other end, will be a lot more social. In addition to viewing the faces of your opponents, you’ll be able to shake their hands and address them as if you sat next to each other. With the help of voice command devices, searching for online casinos will be much easier than it is.

Let’s say you want to find a good online casino on Zamsino.com. You could inform your voice assistant device of all the features you want. The device will, in turn, compare multiple websites and suggest the best one among the listed casinos.

If you want Wellington casinos, a quick voice command will be all you need. Presently, you must enter multiple keywords on Google to find New Zealand casinos. You can simplify your work by checking Kiwislots’ best online casinos for 2020. But we’ll have to wait a few more years before it becomes possible to research multiple gambling platforms through voice command.

Every time you order baby clothes on through Alexa, you are informing Amazon you have a baby you care about. When you reveal your address, banking information, and Facebook name, you help the giant retailer learn more about you.

Of course, Amazon isn’t the only Internet Company that asks people’s information. Most online businesses collect your data one way or the other, and they use it for all sorts of ways. The most forward-thinking companies use data to personalize their services.

A retailer that knows you buy pet food regularly will also want you to purchase dog toys. Advertising companies will continue to show you Facebook ads of things you may have searched on Google, and so on.

In other words, businesses will continue to come after your data. Some companies may ask for your permission or even pay you to collect your data. But one way or the other, billion-dollar industries will continue making money by using people’s data to personalize products for them.

A Reflection of the World

Back in the 90s, people had immense optimism about the Internet. They described it as a platform through which they can share helpful information. People believed the Internet could help solve health issues, create world peace, and increase people’s happiness.

To some extent, the Internet changed people’s lives positively. At the same time, it has also ruined thousands of lives. It enabled criminals to sell drugs, hire assassins and kidnap children. Authorities regularly apprehend some of the Internet’s most notorious people. But all signs show the Internet will continue to possess the ability to do good and harm.

Talks of machines replacing human labor have been dominating the world for a while. On the Internet, virtually every business will depend on bots to complete specific tasks. Customer support staff could be replaced entirely by chatbots that support both voice and text commands.

The work of digital marketers will be reduced to making sense of what programs do. To put some context, AI marketing tools collect data, analyze trends, and automate advertising—jobs once carried out by humans. By 2030, most social media and blog posts will also be created by programmed tools.

And that’s only on jobs linked to the Internet directly. With the growth of the Internet of Things, there are many more industries automation will disrupt for the betterment of humanity.

Top Notch Solutions To Get Rid of SKSE64 Not Working Issue