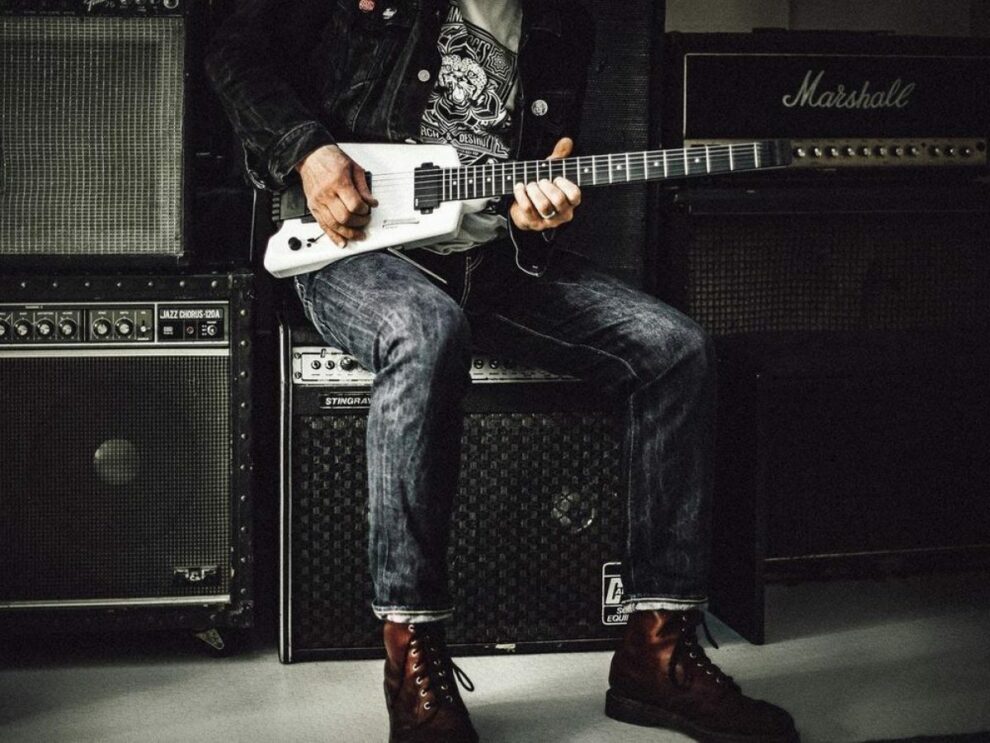 The expression of emotions is music, whereas guitar is the best form of self-explanation. The guitar is known to be the world’s most-played instrument that is played by emotions. It can win millions of hearts with the perfect harmony it makes. It creates its spell by translating feelings into music.  Where words can’t clarify, that’s where music does its magic. The guitar creates a tone that is perfectly synchronized with the heartbeat of the one who makes it that touches the soul of every person who listens to it.

A guitarist went through several jamming sessions to create a perfect melody that impacts the heart. He needs the perfect instruments that go with his hard work and skills to compliment his mesmerizing soulful playing.

If one wants to be a guitarist, to give his emotion the color of music, finds himself the perfect guitar that suits him well but a guitarist may require something else other than the guitar itself, the guitar amplifier.

Here are mentioned some uses of the guitar amplifier:

The guitar amplifier reinforces the weaker electrical impulses from the guitar with the purpose that it can produce a sound loud enough to be heard by the performers and the audience. It is connected to a loudspeaker and sometimes the speaker is within it so it can be heard. For the music to touch the soul and soothes the ear first it must reach to it so that it can have its magical effect.

Guitar amplifiers may also adjust the tone of the guitar by stressing or minimizing some frequencies, using analog switches that act in the same manner as bass and treble sliders on the personal stereo system. Tonal control is very important as it has a great impact on the sound. Tone controls are crucial as it decides the fate of the sound to be crunchier and harder or less aggressive and smooth.

This feature of guitar amplifiers enables the addition of distortion texture to the sound that can contribute to the particular sound produced by the guitar. Distortion is also known as overdrive that is used to change the electrical impulses of the guitar thus changing the sound to more fuzzy or gritty. This sound is created intentionally as a special sound effect with vocals.

What is the point of the music if it is not loud enough to create an aura around its listener? The guitar amplifier enhances the electrical signal, to increase its volume. But who wants their unprepared, full of flaws music to be heard? Every guitarist wants a private practice session before he could create that righteous tone.

The amplifier function is to strengthen the weaker impulses and give them significantly larger sound power. In most cases, amplifiers can be replaced with headphones. Some of the best headphones for guitar amps provide the advantage to practice in quieter and contained environments, yet maintain a great tone. When you want to hear your music with full volume and on repeat to spot the mistakes and especially to have your private sessions the headphones for guitar amplifiers come to the rescue.

Another benefit one could get is except for the low volume practice is the more clarity of the sound, the distortion, the delays, and the cancellation of background noises all of this could be provided with the best headphones for guitar amplifiers.

To conclude, guitar amplifiers are considered to be a piece of essential equipment for the guitarist. There are many types of guitar amplifiers each with its specification according to its compatibility with different types of guitar such as acoustic or electric guitar, etc. But with the passing time and development in technology, there are headphones for these amplifiers that allow you to practice late at night without disturbing anyone and with all the quality of the wooden or metal guitar amplifiers. So to consider the best headphones for guitar amplifiers is something you need to improve your playing and might turn out to be the best investment for you so that you can enjoy your jamming session without disturbing anyone and noticing the precise modulation your playing.