The Oxford-Cambridge rivalry began much earlier than some countries had their first universities. Those lucky enough to call one of these two universities their alma mater learn surprising secrets, some of which, however, are also known to those who are far from the English educational system.

When and How England’s Oldest Universities Came into Being

The exact date of the founding of Oxford University is unknown, but in 1096, according to historical documents, teaching was already taking place there. There was no fashion for education then, few students learned the basics of theology and prepared to become priests, of course, it was only men – until the twenties of last century women were not admitted to Oxford University.

With the development of cities, crafts, and commerce, the role played by this school in the life of the country grew. The popularity of Oxford grew after the decision of King Henry II Plantagenet, who forbade English students to study at the French Sorbonne. There were more students and teachers in the town on the banks of the Thames.

In the early thirteenth century, Cambridge University was founded. It is considered that the initiators of this educational institution were Oxford scholars, who left their former place as a result of unrest: several students were convicted for the murder of a resident of the city, and the situation there was turbulent. The new university is located in an old town on the River Cam, about the same distance from London as Oxford.

Like Oxford, Cambridge was essentially a religious school, as it was to remain for most of its history. Students also acquired knowledge in various fields of scientific knowledge – mathematics, philosophy, and logic.

For a long time, these two English universities maintained a monopoly on educational activity in England. As far back as the Middle Ages it was forbidden by royal decree to establish any other universities on English soil. Therefore, the seven “ancient” universities of Great Britain and Ireland – those that emerged no later than the end of the Renaissance and still exist today – include as many as four Scottish institutions and only two English ones.

Two universities gained strength and maintained their privileged status until the twenties of the nineteenth century. Of course, as in the case of modern universities, the goal of education is the successful employment of a specialist. It is good that in today’s society there is a resume writer for this. The current leadership of Oxford and Cambridge in education cannot, of course, be explained by an order from above. Despite the emergence of a huge number of institutions of higher education in the world, including England, the two oldest British universities continue to maintain their position as the best in the world, making it into the top ten in every ranking.

Candidates should choose either Oxford or Cambridge when applying – it is not possible to apply to two universities at the same time. You will also have to decide on the college, each has its own history, its own campus and its own teaching methodology. The oldest college of Oxford is called University College, it was founded in the middle of XIII century and up to XVI century taught only theology.

Candidates are interviewed – but not to assess knowledge and intelligence, this is revealed in examinations. What matters most to the interviewers is the prospective student’s way of thinking, and his ability to meet the high standards of the institution. The education that is given at Oxford and Cambridge is valued so highly for a reason – there is hard work behind it, which not everyone can do. 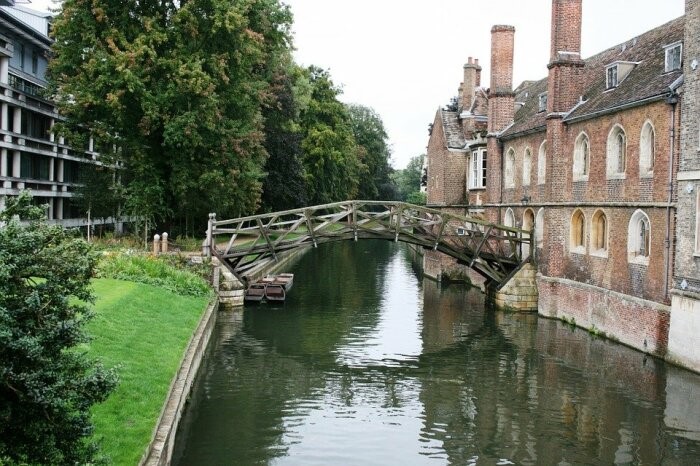 No wonder there are so many distinguished names among the graduates of the two oldest English universities. Suffice it to mention that among those who have studied or taught at Cambridge there are eighty-eight Nobel laureates, making the university the number one in the world.

The period of study will not be boring for sure, it is not difficult to find something interesting, legendary or mythical in Oxford or Cambridge. Of the easiest entertainment available to visitors of Oxford buildings is trying to find the interiors that appear in the Harry Potter saga screenings. An impressive number of scenes from those films were filmed in the Christ Church College building.

In Oxford’s Clarendon Laboratory, an electric bell has been ringing continuously since 1840. It is a soft sound – as the device itself is hidden behind double glass. The bell is powered by a chemical current source, which has been sealed with sulfur for hermeticity. For this reason, it is not possible to ascertain the circuitry of the structure of this device. The bell keeps ringing – and will do so until the current is no longer generated or until the parts of the device are worn out. It’s not a perpetual motion machine – but a unique exhibit nonetheless.

On the Cambridge campus you can find the Mathematical Bridge, built, according to legend, by Isaac Newton without a single nail or other fastener. At one time students dismantled the bridge in search of the secret of its construction, but could not reassemble it in its original form and used the usual means of connecting the fragments of the bridge with each other. In any case, the suggestion of Newton’s role in the construction of this structure is only a legend, if only because it – this structure – appeared twenty-two years after the death of the famous Cambridge graduate.

In 1849, thanks to William Thackeray’s novel Pendennis, the word “Oxbridge” entered British usage and is still successfully used today, even used in official documents. The two universities have too much in common and similarities in history, basic values, and fame. One of the symbols of this relationship was the famous Oxford-Cambridge Regatta.

It is the oldest and most prestigious competition in rowing. The prize was first played between two teams on June 10, 1829, and since 1856 the competition has been held every year, the only exceptions being war periods and the year 2020 with its pandemic. Because of the pandemic, many familiar things have become unusual. Many people lost their jobs. If you are also affected, don’t be afraid to move forward. Writing a resume first and state your benefits. An employer will definitely be interested in you.

University teams row the 4-mile, 374-yard (6,779-meter) distance across the water, against the current. The Cambridge rowers wear blue uniforms; the Oxford athletes wear dark blue. They start near Putney Bridge and finish at Chiswick Bridge. The entire race takes about a third of an hour. The event, made famous also in literary works – including the books of P. G. Woodhouse, attracts attention all over the UK. On the banks of the Thames tens of thousands of spectators gather, millions watch the competition on television. The competition keeps its own statistics. In the history of the competition Cambridge has won 84 times, and Oxford 80 times. Once – in 1877 – there was a draw.

Of course, the British Royal Family also studied at one of these two universities, and Prince Charles of Wales, one of the 10 most likely candidates to the English throne, studied at Trinity College in Cambridge, was no exception.

5 Lifestyle Choices That a College Student Should Adopt in 2021

Top useful hobbies to pump your brain before exams