Do you know that the global eCommerce market size is valued at USD 9.09 trillion in 2019? Well, the numbers aren’t supposed to be slowing down anytime soon. With the increasing penetration of the internet and smartphone using population across the world, eCommerce is no longer a buzzing term. Moreover, it has become the way we survive in the digitalglobe.

Getting Acquainted with the eCommerce Industry!

Right from browsing for meaningful digital content to booking travel tickets, leisure, financial services, e-tailing services, the eCommerce industry has become a global marketplace. In fact, several brick-and-mortar locations are now seen striving for websites as well as end up selling products that were unthinkable prior to the internet and the boom in related technology. 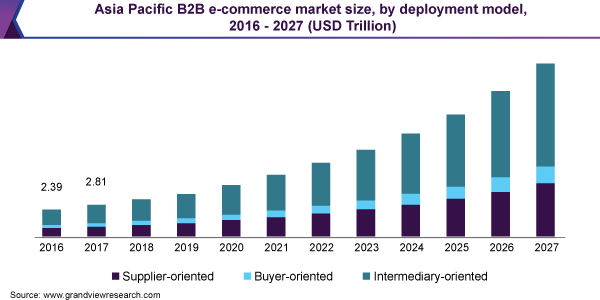 According to the above image, technology is expected to have a positive impact on market growth. And why not, since it has the potential to provide an uninterrupted, seamless experience to its end users. The increasing number of small and medium enterprises is also projected to escalate the demand over the forecast period. Small and medium businesses are growing at a significant rate, especially in India, South Africa, and Russia.

And not just small businesses but also large organizations and enterprises are found leaning towards online business due to lesser expenditure in regards to communication and infrastructure. Also, one shouldn’t forget due to the ongoing COVID-19 Pandemic, more and more customers are found inclining towards online shopping since all the brick-and-mortar stores have been closed. The spread of the coronavirus disease (COVID-19) has provided a further push to e-commerce activities as customers shift toward online platforms for ordering essential items amid lockdown and social distancing measures. Check this out! 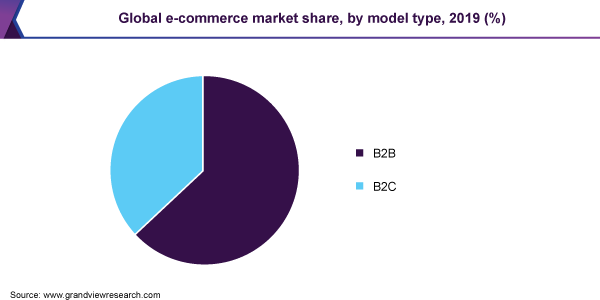 Some of the prominent players in the global eCommerce market include:

Do you wish to join them? Anyone would love to, right! I mean who doesn’t like to make hay while the sun shines. But conducting an eCommerce development project is not as straightforward as it seems. In fact, it is as tricky and as important a decision to make. To help you decide on which platform to choose, read away the post!

Whenever you choose an eCommerce platform, businesses often choose based on its popularity. However, it’s not the best way to consider. To be honest, an eCommerce platform is said to be successful only when it is able to deliver the outcomes and objective that you have set in prior. Now, what goals you may ask? Quite simple ones, actually! Like, increase in revenue, improving customer engagement, creating a new market niche.

While choosing an eCommerce platform, just make sure it is:

Keeping all the aforementioned factors in mind, I strongly feel that Java web development acts as an optimum choice for the eCommerce industry.

Speaking about the technology itself, Java is a robust, independent and secure programming language enabling businesses to develop excellent eCommerce applications. Being platform-independent, object-oriented, multi-threaded are some of the core reasons that makes Java the ultimate choice for your eCommerce venture.

Where is Java used? Well, today every enterprise uses Java in one way or the other. In fact, several studies reveal that more than 3 billion devices run applications designed on the development platform. Most of the apps developed using Java include:

Further below I would like to mention a few advantages of using Java over other programming languages.

Let us dive in deep!

Why Java Web Application Development is best for your eCommerce Project?

Till now I was just saying that the Java web app is the best weapon in your eCommerce arsenal. With online shopping becoming the latest fad, more and more people are found relying on the new eCommerce platforms especially the ones which can offer easy and hassle-free services.

Even being one of the most recent technologies to enter the web world, Java leaves no stone unturned when it comes to delivering unmatched results. Also, tech has influenced the World Wide Web in numerous ways. Today, numerous transactions are taking place over the internet, so all you require to have is a strong, efficient and competitive platform by your side. Because if anyhow users fail to make payment for the purchased item, it will be pretty shameful.

On that note, java developers across the globe can vouch for its strong security owing to its interpreter and compiler, these applications play a major influence on merchants and shopping cart systems, which lay much emphasis on the security of payments and transactions.

Many developers or Java bashers seem to have claimed that Java is not a pure object-oriented language but that’s just not true. Now before we to any conclusion let us understand what object-oriented programming is. It generally refers to a type of programming in which programmers tend to define the data type of a data structure and the type of operations that can be applied to the data structure.

And Java being an object-oriented programming language offers endless benefits such as:

So I would say that Java successfully uses an object-oriented paradigm, which makes it more practical. Everything in Java is an object which takes care of both data and behaviour. Java uses object-oriented concepts like object, class, inheritance, encapsulation, polymorphism, and abstraction.

I wouldn’t deny saying that Java has fewer identified vulnerabilities than other commonly used programming languages. This is an unfair advantage. There are some more technical features elaborated below!

So I hope now you realize that why Java web app development is the best choice for the eCommerce Industry. In case, if you still have any query feel free to mention them in the comment section below.

What happens when you file for bankruptcy?

The ways sales operations use automation to meet sales KPI

What are the benefits of web application development?