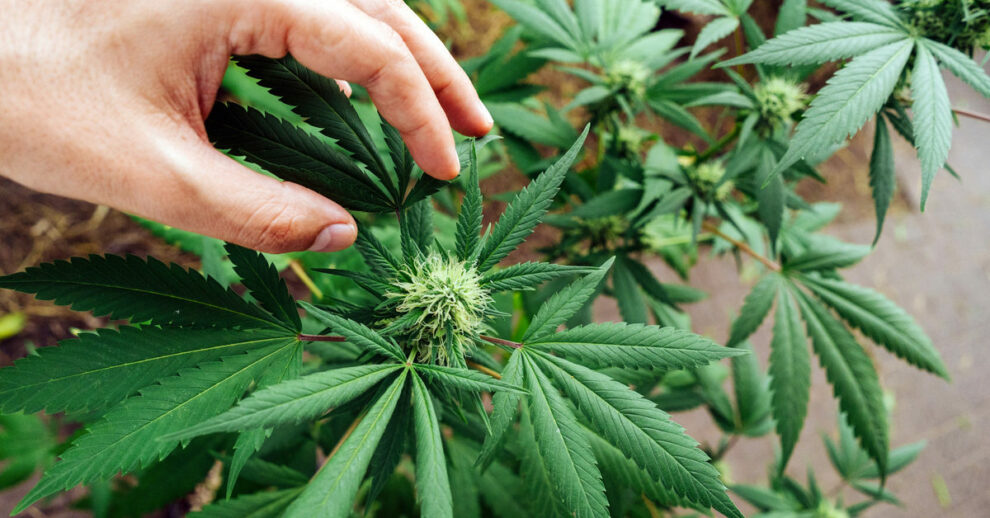 CBD: the “light cannabis”, would have relaxing, euphoric and even anxiolytic virtues. The market is promising, the sellers are flourishing, should we rush into these shops?

While the debate on the legalization of cannabis agitates part of the public space in France, Swiss law has since 2011 allowed the sale of cannabis containing less than 1% THC, the substance responsible for the pharmacological effects of cannabis in humans.

Thanks to this law, you can now choose the best CBD flowers online, for express delivery and high-quality CBD products in Switzerland!

CBD: what are we talking about?

“CBD cannabis” is not subject to the Narcotics Act, which prohibits the cultivation, consumption and sale of cannabis, as long as its THC content is greater than 1%.

Beyond this limit, hemp is considered a narcotic. Switzerland is an exception since most European countries prohibit the cultivation of plants containing 0.2% THC levels. Therefore, it is a producers’ paradise, even if, to date, only a handful of producers and sellers are registered with the authorities.

The product is sold in various forms. It can be tablets, liquid for electronic cigarettes, but it is also found in some cosmetics.

If the market seems promising, one can wonder if the craze is temporary or lasting. Price could play a deciding factor. It varies according to the brand and the type of herb, but it is generally around 10 francs per gram.

The authorities also wish to regulate these products’ sale by dispelling the legal vagueness after a period of poorly controlled expansion.

CBD: for which clientele?

Far from the caricature of the stoner, we observe a varied clientele.

What appeals to some buyers is that if the product tastes and smells like marijuana, it does not get “high”. The dominant substance in this type of hemp, which is cannabidiol / CBD, which, unlike conventional cannabis, has no psychoactive effect. In other words, it does not cloud the mind, which allows customers to go to work or more generally to assume their responsibilities while having full possession of their means.

CBD: what about the marketing rules?

The Federal Office of Public Health (OFSP) and the Swiss Institute for Therapeutic Products, Swissmedic, published a leaflet at the end of February to clarify the status of cannabis containing less than 1% THC.

Whatever its form – cosmetic, dried flower or food – must now be declared before being marketed. Considered in the eyes of the law as “tobacco substitutes”, these products carry the same warning as that appearing on a packet of cigarettes and are therefore subject to the same tax as tobacco products which represents 25% of the price of sale.

Some try to avoid it by marketing the substance as “raw material”, but this is prohibited. In this regard, the Federal Customs Administration recalled that all cannabis products that can be smoked or vaporized are taxable, regardless of their form or presentation.

CBD: what are the health effects?

The substance has had some success thanks to its high concentration of cannabidiol, or CBD. This molecule, which now gives the product its nickname, would have a relaxing effect. According to some consumers, it would relieve migraines or help fight insomnia.

However, vendors of these structures are prohibited from giving medical advice. The OSP has also recalled that any mention suggesting any therapeutic effect, such as a calming or soothing effect was forbidden.

It should also be remembered that consumption by combustion, whatever the substance smoked, presents health risks.

CBD: watch out for police checks!

It is impossible to tell the naked eye between legal and illegal cannabis having the same smell and taste. In the event of a police check, the consumer is offered two possibilities.

He either pays a fine of around 100 francs, sanction provided, in the event of possession of a quantity of grass less than ten grams or accepts that the product is confiscated and subjected to an analysis to know whether or not it is an illicit substance.

But what about cannabis in Switzerland in general? And what is the Federal law on drugs says? Cannabis use is not allowed in Switzerland!

Definition of a narcotic

The products made from cannabis are considered drugs under the Federal Act of 1951 on Narcotic Drugs and Psychotropic Substances (Narcotics Act, SR 812,121), regulating the manufacture, distribution, acquisition and use of narcotics and psychotropic substances.

For this law, the following definitions apply:

“The cultivation, trade and distribution, as well as the prescription of cannabis, is exceptionally possible in motivated cases, particularly when it comes to severe illnesses.

Doctors and veterinarians will be required to notify the so-called “off-label” use. In other words, when they prescribe drugs authorized as medicinal products for an indication other than that which is accepted, they must inform the competent cantonal authorities within 30 days. ”

This law is applicable if the law on therapeutic products does not provide regulation or if its regulation is less extensive. But cannabis products with a THC content of less than 1% are not subject to the narcotics law!

The suggestion is always to pay attention to the quality of the product that you want to buy, there are several shops online,if you look for an e-commerce like Justbob you will find certified and top quality cbd products.

How Technology Benefits the Healthcare Sector?

How CBD Combined with Medical Mushrooms Can Boost Your Immune System

How to Ensure Your Texts and Emails Don’t Violate HIPAA?