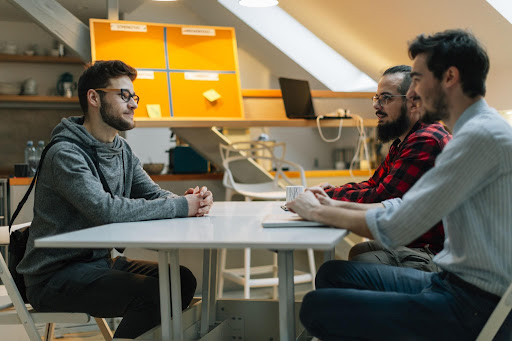 Some people would probably be happy if the tech industry did away with resumes altogether and instead just used LinkedIn profiles and other social accounts to manage their recruiting practices. In spite of the popularity of these kinds of services, they’re unlikely to replace traditional recruiting methods any time soon. If you want to finally land that dream job, then you’re going to want to take some time to sharpen up your resume.

The good news is that you probably won’t have to write anywhere near as much about yourself as you might have feared. According to one study, average resume lengths are generally less than 500 words. Most people don’t feel very comfortable talking about their own accomplishments, so the fact that your resume doesn’t need to be as long as may think could help simplify the chore.

On the other hand, you will want to pay some extra attention to the overall formatting of your resume to make sure that you don’t fall afoul of any unwritten rules.

Formatting a Resume for the Tech Industry

Computer industry insiders have insisted on the use of purely plain text resumes for some time, so there’s a chance that you might just want to write a flat TXT file and send it off to the recruiter. If you’re in this position, then you should consider yourself lucky because everyone’s resume is going to look more or less the same. That means nobody should look like the cream of the crop simply due to the layout of their resume.

Otherwise, you’ll probably need to use the so-called Roman Executive format, which is probably used by a majority of companies by this point. This is the standard somewhat dull resume format that probably comes to mind whenever you hear someone mention a resume.

Regardless of how plain things are, remember to add a profile photo as well as a cover letter that can help your resume to stand out.

Including a Cover Letter

Cover letters are easily forgotten, especially if you’re used to writing a casual resume. Many recruiters actually pay more attention to the cover letter than anything else that you might put in your resume, so it’s important to attach one unless you’ve been told explicitly not to include one. Don’t admit any of your vital details. Include your name, phone number, email address and the name of the company that you’re applying to work at. It might even be polite to include the name and any relevant professional titles of the recruiting manager who is going to be reading it. Considering that a number of larger tech companies actually do go over these by hand, it’s important to include it.

Recruiters will use various apps to sort resumes into various categories, and there’s little that you can do to game this in your favor. Even if you tried, it could be considered bad form to do so. In a few situations, such as applying for a highly technician position at a public sector employer, you could even be breaking the law.

What you can do, however, is make sure that your cover letter is so appealing that when recruiters finally do read it, they see that you’re a very different person than anyone else that they’ve gone over so far. Those who need resume writing help should seek out the services of a professional, since many recruiters won’t even consider applications from people who provide less than stellar resumes.

Once you’ve gotten this area sorted out, make sure to organize the remainder of your resume into standard sections.

What Information to Include

The exact layout of your resume is going to depend on the type of job that you’re applying for. Technicians will certainly want to include a key skills section, which should spell out all of their competencies directly related to the job that they’re applying for.

It’s important to customize your resume to the type of job you’re applying for when it comes to listing previous occupations as well. If you have a fairly long employment history, then it’s fair to cut it down to size in order to focus on the kind of experience that makes the most sense to your particular career. Coders and other developers might want to list projects they worked on as opposed to a traditional history.

Considering how many people now work so-called gig economy jobs, you might find that there’s no other realistic way to provide an accurate employment history. Some people have suggested that it’s better to include accomplishments instead of any chores that you might have had to take care of at work.

Increased sales or efficiency ratings are always good to include, but have at least some numbers to back these up. It’s better to say that you increased call success rates by 30 percent than to say that you answered more phone calls than people used to. That being said, you don’t want to lie or perjure yourself.

Stick to the truth and share your unique skills with your potential employer. That will ensure that the real you shines through to anyone looking to hire new technical candidates.