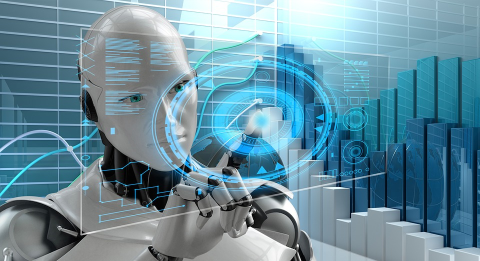 Have you ever watched a movie and thought, Wow! Wouldn’t that be cool in real life? Moviemakers have the luxury of being able to delve into their wild imaginations and bring those concepts to life on the big screen. But, as we’ve come to realize, the technology that is imagined in fiction often becomes a reality.

From Luke Skywalker’s prosthetic hand in The Empire Strikes Back to Captain Kirk’s flip/clamshell communicator in Star Trek, science fiction has often shaped the future of our tech. But what recent movie tech would be great in real life?

Robots that can pass as human

In Dennis Villeneuve’s Blade Runner 2049, released in 2017, Ryan Gosling’s character hunts down replicants – man-made robots almost indistinguishable from humans. These androids also appeared in the original Blade Runner (1982) film, which was directed by Ridley Scott. While the idea of real-life androids might be extremely cool, the fact that some models go rogue in the movie franchise could cause a little concern.

Scientists have already built robots that look and feel a lot like humans and artificial intelligence has also come a long way. But we are still a little off combining the two into passable human form. Right now, there is no reason to suspect that your neighbour might be a “skin job” genetically engineered in a laboratory.

Following on from the theme of rebooted movies, the recent Jumanji film and its sequel have proved to be massive hits. The original film, about a magical board game which brought animals to life, was a firm family favourite, so the producers took a risk giving it a high-tech update. In fact, the movie has produced other spin-off products including a console video game available on the Sony PS4 and a video slot game that can be played at the NetBet video slot game. The slot game is based on the original title from 1995 rather than the remake.

The video game theme forms the whole basis of the remake as characters are teleported into a virtual reality universe where they must play the game to survive. The concept of putting players inside the game was also used in the movie Tron (1982). But how near is this technology to becoming a reality? Well, virtual reality is already here. However, teleportation or downloading humans directly into a digital world remains a long way off – if it does happen at all.

Based on the direction in which current technology is moving, we may see something similar to the kind of virtual reality shown in Steven Spielberg’s Ready Player One (2018). This follows a similar theme to Jumanji, where the characters take on an avatar within the game. But in this movie, the players are not sucked into the game but remain in a room wearing a virtual headset.

If you need further convincing that movies can predict the future, just take a look at the 1968 film 2001: A Space Odyssey, directed by Stanley Kubrick. In the movie, characters can be seen using tablet computers very similar to what we use today.

Apple’s iPad arrived nine years later than the film predicted, in 2010, although other versions of tablets had existed well before.

So, are films predicting our future or are scientists and technology pioneers simply inspired by what they’ve seen on the silver screen? While it is probably the latter, the case remains that some of the tech a scriptwriter or studio creative invents today will become a reality in the future.