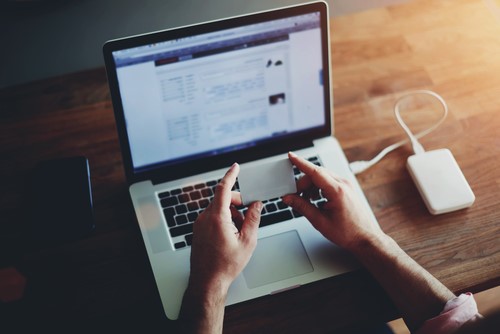 So, you’ve got yourself the latest Mac or one of the previous models. And you have plenty of ideas and time in the future for exploring all possibilities that Mac offers its users. When we obtain new hardware or a product, we try to see the limits to which we can push it. Even after a long time of the investigation, before the actual purchase, we want to know what are the potential opportunities for this product are suitable for use at the present moment.

There is a common mistake that owners of new hardware make. They don’t evaluate the worst-case scenario – online threats. And virus protection for Mac before a specialist or their friend pointed that out. With Mac, we are used to thinking that Apple products are much more secure in comparison to other hardware out there on the market. While, in some instances, it is true, Mac still is exposed to the threats that can jeopardize your data security and cause immeasurable damage to the hardware itself.

So, what can be done is some research, patience, and getting the right protection for your Mac. Sure, it would be cool to skip this part of your Mac experience. But the truth is that proverb “better safe than sorry” applies not only to everyday life situations.

Should I Really Worry about Viruses on Mac?

Indeed, some of the initial Mac malware wasn’t as crucial or identifiable in comparison to your everyday PC experience. Interestingly, for a long time, Mac wasn’t the priority of hackers and scammers, since the popularity of hardware wasn’t as spread as PCs.

Another aspect that made Mac a leader for their initial fortitudes is a Unix-based operating system that runs with many built-in security features. Apple knew pretty well what they should do to avoid unwanted data breaches and constructed security measures like the Gatekeeper. It blocks unapproved by Apple software to run and add any changes to the system without your agreement.

Still, according to Malwarebytes article, by 2018, Mac malware has evolved, and it may play a cruel joke on Apple users. This trend only grew and increased by 2019, when almost sixteen million accidents were reported in April. Of course, those aren’t great news, but still, your Mac would fight back, you just have to add an extra layer of protection to be sure for one hundred percent.

Therefore, it goes without a doubt that you might consider an additional shield to reflect the potential threats.

What exactly are these threats?

Six identified threats target Mac, and although there are many more titles that make every Mac fan shiver. We would name a few to prove the point that viruses get more sophisticated and can mess up with you: OSX/CrescentCore lurked on several websites, disguising itself as a DMG file of the Adobe Flash Player installer. This virus is actually a smart one and would look for antivirus tools before running. If you don’t have virus protection, then it would install a file LaunchAgent for Advanced Mac Cleaner app or a Safari extension.

It has surpassed Apple’s Gatekeeper since it had a signed developer certificate assigned by the company, which was eventually revoked by Apple. Therefore, it proves the point that it is possible to enter the system being unnoticed without additional software that would protect your Mac.

OSX/Linker exploits a zero-day vulnerability in Gatekeeper and then installs malware. Eventually, Apple fixed this vulnerability. But the mere possibility to search for these gaps underlines that there is nothing impossible for a virus, and if it evolves, it will find the path to your Mac.

Zoom is a video conferencing app, and you can guess what comes next after specifying what it is. It was revealed in June that it has a zero-day threat to add video calls without permission, and the Mac webcam activated. This threat was theoretical but still could present a serious security issue since others could access your webcam.

OSX/MaMi routes all traffic through malicious servers, which allows it to redirect sensitive information to hackers. It installs a new root certificate to enter encrypted communications, and attackers can perform man-in-the-middle trafficking without being noticed. The worst part is that hackers can take screenshots, generate mouse events, and execute commands, all while you have no idea that happens.

And that’s not even the end of the list of potential threats. That’s why virus protection is crucial even for the titans of the industry. The evolution of malware is a critical point that summarizes its potential danger.

You should spend some time researching and installing the best option for your Mac. Some specialists and articles can help you out with this complicated task. As a result, you would be more confident in your security and Mac, serving you for years to come.

Is the Apple Leather Sleeve worth it?