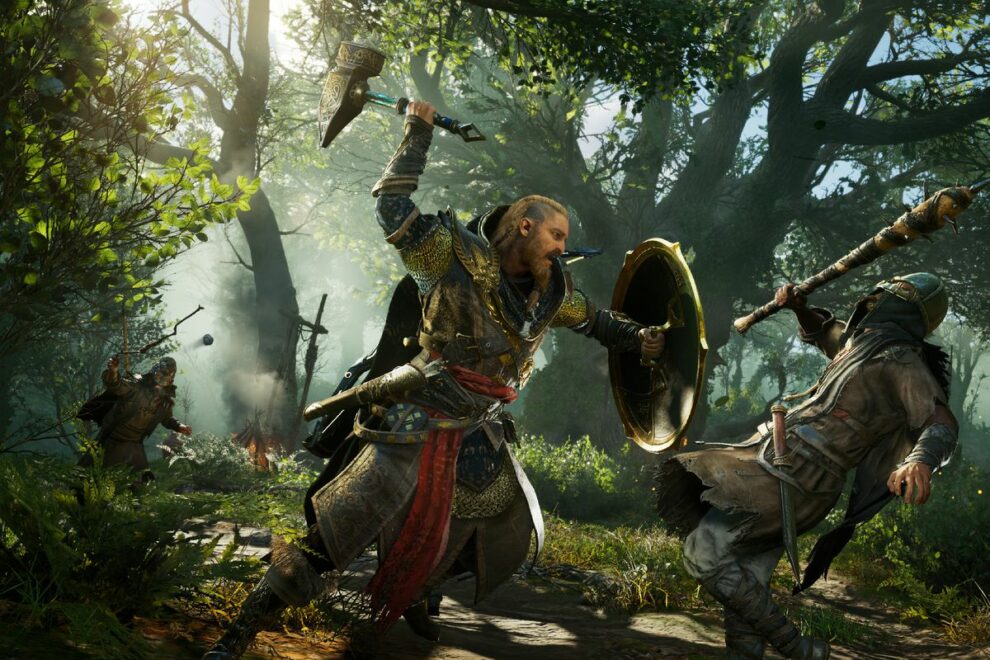 Assassin’s Creed game is one of the popular medieval games. If you are the fan of best medieval games ps4, then you can take a look at our pick of the best games of this genre. And today we will talk about Assassin’s Creed: Valhalla. Valhalla, the latest installment in the franchise, builds on the lessons learned from Origins and Odyssey, and has excelled somewhat more than its brethren in creating interesting side content.

Valhalla tells the story of the Vikings of the Raven clan who set out for England in search of a new home and fighting glory. Eivor and his (her) brother Sigurd must establish relations with the kings of neighboring lands. As the game progresses, Eivor must enter into an alliance with a particular region and complete a specific quest chain to do so.

The story missions are unlocked piecemeal, allowing the developers to manage side content. It’s a clear departure from the quest lines of the Odyssey, dragging the player across the vast map, discovering dozens of points of interest along the way. Valhalla is a little more forgiving of the activities available on the map and their number does not make the eyes scatter and players grab their heads trying to figure out where to go first.

Each story mission is intriguing thanks to a host of fun characters and an engaging narrative, helping gamers complete each region’s chain of quests before heading out to explore the territory. Side activities are brushed along the main campaign path for the most part and are short enough to feel like a curious distraction rather than an annoying challenge to players. You could say that, for the first time in the Assassin’s Creed series, there is some sort of balance between primary and secondary content.

A key factor in why this approach works is that the content fills a more compact map than usual. That’s not to say Valhalla is small — the game can take 100 hours — but the map is far less intimidating in scale than Odyssey or Origins. The former had countless islands separated by expanses of sea, while the latter was endless miles of desert. Valhalla, on the other hand, has more to explore and less time to travel.

The side content of Valhalla does not fall into the quest category. In fact, side quest markers don’t even appear on the map. This makes them more natural, you don’t have to mindlessly run from one marker to the next and click through dialogues without even reading them.

This has been the case with past Assassin’s Creed side quests. So many of them looped around camps and fortresses, whether it was robbing vital goods or eliminating a certain faction leader.

Each of Valhalla’s side quests — usually marked with a blue dot — is a special experience that can range from sentimental to silly. Somewhere the quest will make you laugh, somewhere it will make you think.

In Valhalla, players can’t be sure what to expect from the blue dot flashing on the map, since it’s not just a world assignment. Sometimes Avor will have to eat some mushrooms and solve a puzzle. Sometimes engage in combat. Sometimes solve a platforming task involving an animus glitch and the reward is short video clips that give a better understanding of the Assassin’s Creed lore. Although many consider this activity to be not the most successful.

Speaking of rewards, all of these sidequests greatly speed up character leveling up. Assassin’s Creed Valhalla has a nice skill tree and progression system that further encourages exploration of additional content. Including the search for various artifacts, such as parts of armor sets or weapons. What’s more, chests and valuable items are hidden behind puzzles, which makes finding items really interesting than just going from one marker to the next.

In addition to the main map, which is England, players will be able to visit other regions, such as Norway or Vinland. And at a certain point they can go to Asgard and find themselves in the body of Odin. The map of the divine realm is especially notable for how different it is from everything else in Valhalla, showing highlights from Scandinavian legends, such as the rainbow bridge Bivröst and the giant golden castle. Origins and Odyssey were also tied in part to the mythology of the ancient peoples, but neither of them invited players into the very abode of the gods.

The discovery of Asgard opens up not only a new part of the map, but also new side quests. The player can escape from the world of Valhalla at any time for a short time in the company of the Aesir, as well as, conversely, return to the real world at any time.