The latest game that Assassin’s Creed Series will bring us is different, probably with the best combat mechanic we had until now. Assassin’s Creed Valhalla will take place in the old world, while your character is going to be a Viking warrior. Its cause is to conquer, live, and die, all for the glory of their supreme God, Odin. In the text below, we’ll mention all the essential things about the game, including gameplay, storyline, release date, and everything else mentioned at Ubisoft’s event. Assassin’s Creed Valhalla will be released on the 17th of November this year with pre-orders already available at $59.99 on the Ubisoft Store for the standard edition but there are already cheap Uplay cdkeys of the game available on the game key marketplaces.

This part of The Assassin’s Creed series takes place in the old city called Valhalla. The center of the story is located in England. This was the Viking’s invasion of the country that started somewhere in the eighth century. Your character in The Assassin’s Creed Valhalla will be Eivor. He is one of the most skilled warriors in the whole Viking army, and he is the leader of the quest. He leads Vikings to conquer England and also to make Norse settlements. It’s evident that Ubisoft didn’t give up on the story, and like usual, it will be exciting to play it and learn some Norse mythology along the way. 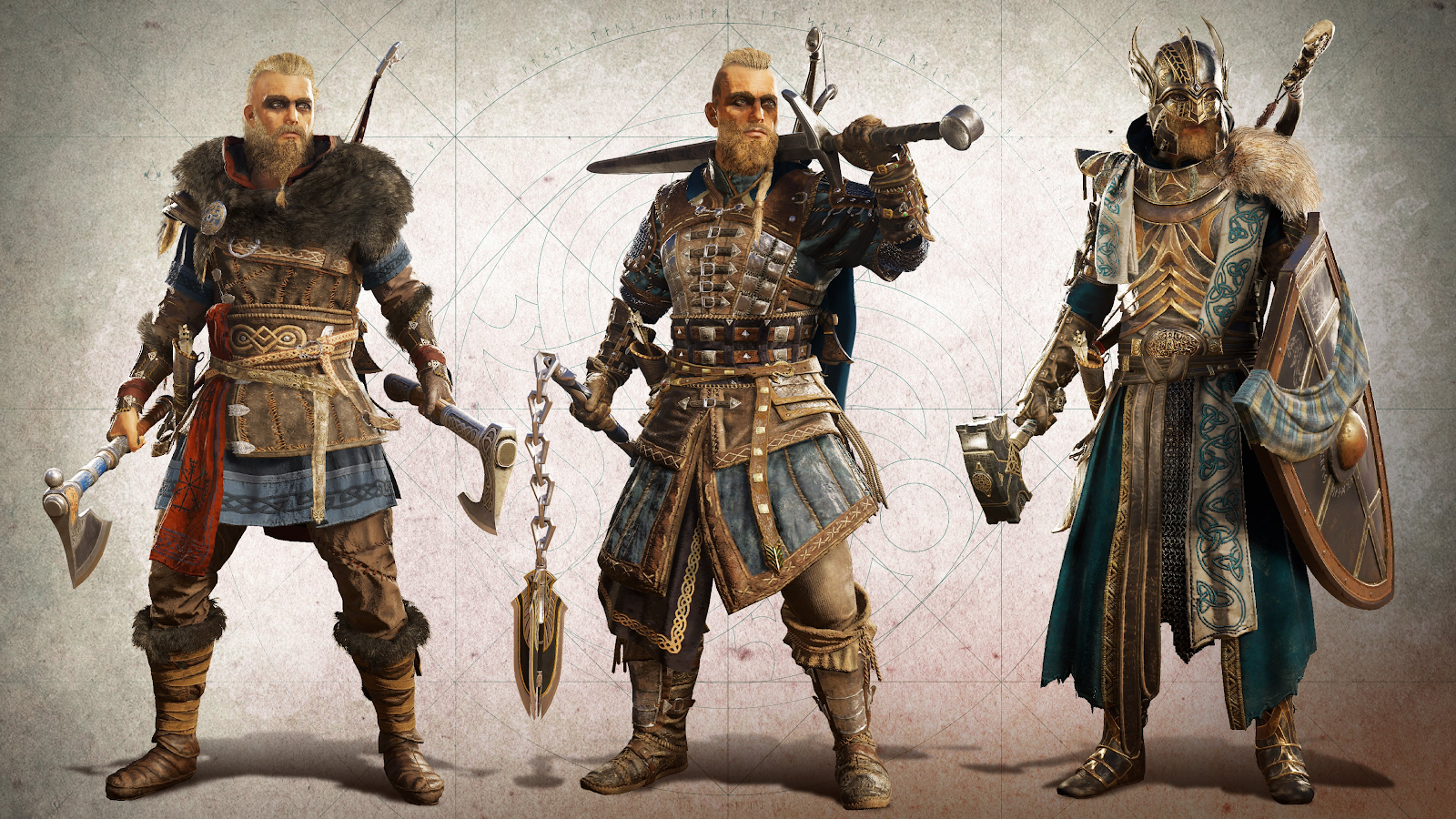 Assassin’s Creed Valhalla will have some elements that people enjoyed the most in the most recent Assassin’s games. One of them is the RPG element, meaning that people will be able to discover the world and play the side missions, making the decisions that may affect the game to have a different ending.

As for the characters, the leader, Eivor, can be either male or female, which will be up to you to decide. The customization of these characters will contain almost everything. You’ll be able to get your character a various cloth, design tattoos, and add practically any accessory you could imagine. Another exciting thing is that you’ll be able to change the gender of your character whenever you want, including the skill tree. Even those things can affect the story of the game, and we can’t wait to see how it’s going to happen.

The game director, Eric Baptizat, said that it was very crucial to them to make this as well. Everyone likes the RPG model of the games because you have a feeling you’re really there. Your decisions, character type, and acts will directly affect the potential outcome, making you feel like you’re really there. Since you’ll be able to change the character at any time, you won’t have to choose to play either mission for the male or female character. Once you finish the game with your male character, all you need to do is to switch on the female character. That’s how you can continue playing without having to restart and starting it all over again.

Something that’s a lot different than the previous parts is that the combat will be much more present. It’s not that the stealth is completely forgotten, but Vikings simply liked a bloody, messy fight, and the game creators wanted to make it as realistic as they could. So, they emphasize combat over stealth. In the previous parts, players were even rewarded if they took the less violent road. In the Assassin’s Creed Valhalla, the game developers encourage you to go into open combat, letting you customize the weapons as you prefer. It’s not just the look of the weapons; The customization will affect the combat skills & power, and the fight outcome will very much depend on it.

The Ubisoft focused on brutality so much that you can even see how your weapon goes through the enemy, penetrating and destroying his body. Although this was just a rumor, the game director confirmed it. If you compare the combat style with the previous part of the game, like Origins or Odyssey, there are some changes. Combat itself is much slower, but it doesn’t seem to be a bad thing at all. You’ll have a lot of different attacks to use, and while you progress, you’ll be able to fight and deliver much more powerful attacks.

If you ever watch The Vikings TV Show, you know that except for being phenomenal fighters, Vikings were amazing merchants and explorers as well. You’ll be able to build settlements, creating a new home in a foreign country. You can improve all the structures, and it gives you many benefits, depending on which building you upgrade. If you upgrade the barrack, it will provide you with more powerful troops, for example. Once you create the settlement, it serves you as a safe house. It’s also possible to ally with other groups, and potentially expand the reach.

The game will be available for PlayStation 4, Xbox 1, probably on Epic Games (epicgames) for PC, and on a new console, Google Stadia. The developers said it would also be available for both PlayStation 5 and Xbox Series X, but they didn’t set a date for it yet. Still, it’s believed that it will be released for PS5 and Xbox Series X while they release it for other consoles.

As for the pre-order, it’s available as well. You can pre-order any edition you want from Ubisoft’s site. Price varies depending on the edition, and it’s between 60 dollars (for the standard version) and Collector’s Edition for 200 dollars. Still, Collector’s Edition is not available at the moment in the US, because it was sold out very fast. It’s easy to get it tho; Just visit the Ubisoft Store in Europe and see by yourself.