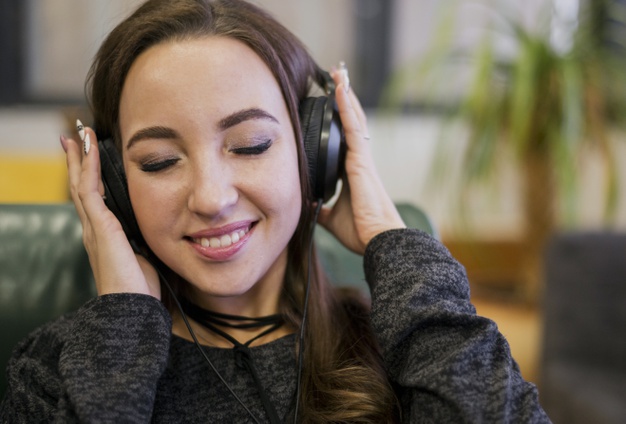 On December 9th, 2019, singer, songwriter, and artist Marie Fredriksson passed away at the age of 61 following a long battle with cancer. Fredriksson was best-known as one half of the rock and pop duo Roxette. Together with her collaborator and friend Per Gessle, she had many Billboard Hot 100 hits.

Her death left a void in the music community. It’s never been easier to create music page, and fans and writers have taken to the internet in droves to pay tribute to Fredriksson, who also enjoyed commercial success as a solo artist and as a member of Strul, a 1970s punk group.

In honor of Marie, here are 10 of the best Roxette tracks of all time:

The Look earned Roxette their first Top 10 hit in 10 countries. It reached #1 in the US, Switzerland, Australia, Germany, and Finland. Roxette had already released an album and several other singles, but The Look is considered their breakthrough track. Although Roxette were already popular in their home country, record executives had previously decided they were not suitable for the US market. Fortunately, an American exchange student who had recently visited Sweden asked his local radio station to play the song. It quickly gained the public’s attention and rose to the top of the charts.

The lead single from Roxette’s second album, Look Sharp!, Dressed For Success, was another international hit. It was a Top 10 hit in seven countries. In Australia, it rose to #3 on the ARIA charts and earned platinum status, selling over 70,000 copies. In the cover notes accompanying Roxette’s 1995 album Don’t Bore Us, Get to the Chorus!, Fredriksson stated that she and Per Gessle argued during the recording sessions, but the tension between them helped fuel her performance.

Written by Per Gessle in 1987, Dangerous was released as the final single from the Look Sharp! album in 1989. Although Janet Jackson’s song Escapade prevented them from reaching #1 in the US Billboard Hot 100 chart, it was still a commercial success, reaching the #2 position for two weeks. The song also entered the Top 10 in 10 other countries, including Austria, Australia, Poland, and the UK. The music video was shot at Borgholm Castle, Sweden.

Reaching #1 in Canada and the US, Listen To Your Heart, was one of the most successful singles of the late 1980s. Nearly 20 years later, trance act DHT recorded a new remixed version of the track, which also enjoyed notable chart success, hitting Top 10 charts in the UK, US, and several other countries. When writing Listen To Your Heart, Roxette aimed to create an American-style rock power ballad. Per Gessle later stated that he was inspired by a close friend’s “emotional turmoil.”

Taken from their first album, Pearls Of Passion (1986), I Call Your Name was released in just five countries: Luxembourg, the Netherlands, Germany, France, and Belgium. In the late 1990s, a new version was released in Spain, where it reached #25 in the music charts.

Arguably Roxette’s best-known track, It Must Have Been Love, featured on the soundtrack to the film Pretty Woman in 1990 several years after its first release. The original version was a Christmas-themed power ballad titled It Must Have Been Love (Christmas For The Broken Hearted). In 1991, Roxette recorded a country music-style version while on tour in Los Angeles. The 1990 version reached the #1 spot in 12 countries, including the US, Canada, Australia (where it earned platinum certification), and Denmark.

The first single from their album of the same name, Joyride, is an upbeat pop song about the experience of falling in love. It was yet another smash hit for Roxette, reaching #1 in 18 countries, including the US. It was a platinum hit in Australia and their home country. In 1992, it was nominated for a Juno Award in the category Best Selling Single by a Foreign Artist.

In 1992, Roxette released How Do You Do!, the lead single from their fourth album, Tourism. It reached the top of the charts in Norway and Spain and was a Top 10 hit in 11 other countries. It earned platinum status in Sweden and Gold status in Australia. In 2005, German band Cascada covered the track on their album, Everytime We Touch.

In 1994, Roxette released their fifth album, Crash! Boom! Bang! Composed in just an hour by Per Gessle, the song added a pop-punk element to the album, which Gessle had previously thought was too “grown-up” according to the notes accompanying their later album, Don’t Bore Us, Get to the Chorus! It was well-received across Europe, reaching the Top Ten in 11 countries, including their homeland. However, it did not do so well in the US; it only reached #50. Sleeping In My Car was Roxette’s last appearance on the Billboard Hot 100.

The Centre of the Heart is an electropop track from Roxette’s album Room Service. It rose to the top of the Swedish charts and stayed there for a month. Per Gessle originally wrote it for the duo’s previous album, Have a Nice Day. A remixed version of the song featured in several video games, including Sony’s Dance Dance Revolution and Dance Dance Revolution Extreme. The song was released with an accompanying video shot at the Madonna Inn, California.

For many pop fans, Marie Fredriksson and Per Gessle were among the best artists of their time. According to an official statement released by Roxette’s management company, Dimberg Jernberg Management, the duo sold over 80 million records. Fredriksson left a lasting impression on 20th and 21st-century pop, and her performances will be fondly remembered by many.

Tips To Design Your Wedding Invitation

Perfumes and Gender: Truth and Stereotypes

Friendship Flowers: Find The Best Flowers To Send To A Friend