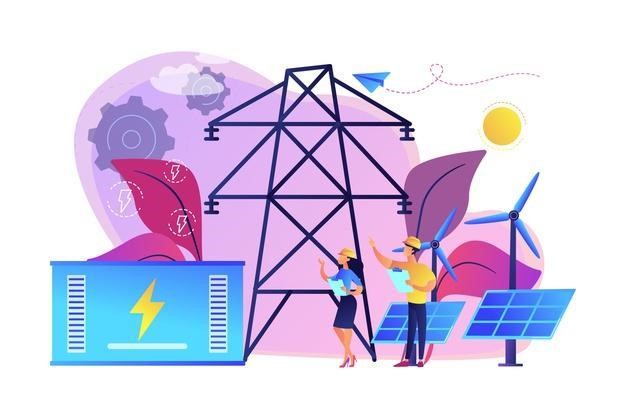 Li-ion vs Lead-acid: How to Choose the Right Battery for Your Solar Energy System

Solar energy systems often include an inverter that converts direct current (DC) from the solar panels to alternating current (AC) which can then be used by household appliances. In the case of surplus solar energy generation, the excess energy can be either stored for later use or transferred to the utility grid. Solar storage, or battery, stores surplus energy produced by the solar panels.

Factors such as solar battery price and the kind of solar energy system—off-grid or a hybrid solar network—determine the type of battery you must get. For example, an off-grid battery, used with an off-grid system, is self-sustaining while a hybrid battery would supply energy to the grid as well as store some for future use. Which battery would suit you best depends on your network type and your needs:

Lead-acid batteries are one of the oldest and most popular types of solar battery. One of its variants, a deep cycle battery is a rechargeable lead-acid battery with thick active plates and separators comprising high-density alloys. Such construction enables the battery to be deeply and regularly discharged up to 70 per cent of its potential. The life of a deep cycle battery depends on the number of times it is regularly discharged. Such batteries are reliable and cost-effective and are considered perfect for off-grid power systems.

A Li-ion battery uses lithium ions as the main component. Due to their lightweight, high efficiency and energy density proportions, Li-ion batteries are often used in solar storage solutions. There are various types of Li-ion batteries such as lithium polymer, lithium-ion phosphate (LPF) and lithium manganese cobalt oxide (NMC). Besides, there are also various lithium chemistries available. If you are looking for a reliable and cost-effective Li-ion battery, then get an NMC or LFP battery. They are widely used in hybrid and off-grid solar power networks.

Usually, Li-ion batteries are more expensive than lead-acid batteries. The extra cost associated with Li-ion batteries is due to the complexity of lithium battery modules that are composed of hundreds of cells assembled together in a complex electronics system. Individual cells have high energy density and may get heated during usage. Hence, they need complex control systems to monitor voltage and cell temperatures. Such a control system is called a battery management system (BMS), and it adds to the cost of the Li-ion batteries.

Before choosing a battery for your solar energy system, assess your priorities in terms of cost and needs, and pick the most optimum one for your hybrid or off-grid solar system.