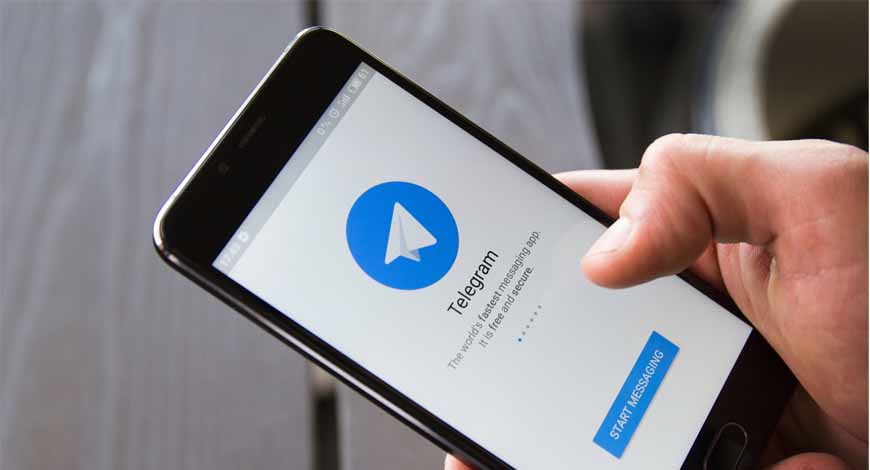 The live-streaming feature is not something that’s totally new. But despite the current situational condition of the pandemic, live streaming has gained recent relevance as a form of entertainment. The number of views has grown, and many new features are gradually introduced, expanding the chances for creators to grow more within their market.

With the upcoming update, Telegram wanted to bring something new to its live-streaming feature. This is neatly packed within the 8.0 version of the Telegram update, which users can download pretty soon. With the increasing popularity of live streaming, almost any social media today has this feature. Along with Instagram and Facebook, Telegram also wanted to make the feature more pleasurable and enjoyable than before with limitless users on a live stream.

Now, before digging deeper into the news about the update, have you been familiar with Telegram?

What You Need to Know About Telegram

Well, due to rumours and bad news about WhatsApp, it’s understandable that many people are considering leaving it for good. Because the main telecommunication app is now gone, what is the alternative?

The good news, Telegram has arrived without a big banner of Facebook flapping around.

Telegram entered the competition back in 2013; it’s currently having its moment growing in the market that is mostly filled with teenagers and young adults. Coming in the best time when WhatsApp has its own controversies, the company that focuses on privacy wanted to provide one-on-one security messaging completed with social features.

In the first growing months, Telegram has successfully received 25 million users. Well, look at the numbers now. Telegram has claimed that it has 500 million active users on the platform.

Looking at the history, the story of Telegram and Facebook are quite similar. Telegram was founded by two Russian men, Pavel Durov and Nikolai, his brother. They present as founders as well as the CEO of the company.

Pavel Durov is not an ordinary man. Some say that he’s the copy of Mark Zuckerberg, Russian version. Aside from bringing life to Telegram, he also founded Russian’s most prominent site for social networking, VK. It made him wealthy beyond comprehension.

The initial flow of Telegram users were the people who wanted to seek a better alternative to Whatsapp. By better, that means a more secure, safe, and private social messaging app. Despite the company’s goal to always focus on security, history tells us the contrary.

Even when they claim to be the most secure messaging app, Telegram doesn’t actually have end-to-end encryption by default. The encryption ensures that only the parties are involved in the conversation, which is sender and receiver. They are the ones who can only read the messages.

Truth to be told, live streaming is a massively used feature in any application that put “social” within. Not only limited to social media, but the live streaming features also exist in marketplaces.

Seeing the growing trend of live streaming, it’s inevitable that it’s a prominent feature of social networks. Based on a survey by GlobalWebIndex in 2020, the data shows that 32% of Youtube users have watched live streaming videos on the platform.

The ones who gained a lot from this are the social media, namely Instagram and Facebook. The giants of social media platforms have had a growing number of live streaming viewerships recently.

As for the marketplaces, live streaming is a feature considered a way of engagement by influencers to consumers. Live shopping, however, uses influencer marketing to boost the sale of a particular product.

Despite the fact that it’s still an exploratory marketing format, the primary method of using influencers to promote and getting something is what makes it shines. People will feel more connected to the popular creators they like, with only distance as a border.

But sadly, that’s not the only thing that matters. Internet connection is mandatory. Without it, we can’t basically do anything related to the internet, even streaming Netflix content. Fortunately, you can solve this problem easily with the best Netflix VPNs that lets you stream without interruption. With the problem gone, enjoy streaming anytime and anywhere you desire.

Telegram clearly wanted to invite bigger audiences to the platform. The previous update, Group Video Chats, allows users to communicate with others with screen sharing. Now with a recent update, the messaging platform allows unlimited viewership, facing direct competition with the competitors on the market. Plus, users are now able to have their TV stations or series, which is pretty similar to a feature on another platform.

When a streamer doing a live broadcast, viewers can use “raise a hand”, which allows them to speak only if the streamer permits.

But is it the only worth-to-mention feature of the newest update? Surely not.

Telegram also created an update regarding messaging flexibility. For example, when forwarding a message, users can now preview and do a little bit of customization before sending it. They can remove the sender’s name, captions or change the recipients.

How Can You Master Google Ads Management?