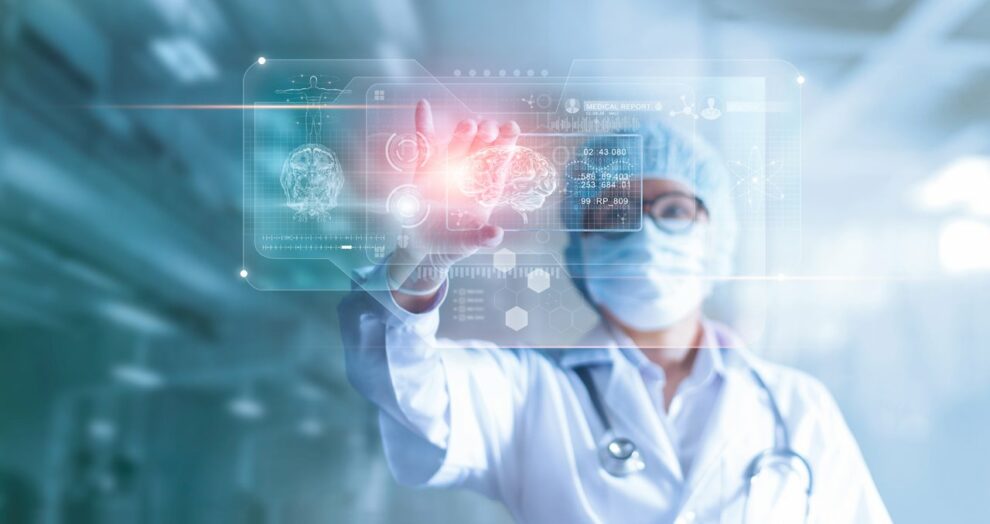 Throughout the Coronavirus pandemic, there were regular changes taking place, since new information was coming in, every day, which forced the Government to keep updating the medical rules and healthcare systems. The UK and the United States were among the worst affected with the virus, with significantly high numbers of people catching it. According to several reports, at the peak of the pandemic, more than 65,000 people were catching the virus each day. While the numbers in the United States were significantly higher, the process was doubly challenging.

While there were changes that were taking place in the US, concerning the COVID-19 outbreak, there were similar changes taking place in the UK too. Other than the Coronavirus, the UK Government was dealing with a lot more. The UK Government, after a lot of back and forth, finalised their Brexit move. They spent a long time talking about moving out of the European Union, with constant changes, followed by the Coronavirus pandemic, delaying the move. Finally, at the end of 2020, after dealing with the Coronavirus for nine months, with the country in a slightly better state, the Government finalised the changes and sealed the Brexit move. They had to pay attention to other changes, including the pile-up of people flooding into hospitals, sick from the Coronavirus. Without a cure to the Coronavirus, the Government was unsure how they would deal with it, and their only goal was to protect all their doctors and get as much help as possible.

Doctors moving to the UK was positive during the pandemic

The largest number of doctors in the UK are from India, with the country having 25,281 doctors who studied and many finished their medical school in India. Furthermore, with the Brexit changes, there was a need for many more doctors in the country. The healthcare system also called the NHS or National Health Services for the entire European Union was run by these doctors for more than half a century. However, some significant changes were taking place with the EU and the UK not falling under the same umbrella. EU trained doctors would not be able to work in the UK and have to match the new requirements if they wanted to work within the United Kingdom.

Similarly, the country could not choose to be as picky while reeling from a pandemic that brought some significant changes. At its height, it seemed like hospitals were not capable of supporting the massive number of patients coming in, and doctors working on the patients went through the process. They were working long hours and additional days to keep up with the workload and protect the lives they swore to look after.

At some points, when the number of cases spiked in the UK or any country, most of them would call for a lockdown to get the numbers back under control. During these national lockdowns, people could not leave their homes unless for essential services. While most companies and businesses would complain about mandatorily shutting their doors; essential services like vehicle repairs, medical assistance, emergency services, and homes assistance had to stay open since these were services needed by all. The Government also created its own rules about companies assisting with the Coronavirus efforts in some way or the other were allowed to open their doors. They implemented changes so companies could help with Coronavirus efforts and reduce the burden, without getting many infected.

The Government implemented many other changes and regulations for the safety of people and to make sure they did not catch the virus. These included mask mandates stating that people had to wear masks at all times if they were heading out in public. They also added rules about social distancing in lines and other crowded places. There could only be a specific number of people in closed spaces, including offices, restaurants and diners, but if they moved them outdoors, they could increase the number of customers coming in.

There were other rules about staying out in groups as well. When the number of cases and infections increased, most Governments pushed for a lockdown. They made changes in the UK, allowing only small groups of people to meet, making the process significantly easy. While most companies and businesses had to stay indoors and could not leave for the office, essential services were running. Doctors did not have the luxury of staying home and were working through the pandemic. Working with such a large number of people who were infected meant

that there was a chance that they could catch it as well. The medical system needed all the help and assistance they could receive, so they began hiring new people.

After December 2020, with the ending of the Brexit transition period, there were massive changes to the registration process for doctors with non-UK qualifications. There were courses and tests that they had to clear if they were planning on working under the new rules. They implemented these changes following the UK’s withdrawal from the European Union. GMC chief executive said that employing doctors from outside the European Economic Area (EEA) was an uncertain route, especially if they were planning on boosting doctor numbers. He additionally suggested that growth in this area would slow down significantly. There were talks of holding on to and urging the doctors who rejoined the NHS workforce during the pandemic, to stay and assist the UK so they could cope through the pandemic. Additionally, they looked at it as a positive since there was a decrease in overseas recruitment triggered by COVID-19.

Similarly, across the world, when doctors, nurses or other medical professionals were applying to get through the registration and assist with the COVID situation, there were some rules that they still had to follow. Most private companies were asking for changes occasionally handled in the past but were not the rules. Background checks were now the norm, and most of the companies there made it mandatory for the people they were hiring to get through a background check so they could know whether they had a criminal record or not. There were other reasons for a background check as well. Since doctors worked with different patients of all age groups, they wanted to make sure there were no issues when hiring or working with those people. Even

volunteers assisting in a medical line or planning a part-time course now had to get a test. Getting the background check was a bit of a challenge for students studying abroad since the country would not have their information, and they would have to gather it from their embassy.

Employers, when hiring for their company, should focus on creating teams that work well together, gelling with one another which is crucial when getting things done. They have to get along and be a good fit. Depending on the position they were hiring for or the details of the job description, the test conducted would vary, and in some cases, they would need more information about the person.

How CBD Combined with Medical Mushrooms Can Boost Your Immune System

How to Ensure Your Texts and Emails Don’t Violate HIPAA?

What do you need to start cultivating cannabis?