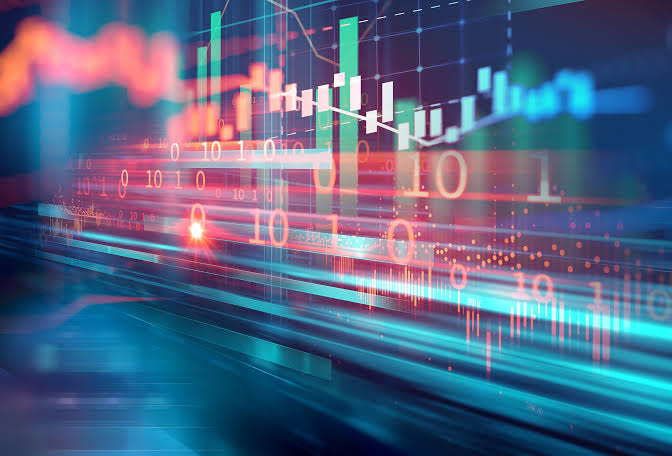 We’re Not in Control

Rob Booker is a man of many things. He is a strategist, an optimist, a perseverer. But what he is most is a realist. He knows how the world works, how people are not in charge. As Shakespeare once famously wrote, “all the world’s a stage, and all the men and women merely players.” This holds especially true in Booker’s blog post, “At the Wheel,” among many others. As an experienced trader, Booker has seen the ups and downs that are commonplace within the stock market and evident within his line of work itself. Many people see trading as the answer to all life’s problems, a way to get rich quick with little effort. Booker dispels that idea, replacing it with an idea few can accept as truth, even when they see it in front of their own eyes. As Booker says, “you’re not in charge.” This can be a difficult thought to follow, especially for those, quite many people it seems, that go into trading with the idea that they will be the master of their own fate. Ultimately, the market is the master, not the trader. The trader is merely riding along the waves of the ocean that is the stock market. There is no perfect strategy to navigate the waters, and even someone with knowledge of the system like Rob Booker crashes into rocks once in a while.

It’s a Game of Survival

Rob Booker makes it clear that trading is not for everyone. It is not a get rich quick scheme, nor the solution to the problems of the world. In fact, it causes many problems of its own, even to the experienced of the bunch who are expected to be masters who could do no wrong only to be ridiculed as a fraud when things don’t turn out the right way. Booker admits that though he has knowledge of trading, it is a cruel mistress that changes its mind at every turn. He’s lost quite a bit of money, $50,000 on one trade alone, when the market took a bad turn, but it’s not something for an experienced trader to call it quits on. It is a punch to the ribs to be sure, but one trade is not important. For Rob Booker, the trader himself is what is important. The trader, through what Booker calls “grit” in his blog post, “The Number One Attribute of Successful Traders,” can survive. And that is what it’s all about. Though to make it big is the prized goal, merely surviving the crashing waves of trading is what the game is. The best of the best survive, take the losses, and persist to get the fruits of their labor, the gains they work hard enough for to obtain.

For Rob Booker, “grit” is the mark of a true trader, you can learn more about this on his site Rob Booker Report. It is with this unfailing persistence that he believes profit can be made from such a stubborn system such as a trading. Given that trading is not for the faint of heart, those with grit possess the necessary stamina and persistence to see things through to their resolution. It’s not sunshine and daisies. Quite frankly, the losses in trading can be quite substantial and disheartening to even the most experienced of traders. But with grit, losses are seen merely as necessary evils on the path to success, the payments for participating in a system that can prove lucrative for those that keep on going.

Booker brings home the point of “grit” by putting traders in the same boat as police officers, doctors, and fire fighters. One may look at this comparison and think Booker has no right to put a trader, one who deals with economics, in the same category as those who work to save lives, but ultimately they all possess the same persistence to achieve their goals, in equally as precarious of workplaces. It’s the will to survive that’s important for Booker. Losing is inevitable, no matter if its a trade or failing to keep someone alive. It happens, often through no fault of the person actively trying to achieve their goal. What matters then is continuing on, for the next case may just be a win, a life saved, a career fulfilled. While trading isn’t for everyone, in Booker’s eyes, if you got the grit you got the potential to do it.

As a realist, Rob Booker knows, and is fully comfortable in revealing the true nature of trading, that it’s about the larger picture, not individual trades. In his blog post, “The Trick to Trading,” Booker admits he had fallen into the trap many traders fall into, the one where the pursuit of profit is given so much attention that only wins count. Strategies are then formed to get those wins, and any losses in that strategy are ignored. The strategy is treated as gospel, regardless of its inefficiencies. This, according to Booker, is not the way to look at trading. Individual trades do not matter. They only matter in the way they contribute to the whole, to the “portfolio” of a trader.

Booker stresses the importance of a trader’s portfolio. It will obviously not be filled with all wins, as that is not how the world of trading works. The portfolio reflects the success of the trader in navigating the trading system, the knowledge learned from losses and wins as well as what kind of character the trader is. For Booker, a well-built portfolio is the way to go in the trading system instead of relying on strategies that people try to use as a cookie-cutter. Use the tools of the trade, the examples of the system, the trades that define a trader’s success and failure, and become a successful trader. Ultimately that is what Booker is calling for, the successful navigation of the trading system through proper tools and a realistic vision of what it’s all about. It is about persistence, grit, and the acceptance in the fact that the trader is merely a navigator. He does not control the waves.

Already Have A Blogger Outreach Strategy? Here Are A Few Tips To Amp It Up And How A Blogging Outreach Agency May Help!

10 Stock Photography Tips to Start Earning as a Freelance Photographer

How Gamification is Transforming Customer Loyalty