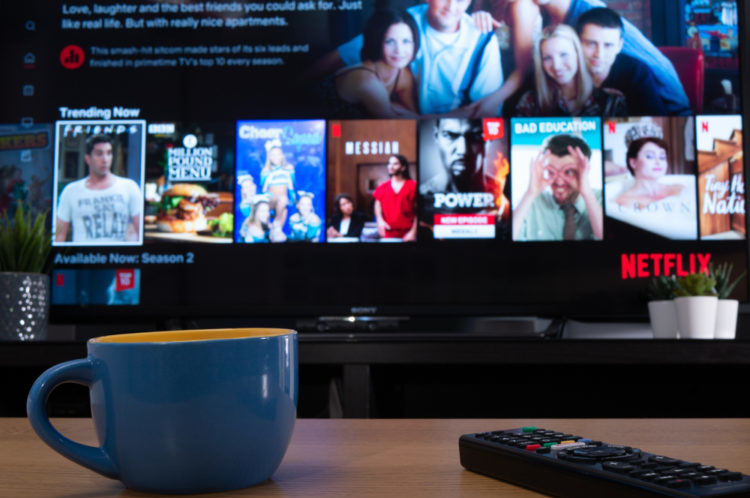 More and more people are now consuming video and television content online and with the rise of Netflix, YouTube, and other on-demand online ‘TV’ platforms, there is a growing belief that this on-demand OTT model will totally replace our traditional TV broadcasting experience or linear TV programming.

However, various studies have suggested that linear TV programming and linear streaming over the internet are in fact, still very relevant. People of all ages are still consuming linear content, contrary to the popular belief that traditional TV is only for the older generation.

What Is Linear TV

Linear TV refers to the traditional, 24/7 broadcast of traditional television. The TV station is airing 24/7 and shows are aired on a set schedule. For example, if a sports event is broadcasting every Friday at 7 PM, then a viewer who wants to watch this content must tune in to the respective TV channel Friday at 7 PM. We can’t fast-forward or reverse the content unless it’s recorded first.

Linear live streaming isn’t necessarily the same as traditional live streaming, with the key difference being the 24/7 continuous broadcast.

On-demand TV or also called video-on-demand (VOD), on the other hand, is delivering your content without a set schedule, and your viewers have the ability to choose and watch any content whenever they want (and on any device they’d like). YouTube and Netflix, as we’ve discussed, are examples of on-demand TVs, which we can also call ‘non-linear’ TV.

So, with the versatility provided by the on-demand TV model, why are people still watching linear TV? We will discuss this right below.

The Advantages of Linear TV Programming

There are two main advantages of the linear TV programming model, giving viewers the reasons to stick with this model.

First, is the case of option paralysis in on-demand TV platforms. With so much content available on on-demand platforms like Netflix or YouTube, people are instead experiencing confusion and numbness in choosing which content they’d like to watch. The passive and more laidback nature of the linear TV, on the other hand, allows us to stay back and focus on the content instead of making the choice.

Option paralysis causes us to spend too much time on the ‘decision-making’ process rather than the actual watching, and so apparently having more freedom and more options aren’t always better.

The second benefit is that the on-demand TV model is typically much more expensive to maintain and much harder to grow on a long-term basis, especially if it is using subscription-based monetization. If, for example, an on-demand TV platform only has one good series, it might not justify the subscription fee. This is why Netflix invests billions of dollars in content and even until today, Netflix is still not profitable.

These two reasons alone have caused the linear TV programming model to have its ‘resurrection’. Amazon, for example, has been reportedly planning to launch its own linear TV service as part of the Prive Videos subscription, and many other big players are also considering the same thing.

It is quite possible that online linear TV will be the future.

Although as we’ve discussed, linear TV is definitely here to stay, it’s quite obvious that there are some considerable challenges the broadcasting model will face, including but not limited to:

Back in 2018, a study has suggested that younger people now spend more of their time watching Netflix than all the BBC channels combined.

Netflix and all the other on-demand platforms like Amazon Prime Videos, Hulu, Disney+, and others are definitely a major challenge for the linear TV model. Not only because they offer more versatility for the viewers, but they also offer platform-exclusive shows and some of the best content available. Marvel Cinematic Universe and Star Wars shows on Disney+, for example, are obviously major challenges for any linear TV station.

The linear TV station must stay relevant and competitive, not only regarding content but also things like user interface, performance optimization, and more while also leveraging the natural advantages of the linear model–as discussed above. For example, linear TV has the advantage in delivering local and time-sensitive content (i.e. news, live events), and obviously the ability to cater to the older audiences that aren’t interested in making the switch to on-demand.

It’s very important for the linear TV station to really understand their ideal audience. In the linear model, we ‘push’ the content to the audience and don’t have the versatility of choice as in the on-demand model. Thus, a linear TV station must be proactive in publishing relevant and attractive content and introducing them to its viewers. We would leverage the linear TV’s advantage in ‘surprising’ viewers and helping them discover new content.

At the moment, the versatility of on-demand platforms like Netflix is still winning the market share, there’s still a lot of room for linear TV programming with its loyal audience. Linear TV will still have its place, and at the same time, it’s now much easier and affordable to create your own linear channel that can also include on-demand content with online TV channel software like Viloud.

However, it’s important to be proactive in promoting both the linear TV channel and the content to attract our target audience’s attention. With the availability of thousands of content on various platforms at the moment, competing for attention is obviously difficult, and this is where a proper marketing strategy is required.