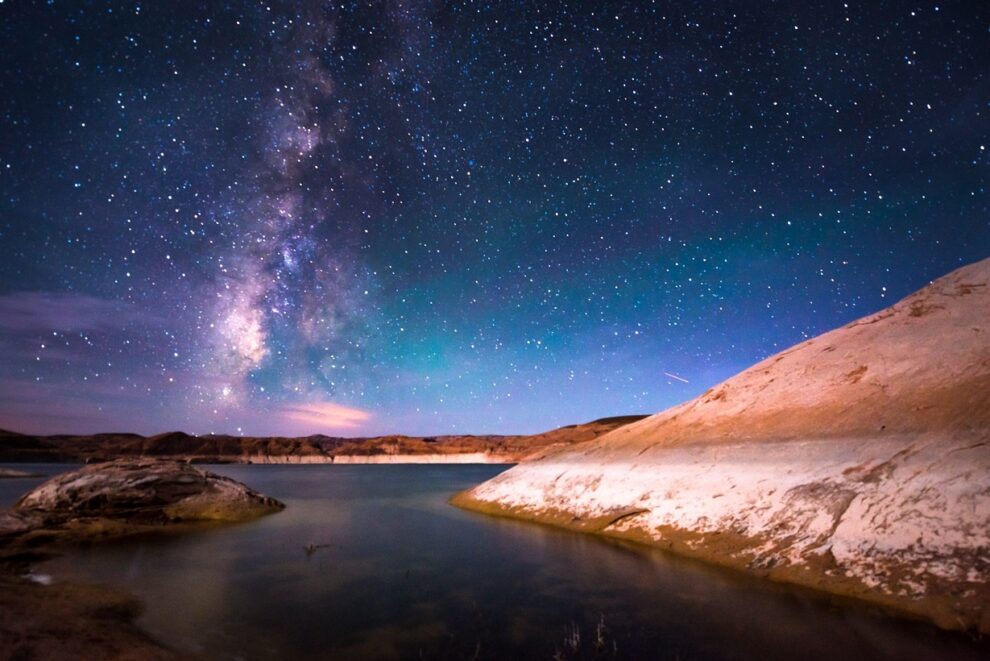 From the perspective of an inhabitant of our planet, it is sometimes very difficult to define its position in the universe. Each of us knows that we live on Earth – one of the planets of the solar system, and everyone knows that the solar system is located in the Milky Way galaxy. But what exactly the Milky Way is and where we live in it is not common knowledge anymore. Therefore, in the next few articles I will try to bring it closer to you – our cosmic home, our closest stellar surroundings.

From the Earth, we will see the Milky Way at night as a bright streak of diffused light, crossing the sky from horizon to horizon. We will not see the characteristic disk with spiral arms – for this we would have to be far from the Milky Way and look at it from the outside. This is the same situation as if we wanted to take a picture of the house while sitting in one of its rooms.

Already four hundred years ago, Galileo learned the true nature of the Milky Way. Looking through his telescope, he saw that, in fact, the entire Milky Way streak was made up of densely dotted stars. However, humanity had to wait three hundred more years to know the true size and structure of the Milky Way. And today, buying someone a star is the order of the day if you want to give an original and most memorable gift.

The structure of the galaxy

The easiest way to recreate the structure of our galaxy seems to be to measure the distance and position of the stars that compose it. However, this is not the easiest task, because visible radiation emitted by stars is highly scattered and absorbed by dust filling interstellar space. Near infrared observations are much more suitable for this – radiation is then scattered to a much lesser extent on dust grains, thanks to which astronomers get a clearer image of the Milky Way.

The Milky Way is one of the spiral galaxies. This means that if you look at our galaxy from above, you would see that the galactic disk is arranged in the shape of arms emerging from the central bulge. The mere fact of the existence of the arms does not result from the fact that there are more stars in the arms than between the arms, but from the fact that they contain particularly hot, bright O and B stars (about star classification soon).

The shape of the spiral arms indicates the dynamics of the galactic disk.

Although most of the Milky Way’s mass is contained in the galactic disk and the central bar, detailed observations have allowed scientists to spot another component – the so-called a stellar galactic halo approximately 109 solar masses. 1% of this mass is made up of globular clusters – densities of usually old stars, containing 100,000. up to a million stars in volumes just 6 to 60 parsecs in diameter. Astronomers estimate that about two hundred such clusters orbit the Milky Way. The rest of the stars that make up the galactic halo are stars scattered around the spherical surroundings of the Galaxy. It is worth noting that the galactic halo is mostly composed of stars. The gas content of the halo is negligible compared to the gas content of the galactic disk. 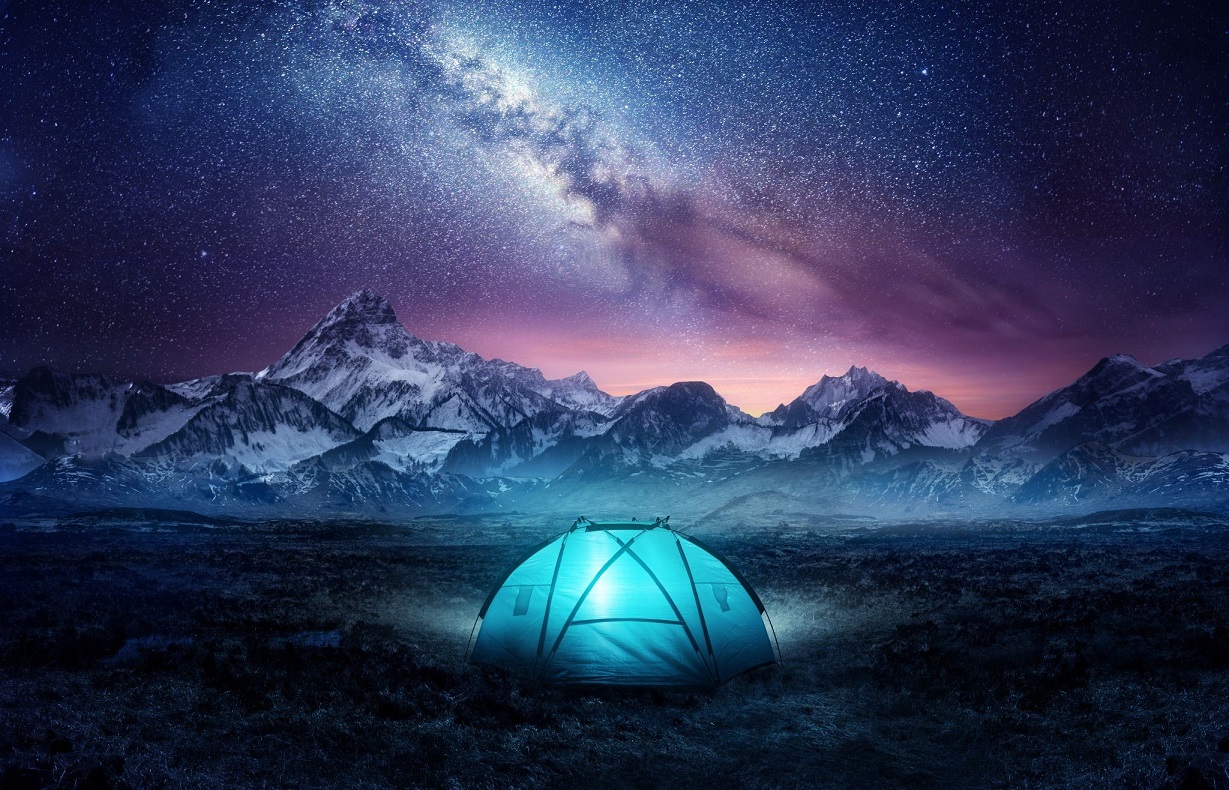 Stargazing for everyone – it is an extremely relaxing and profound experience to look up at the night sky dotted with bright spots.

It is estimated that there are 100 to 400 billion stars in the Milky Way, with a total mass of about 1011 solar masses. The vast majority of stars are in the galactic disk. They differ in weight and age, as well as in chemical composition. The brightest stars in the Milky Way are either spectral type O or B – large, bright, blue-white giants. However, numerically the most stars in our Galaxy are from the other pole of the spectral classification – they are the so-called red M dwarfs, i.e. small, relatively cool, but very long-lived stars whose estimated total lifetime is many times greater than the present age of the universe.

We find all kinds of stars in different parts of the Milky Way. For example, in the galactic halo and in the central bulge, stars much older than in the galactic disk orbit. In general, the stars that make up the Milky Way can be divided into three separate populations.

The gas and dust in our galaxy are found primarily in the plane of the galactic disk. This kind of dusty gas is extremely flat – extending only 100-150 parsecs above and below the plane of the disk (the disk of stars is twice as thick). The gas in the disk is 70% hydrogen and 28% helium. In turn, dust consists of fine grains made of compounds of carbon, oxygen, silicon and other metals. From the outside, the dust grains are often covered with water ice, ammonia or carbon monoxide. The size of the dust grains is similar to smoke particles (10-7 to 10-6).

It is a form of matter that is still elusive to us, which does not interact in any way with light, and so far has not been directly observed.

With an overview of the general structure of the Milky Way behind us, in the following sections we will be able to take a closer look at its individual components – to which I invite you now.

10 Best Movies and TV Shows to Watch on Netflix Canada

The Fastest Motorcycles in the World in 2021